Developers and real estate agents are embracing virtual and augmented reality technology, as well as sophisticated video animations, to ensure listings stand out in what is becoming an increasingly crowded residential property market. 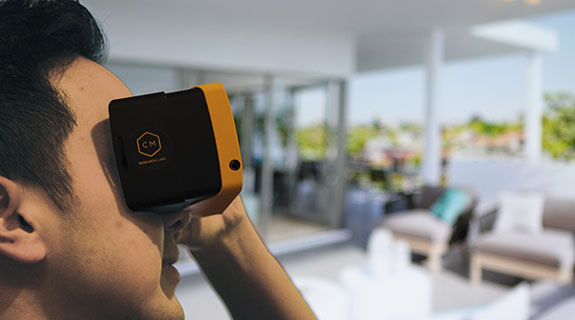 Developers and real estate agents are embracing virtual and augmented reality technology, as well as sophisticated video animations, to ensure listings stand out in what is becoming an increasingly crowded residential property market.

The latest data from the Real Estate Institute of WA show there were 14,250 properties listed on the market this week, 30 per cent up on the same time last year.

To that end, Realmark has unveiled what it claims an Australian-first tool – automated video production that animates high-resolution digital photographs.

Mr Percudani said the animated photos were integrated with video of the area in which the property was located to give a buyer a feel for both the house and the suburb.

He said the new tool was designed to provide much better online engagement with prospective buyers, early in the marketing process.

“The online experience is very important because the consumer is doing a lot of virtual engagement before they do the physical engagement,” Mr Percudani told Business News.

“It’s important to get that right otherwise you’re not going to get the clients coming to your seller’s property.”

“We are going to have virtual home opens, it’s inevitable,” he said.

“But a lot of the industry is still doing what it’s always done, they’re not really reacting to a different way of communicating with a client.

“Those making these sorts of steps to move progressively to a more dynamic online engagement that actually has meaning rather than gimmick, then there is no question that those agents will become more valuable because they will be able to package that marketing and deal with the inquiries based on the consumer having a deeper understanding of the property.”

Realmark isn’t alone in embracing cutting-edge technology to make its listings stand out.

Apartments developer Psaros recently unveiled technology that allows prospective buyers to take a virtual tour of a property before construction has begun.

The virtual reality headsets, developed by Perth-based company Constructive Media, are being used for pre-sales at Psaros’s Park Avenue project.

Psaros chief executive Danny Psaros said the technology enhanced a buyer’s understanding of what they were buying off the plan.

“Buying an apartment off the plan is a big decision in anyone’s eyes,” he said.

“Through the use of VRT, we’re giving people an entirely new perspective and something which really lets them see themselves living there.”

Another Perth-company using new technology to help land property sales is Virtualiis, a software development firm that provides augmented 3D models to help buyers view apartments or houses that haven’t been built yet.

Customers are able to point their smartphones or tablets at a code on a signboard or in a print advertisement, and a model of the development, which can be viewed at any angle, will pop up in the Virtualiis app.

Colgan Industries and MLG Realty are among the Perth players to use Virtualiis to market properties.