Not all local stockbrokers have been hit by falling commodity prices and the downturn in the mining sector. 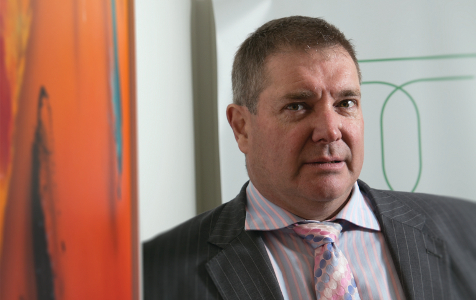 GOOD MOVE: Peter Sheppeard’s decision to focus on technology investments has been a timely one. Photo: Attila Csaszar

Not all local stockbrokers have been hit by falling commodity prices and the downturn in the mining sector.

The slowdown in resources activity may have flowed through to most Perth stockbrokers, but a decision to reduce exposure to the sector has paid dividends for Peter Sheppeard and his firm, Triple C Consulting Stockbrokers.

The founder and managing director of Triple C, Mr Sheppeard says he’s as busy as ever with a range of investment opportunities and corporate finance work.

The business’s buoyant state is largely due to Mr Sheppeard’s early call to withdraw exposure to resources and instead focus on the growing technology sector.

The firm is currently undertaking due diligence on another local tech start-up focused on developing health and safety apps, and is assisting Chinese mobile commerce developer 99 Wuxian pursue a $20 million initial public offering on the ASX.

The technology focus is far from knee-jerk reaction to the mining slowdown; rather Mr Sheppeard told Business News he saw the potential opportunity afforded by the technology sector two years ago.

“Things were going well (in resources) but it’s the old herd mentality; in financial markets, when everyone’s buying, it’s time to start taking a bit off the table,” Mr Sheppeard said.

“If your cab driver is giving you share tips it’s time to get out.”

The first opportunity to withdraw from resources came in the form of music streaming start-up Vu Group. Mr Sheppeard facilitated an injection of venture capital and subsequent seed funding from sophisticated investors of about $3 million.

Mr Sheppeard has increasingly steered the firm away from resources and towards technology since that time.

“I’m not technology savvy but I’m the first to admit that but these things are happening in front of us, and who knows where it’s going to go in another six years?” he said.

“People in Western Australia are so keen to throw money at a patch of dirt with a promise of a drill hole and some results, as opposed to technology that they carry in their pocket and use every day,” he said.

Few other Perth brokers have followed Triple C’s move towards technology, and many are struggling from slowed mining activity.

Perth’s ninth largest broking firm, Euroz Securities, made half the profit in the 2013 financial year as it did a year earlier due to volatile commodity prices and their effect on deal flow and turnover.

Meanwhile, Stellar Securities has had its financial services licence cancelled after failing to comply with conditions set by the Australian Securities and Investments Commission. The cancellation came after Stellar was reportedly locked out of its St Georges Terrace office for failing to pay rent.

Mr Sheppeard said he expected further contraction in the Perth market as the fallout from a slowing economy continued.

“I think WA is over broked, there’s no doubt about it, and there’ll be further contraction in the broking industry in Perth, which is why you’ve got to be adaptable,” he said.

Rather than protecting its stake in an industry that Triple C has been working hard to develop, Mr Sheppeard said the local technology market could benefit from more brokers taking an interest.

“The more people that get interested and involved in the technology sector the better … but we’ll get to a point hopefully in 18 months to two years’ time and we’ll think it’s time to start taking a bit off the table,” he said.