Shares in Perth-based online advertising business Tech Mpire rallied today on news the company had hit a revenue milestone of $25 million, but it was a different story for former high-flyer 1-Page. 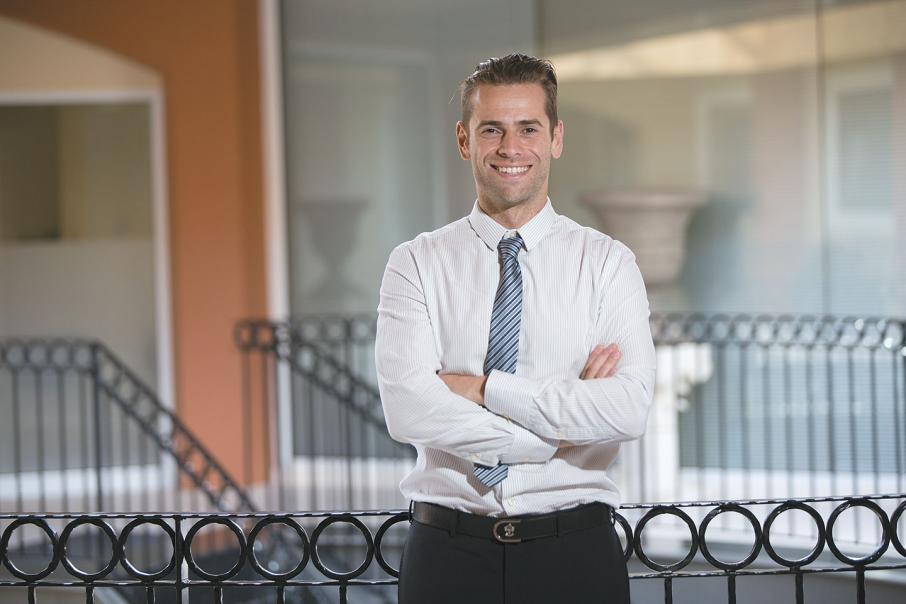 Shares in Perth-based online advertising business Tech Mpire rallied today on news the company had hit a revenue milestone of $25 million, but it was a different story for former high-flyer 1-Page.

Mpire announced today it had achieved cumulative revenue of $25 million since it listed mid-last year, and as a result it would be granting 5 million performance rights to certain Mpire directors and managers, including managing director Luke Taylor and non-executive director (and company founder) Zhenya Tsvetnenko.

The performance rights will be converted into ordinary Mpire shares at no cost, and will be held in escrow until July next year.

Mpire shares were 14.2 per cent higher to 40 cents each at the close of trade.

“Reaching our class A revenue milestone eight months before the end of the vesting period is a significant achievement,” Mr Taylor said.

“In the 10 months since the performance rights were issued, we have been able to achieve more than initially anticipated, including fostering significant growth in the client base and affiliate network.

“Our impressive revenue figures reflect the expedited progress we are making and our ability to consistently address our clients’ needs.”

Meanwhile, Silicon Valley-based online recruitment company 1-Page, which completed a backdoor listing on the ASX in 2014, disappointed investors with a quarterly report that revealed only $94,000 in revenue for the three months to April.

In a statement, 1-Page said it had been a soft quarter from a new bookings standpoint, and it planned to focus on ramping up its efforts to achieve sales targets throughout the remainder of the year after investing in product development and marketing.

The company’s stock has been on a steep fall since September last year, when it was trading at a record high of $5.44. Soon after, it raised $50 million at $4.50 per share.

1-Page held about $41 million cash at the end of March, but has been burning through its cash at the rate of $6 million a quarter.

In a statement, the company said it was reviewing its operating expenses, including executive salaries, and planned on reducing monthly operating costs to below $US1 million.

“With the expected momentum in new bookings and revenue recognition and the focus on prudent management of operating expenses, the company is focused on achieving break-even and profitability,” 1-Page said.