Taylor, Faulkner recognised at Sculpture by the Sea 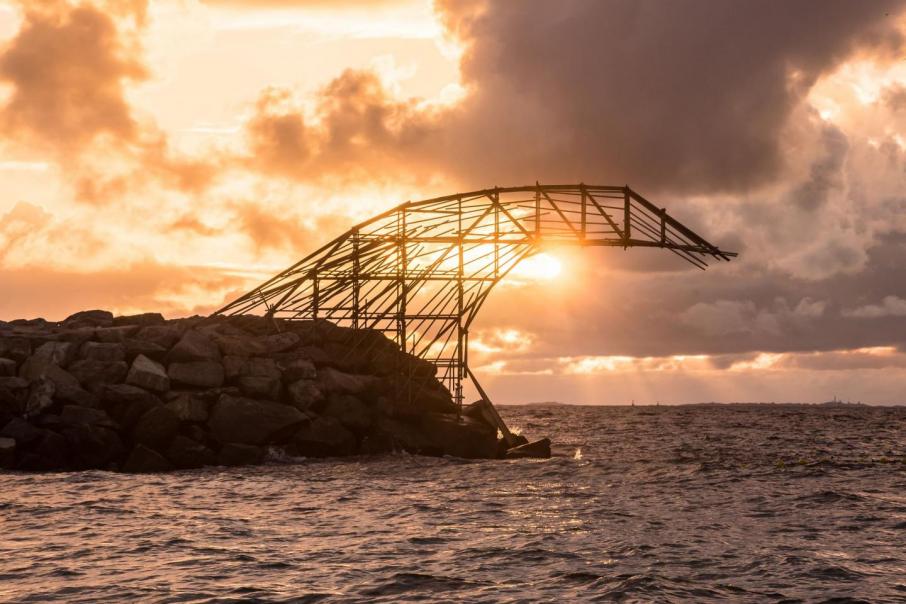 The scholarship, donated by Gavin Bunning and Julienne Penny, will provide Mr Taylor the opportunity to travel and study.

At eight metres high, Mr Taylor’s sculpture, Structural Wave, is made of scaffold and weighs about six tonnes.

He said the scholarship would allow him to develop future works that he could previously only dream of creating.

“My appreciation goes out to Sculpture by the Sea, the donors and all the Scafwest team involved in making this structure a possibility," Mr Taylor said.

“Finding artistic inspiration within scaffolding could be considered unusual.

“Rather than just structural boxes, it can be a versatile, formal medium achieving curves and defying gravity.

“Quite frankly I think Jarrod is a bit of a legend.

“This is his third work at Cottesloe in three years and they have all been fascinating.”

The mentorship is funded by the George Hicks Foundation and was established to support the careers of young artists in WA by aligning them with a mentor of their choice.

The winner of the $30,000 Sculpture by the Sea Cottesloe Artist Award, sponsored by the Minderoo Foundation, will be announced mid next week.

A total of 34 WA artists will showcase their works this year, alongside 11 interstate and 25 international artists.

Visitors will be asked to contribute $5 for individuals and $10 for families to support the exhibition.

Last year, visitors donated more than $99,000 which was matched by the Minderoo Foundation.

Sculpture by the Sea runs from March 5 to March 22.