Whispers of tax reform are once again being heard, with the white paper expected later this year causing a flurry of anticipation over what changes might be forthcoming. Will they be innovative, exciting even? Or will they fail to impress? 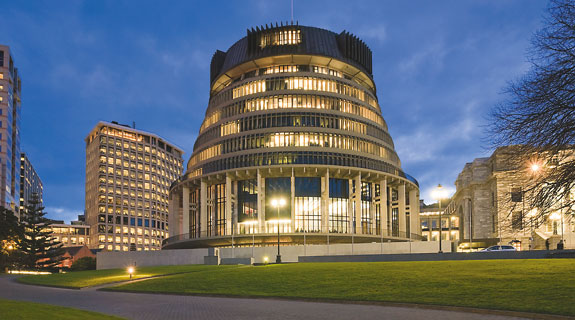 Whispers of tax reform are once again being heard, with the white paper expected later this year causing a flurry of anticipation over what changes might be forthcoming. Will they be innovative, exciting even?  Or will they fail to impress?

Amid all the chatter, there’s one particular reform that always seems to spark fits of apoplexy in some people – increasing the GST rate (and eliminating certain exemptions), reducing income tax, and increasing government benefits.

This shifts some tax revenue from income to consumption, while looking after those in need.

This particular suggestion stands out from the rest because of the responses it generates; responses that sound eerily familiar every time I hear them.

It eventually dawned on me that we are experiencing a replay of some tactics used in the climate change debate.

This is especially so when there is broad consensus among those in the know.

But these experts’ views are then confronted by a particular brand of vociferous climate change denier. This kind of denial is not the same as a healthy scepticism, which is necessary for an informed debate. These deniers do insidious things like taking a sliver of information out of context and using it to mount an argument that is disingenuous, while dismissing or ignoring the evidence and the experts. Their goal is to further a self-interest agenda under the guise of engaging in a debate.

So let’s return to tax reform. The overwhelming consensus among tax experts is that we are in desperate need of income/consumption tax reform. Yet every time the matter is raised it generates hostile resistance from the same people. These people, I might add, are not tax experts.  Starting to sound familiar?

The studies have been done, other countries’ experiences have been documented, and the evidence is overwhelming. This kind of reform stimulates economic growth, improves government finances and looks after those dependent on government benefits.

I should pause briefly to make a technical point. Tax reform is about making our tax system operate more efficiently, effectively and fairly. Often, achieving one of these goals necessarily comes at the expense of another. In Australia, fairness usually wins out over the other two. Strictly speaking, this income/consumption tax shift isn’t reform; it is a means to the real reform, which is achieving better efficiency, effectiveness and fairness.

However, the merits of this change are so well established, it has earned the title of reform in its own right.

This brings us to the parallels with the climate change debate. We used to have a tax system from the 1930s with high rates of tax levied on a narrow range of income and goods. That changed on July 1 2000 when a 10 per cent GST was introduced (albeit with a raft of exemptions), sales tax was abolished, income tax was reduced and government benefits increased.

These reforms ushered in a new tax system that was fit for a 1970s economy. Well, at least it was progress on what came before

Of course any kind of significant reform inevitably produces short-term winners and losers, but some people wailed that the apocalypse would be upon us. Yet, the sky didn’t fall in as people quickly adapted such that soon there were no longer any winners or losers anyway.

The suggestion is now being made that we update our tax system from the current 1970s model and finish the job of sorting the income/consumption tax combination. The uproar from some people at this suggestion is what feels like a replay of the climate change debate. This is because those people seem to have borrowed the following steps directly from ‘the extremist climate change denier’s book of tricks’.

Step 1: Take one part of the suggested reform out of context. Ignore everything else.

Step 2: Dismiss or ignore the evidence.

Step 3: Dismiss or ignore the consensus of the experts.

Step 4: Mount a scare campaign over how that out-of-context piece of information will harm you.

The tactic is to caricature the suggestion, and then attack the caricature, rather than what was actually suggested. We see this in the all-too-quick response from those who mention only the GST increase, ignore the rest, and vainly prognosticate that prices will rise, hurting middle and low-income earners.

This is the caricatured suggestion being attacked.  Of course, no-one has suggested increasing the GST rate and leaving it at that. Any such suggestion has always been made as part of a long-established package of changes, including reduced income tax and increased government benefits that come with the weight of consensus from tax experts. This is the actual suggestion, which is ignored.

Many people from other countries are puzzled at the continuing failure in Australia to move on this particular tax reform. For them, this issue was settled 40 years ago, and they wonder why Australians are even having a debate. It seems that there are people who are prepared to keep Australia’s tax system stuck in the 1970s if it will further their own interests.

It is time for the tax reform deniers to stop plagiarising the extremist climate change deniers’ tactics, and give the respect due to the consensus of tax experts, and the evidence that compels us to undertake this particular tax reform.