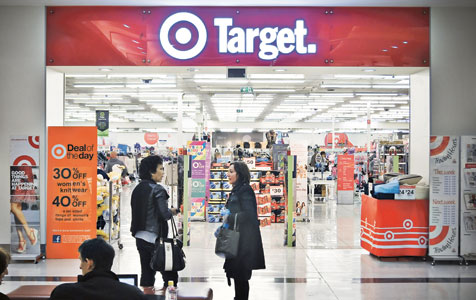 Wesfarmers has announced the resignation of Target managing director Stuart Machin, just days after it confirmed an investigation into accusations that supplier rebates may have artificially inflated Target's earnings.

Mr Machin said he had decided to resign after eight fantastic years with Wesfarmers subsidiaries Coles and then Target.

“During my tenure at Target, although the financial results were frustratingly disappointing, I feel we made enormous progress in reshaping a very troubled business,” Mr Machin said in a statement.

“Latterly, I have been dismayed to learn of the accounting issues at the half year.

“I was not aware of these, but they happened on my watch and as managing director I accept my share of the responsibility. The right thing is now for me to move on”.

“Stuart made a substantial contribution to the turnaround of Coles as Operations Director and put great effort into working to rebuild Target,” Mr Goyder said.

“Consistent with my experience of working with Stuart, he has cooperated well with the investigation.”

In a statement, Wesfarmers said that since concerns were raised regarding Target’s accounting for commercial income as at December 31 2015, it has acted promptly to launch a comprehensive investigation, the outcome of which would soon be finalised.

It has been alleged that Target struck deals with some overseas suppliers to have additional rebates on stock with a guarantee that it would pay more later.

This meant Target's earnings could take a hit in the second half due to higher inventory costs.

In December, Wesfarmers announced Mr Machin would be shifting from his position as Target managing director to a yet-to-be-identified senior role in July.

Kmart managing director Guy Russo was promoted to head Kmart and Target as part of an organisational restructure that may result in some Target stores being converted into Kmart outlets.