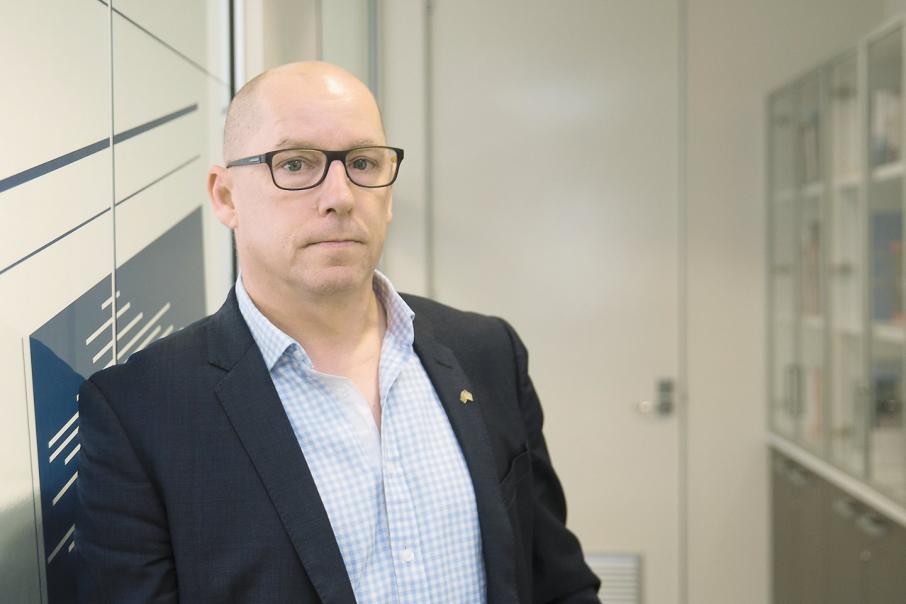 Guy Holmes equates changes in data storage to what has happened in the movie industry. Attila Csaszar

Guy Holmes has spent most of his career working in the data management field.

Mr Holmes, who was a 40under40 award winner in 2006, has sold both businesses and used the proceeds to launch Tape Ark, which he says will bring data management into the modern era.

In short, Tape Ark has developed an innovative way of converting physical tapes stored in warehouses around the world into a digital format that can be stored in cloud platforms such as Amazon Web Services.

“Since about 1950, people have been backing up their data to tape,” Mr Holmes told Business News.

“They are sitting in air-conditioned rooms at companies like Iron Mountain or Recall or CompuStor.

“We know there are over a billion tapes in storage with the big players globally.”

This was both costly and inefficient, Mr Holmes said, as businesses needed to contact the storage company, which then retrieved the tape and sent it out via courier.

The business – or the storage company – also needed legacy tape drives and software to read the old tapes.

He said the business opportunity opened up when the cost of cloud storage became cheaper than physical storage.

“With the continuous cost reductions from Amazon’s cloud platform, it’s far cheaper to put most tapes into the cloud than it is to leave it in a vault,” Mr Holmes said.

He likens the change to what has happened in the movie industry.

“You can equate it to Blockbuster; Netflix is now serving up that material on demand.”

“The challenge is that you need to get all of the tapes read into the cloud.”

That’s where Mr Holmes draws on his past business experience.

“I’ve spent the past 20 years on tape preservation projects, recovering data from tapes from the 1960s right through to the present day, so I know all the technology,” he said.

SpectrumData had its origins in 2003, when Mr Holmes secured venture capital backing to lead a management buyout of the Perth office of software company Encom Technology.

He grew the business from four staff in Perth to having a multi-million dollar turnover and offices in Wellington, Jakarta and Kuala Lumpur.

Around the same time, he founded and ran AccessIM, which won contracts from the likes of BHP and Woodside Petroleum.

After five years of rapid growth, Mr Holmes sold AccessIM to a publicly listed company in 2006.

He initially sold SpectrumData to US business Ovation Data, in 2010, but said it did not perform well under its new ownership.

“The staff of that business approached me and asked if I could buy it back,” Mr Holmes said.

He used what he had learned from that experience when he sold Spectrum Data’s oil and gas data management division to US company Katalyst Data Management in 2015.

“I was focused on making sure the handover went well, given the previous experience of selling it and not working out,” he said.

In tandem with these ventures, Mr Holmes has established two other businesses.

Beyond Cool was an importer of wine and homewares, and ran successfully for several years before being squeezed by a high dollar and cheap imports.

He rates the orderly wind-down of that business as a notable achievement.

“We were able to sell all of the remaining stock out of the business and pay the suppliers and bring it to an orderly halt,” Mr Holmes said.

“That’s one of the things I’m most proud of.”

He was also a founder of DataReSource, which he said operated like a virtual business.

It has built a database that makes it easy for people to obtain oil and gas exploration and seismic data already in the public domain.

That part of the business had primarily serviced banks and insurance companies, but was largely dormant while Mr Holmes worked for Katalyst.

He said Tape Ark was a curious mix of old and new technology.

“We have a large collection of legacy equipment, the old tape readers,” Mr Holmes said.

“That allows continuous high-speed reading of large volumes of tape; we can read upwards of 20,000 tapes a month into the cloud from each site we build.”

Tape Ark provides this service for free, with its revenue coming from cloud storage charges.

Mr Holmes said the upside for clients would come from the value-add – quick access to the data, better indexing, and greatly increased capacity to analyse the data.

“That’s the second phase of this company, allowing people with tools for big data and analytics to be proactive with data that was previously sitting in a room somewhere on tape and inaccessible,” he said.

“For a mining company to be able to look at 20 years of information in one place, they will see a lot of value in probing that information; that’s super exciting.”

“They are very excited about this business, I meet with them twice a week,” Mr Holmes said.

“They see this as a very exciting growth opportunity for their data storage business, pouring this data into the cloud.”

The mutual interest was apparent last month, when AWS held its inaugural innovation day in Perth.

During the keynote presentation, Tape Ark was listed alongside the likes of Woodside Petroleum and OZ Minerals as key clients.

Tape Ark uses multiple Amazon products (Gateway, S3 and Glacier) as the foundations of its system.

It also plans to use Snowball – a large portable disc array that is plugged in, has data read to it, and is then transported to Amazon for loading into the cloud.

“The volumes of data we’re reading are too big to push through the internet,” Mr Holmes said.

“The first quote we gave was for 18 petabytes, so these are not small volumes of data by any measure.” 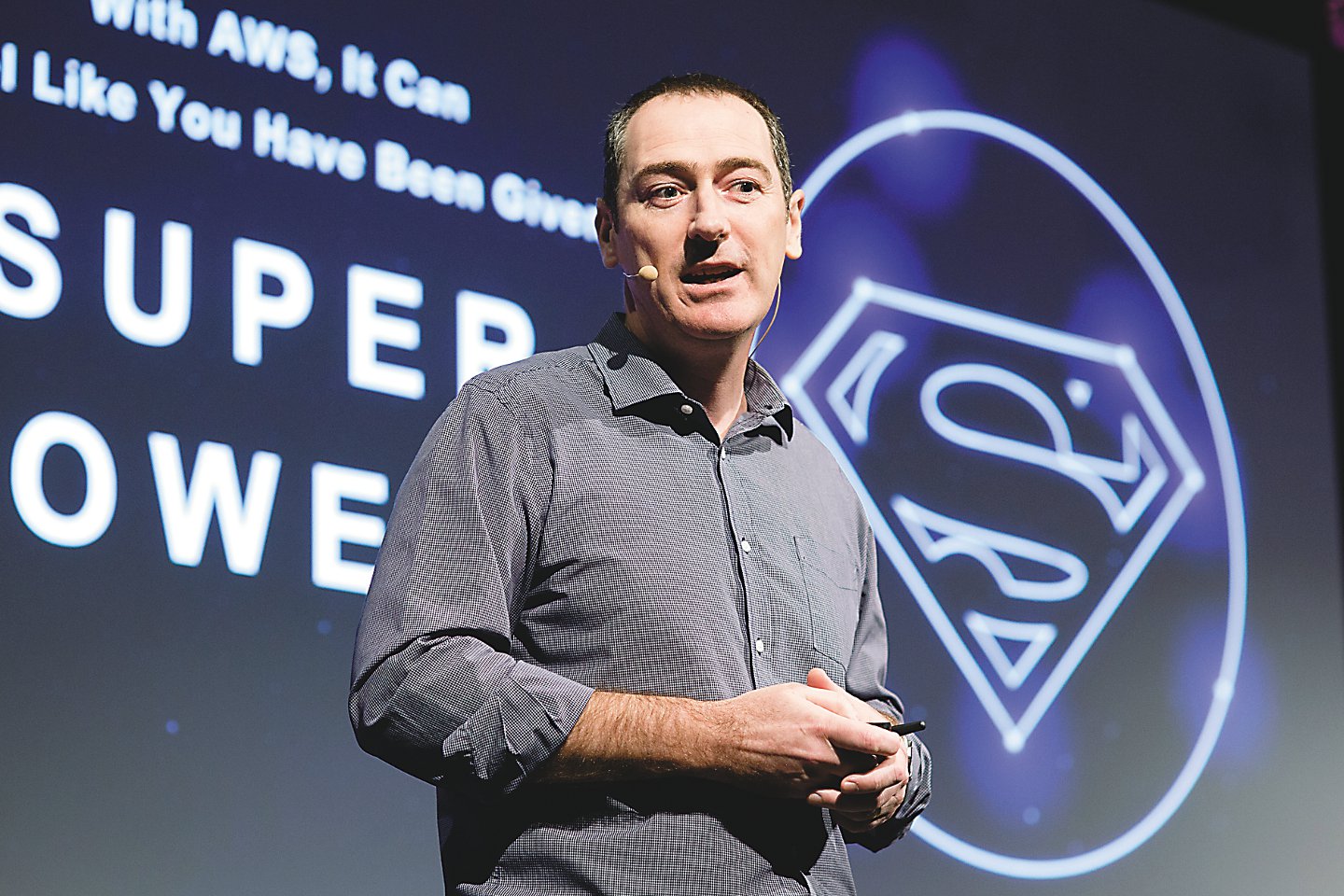 Tape Ark has established its first ‘pod’, or production environment in Perth, with its first clients being an insurance company and a bank.

Mr Holmes said a lot of the tools used by Tape Ark already existed in the Amazon cloud, but the company was constantly seeking enhancements.

“Because the Amazon platform changes a lot, they add a lot of new features, we are constantly looking at ways to make things more efficient,” he said.

“So in our platform, you can load a virtual tape into a virtual tape drive – it’s simply a piece of software in the cloud that imitates the behaviour of a real tape and drive.

“You can rewind it, fast forward, skip files.

“One of the main innovations of the whole business is the virtualisation of those two things.”

“Its working now, its in the Amazon cloud,” he said.

That meant clients no longer needed to maintain old hardware or software in their own data centres as they could use Tape Ark’s virtual versions.

Mr Holmes said Perth may not be the ideal city to launch Tape Ark but it was his home and where he had built a business network.

“I’m a Yank but I married an Aussie and all the kids were born here,” he said.

“I’ve had five businesses and I’ve had one child for each company.

“Plus all the developers that I’ve used live here.”

Mr Holmes believes this business will be his best.

“I’ve started five businesses; this one has all the hallmarks of a great growth business with a competitive edge and a real value proposition for clients.

“And we haven’t seen anybody else doing this.

“Technology companies are focused on what they are going to do with tomorrow’s data and developing tools for the future and I’m dipping back into the past into a fairly unglamorous world of old tape drives and legacy formats.”