Tap Oil has flagged a range of cost-cutting strategies while announcing a $6.75 million capital raising to pay back debt, after final terms of a refinancing deal with Macquarie Bank fell through. 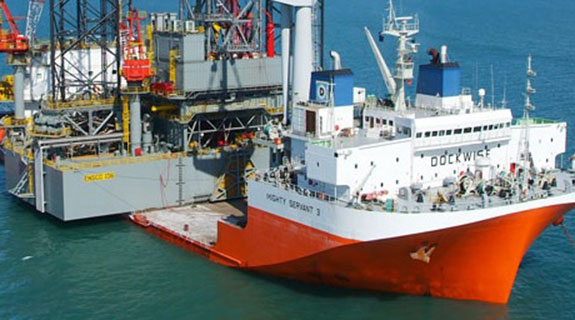 Tap Oil has flagged a range of cost-cutting strategies while announcing a $6.75 million capital raising to pay back debt, after final terms of a refinancing deal with Macquarie Bank fell through.

Tap, which owns its flagship Manora oil project in Thailand, said today it had terminated a mandate with Macquarie after failing to agree to terms of a $US55 million refinancing deal for its existing debt owed to BNP Paribas and Siam Commercial Bank.

“The company has therefore determined that it will continue with the current BNP facility, which is on better terms than the Macquarie proposal,” Tap said in a statement.

Tap is required to meet a minimum $US10 million liquidity requirement as part of the BNP facility.

The company said its outstanding balance under the facility had been reduced to $US43.5 million as of June 30, while a further $US7.4 million is expected to be paid by the end of the month.

Tap also hopes to repay a further $US21 million over 2016, with the remaining balance to be repaid by the third quarter of 2017.

“The cash balance at December 31 is expected to be about $US13.6 million at today’s oil price,” it said.

“This includes $US11.2 million held in the BNP facility accounts that is restricted.

“To obtain access to the restricted funds, Tap must implement an oil hedging program of 30 per cent to 50 per cent of forecast 1P Manora production on a rolling 18-24 month basis.”

As a result of the company’s requirement to comply with the terms of the BNP facility, Tap has resolved to implement a range of cost reduction initiatives, including deferment of non-core activities and a reduction in costs at the Manora project.

“The company will also continue to review other means of reducing costs and improving cash flow,” it said.

“These initiatives have, to some extent, assisted and will continue to assist in offsetting the impact of a low oil price on Tap’s cash flow forecast for 2016.”

Operating costs at Manora have been reduced by about 17 per cent against the project’s budget for 2015, with the same strategy expected to continue next year.

Tap also announced a $6.75 million capital raising to boost its cash reserves, which includes a $2.75 million placement and a $4 million share purchase plan.

Tap will place about 14.2 million shares to institutional investors at 19.25 cents each, with existing shareholder Risco Energy Investments committing to a large portion of the placement.

On completion of the placement, Risco will own a 19.9 per cent stake in Tap, and will be invited to add chief executive Tom Soulsby to Tap’s board.

The share purchase plan will be priced at about a 15 per cent discount to the five day volume-weighted average price of Tap shares prior to the issue date of the shares.

Tap also said its dispute with dissident shareholder Chatchai Yenbamroong and his company Northern Gulf Petroleum remained ongoing, with $US8.9 million still owed to Tap from proceeds of oil liftings, and interest was accruing on the outstanding amount.

Tap shares went into a trading halt yesterday, and were unchanged at 18 cents each at 11:25am.