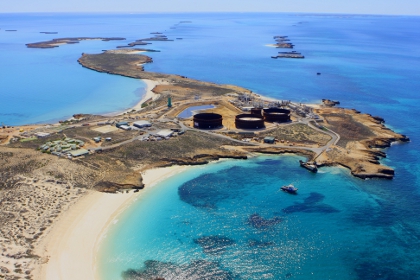 Tap Oil has washed its hands of any exposure to legal action surrounding the Harriet gas joint venture, selling its 12.2 per cent stake to a subsidiary of Apache Corporation for $10 million.

The joint venture participants, Tap, Apache Energy and Kufpec Australia, had been subject to a legal claim from Burrup Fertilisers over a 25-year gas supply deal signed in 2001.

Tap issued a notice of force majeure to Burrup in December 2006, stating that it and its fellow joint venture participants did not have sufficient reserves of gas to supply the contracted share of Burrup’s requirements for the remaining 21 years of the agreement.

Burrup, however, lodged a Supreme Court writ against the joint venture participants, saying it would have to source gas from elsewhere to meet its obligations.

Aluminium giant Alcoa also launched a $158 million lawsuit against the joint venture in March last year, claiming a gas supply contract was breached when services were disrupted by the Varanus Island gas explosion in 2008.

At the time of the Varanus Island incident, Alcoa had a gas sale agreement in place with the Harriet joint venture and another separate supplier.

Alcoa claims that the Harriet JV participants and the other supplier breached terms of their contracts by failing to deliver contracted quantities of gas during the disruption.

By selling off its stake in Harriet, Tap no longer has any exposure to the Burrup contract dispute, Alcoa proceedings or the Varanus Island pipeline prosecution.

“This is a great outcome at every level for Tap, our shareholders and potential investors,” tap Oil managing director Troy Hayden said.

“Removing the legal issues associated with the Harriet joint venture allows Tap management to focus on our development projects and exploration activities and enables potential investors to now assess Tap’s value without the uncertainty associated with outstanding protracted legal cases.

“The reserve life of the Harriet joint venture is approaching its end and Tap’s production will be more than replaced by the commencement of new production from the Manora field in early 2014.”

Tap was advised by Miro Advisors on the transaction.