Local company Talisman Mining has tapped investors for a $16.7 million capital raising to fund ongoing exploration at its Springfield copper-gold project in the Murchison region. 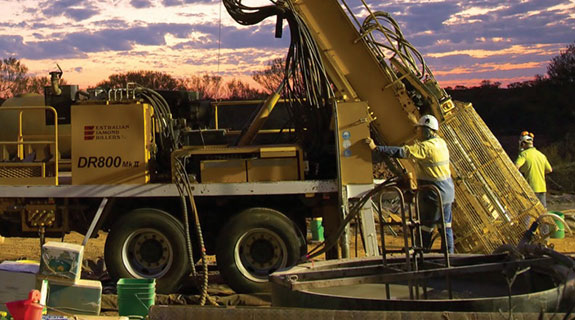 Talisman is exploring for gold and copper at its Springfield project in the Murchison region, in partnership with Sandfire Resources.

Local company Talisman Mining has tapped investors for a $16.7 million capital raising to fund ongoing exploration at its Springfield copper-gold project in the Murchison region.

Talisman received firm commitments from existing and new investors for the placement of 37.1 million shares at 45 cents each to raise the funds.

The proceeds of the placement, which was jointly managed by Bell Potter Securities, Euroz Securities and Petra Capital, will be used to fund ongoing work at the Springfield project – a joint venture between Talisman and Perth-based Sandfire Resources.

Talisman managing director Gary Lethridge thanked all those who participated in the placement, including the company’s major shareholder and former Jubilee Mines founder and chairman Kerry Harmanis.

“The funds raised will boost our cash reserves to about $23 million, ensuring that Talisman is in a position to continue to contribute to joint venture funding at our Springfield joint venture with Sandfire, including the high-grade Monty discovery, which is now closing in rapidly on a maiden mineral resources estimate,” Mr Lethridge said.

“In addition to continuing to fund our share of the Springfield JV, the proceeds will also be used to progress our counter cyclical growth strategy at the Sinclair nickel project in WA - which remains an attractive option on a future recovery in the nickel price - and for general working capital purposes.”

Talisman entered into joint venture agreements with Sandfire in late 2013, with Sandfire to spend $15 million by mid-2019 to earn up to a 70 per cent stake in both Talisman’s Springfield and (nearby) Halloween projects.