Taking the hot stuff to a world market

A COUPLE of Western Australian geothermal energy companies are hoping to make their mark on expanding clean energy markets thanks to some locally developed technology. 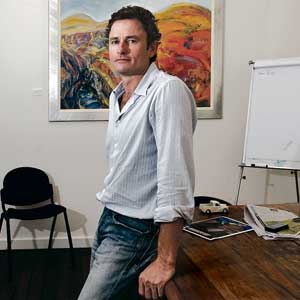 A COUPLE of Western Australian geothermal energy companies are hoping to make their mark on expanding clean energy markets thanks to some locally developed technology.

Terra Therm and Globe Drill recently returned from a business mission to the US and Chile where they showcased their wares to the lucrative renewable energy markets in those countries.

The Kalgoorlie-based designer and manufacturer of drill rigs and equipment has predominantly been involved in supplying the mineral and mineral water industries, and only recently ventured into the geothermal industry.

The company has developed and patented a geothermal drill rig which can drill a 3,000-metre hole in a few weeks, instead of months, at a lower cost than the previous technology.

Mr Strange believes there is huge potential for his business in the geothermal market, both overseas and locally.

"It's good news for the geothermal industry because it means that geothermal projects will be viable with deeper drilling.

"The only projects up and running are government-funded projects. With this new technology, private investors can get a return in just one or two years from a geothermal power installation.

"The only way these industries can get up and running is when people can make money from it; it's a sad truth but at least this is good news for the industry."

Mr Strange said the US was a particularly attractive market as its geothermal industry was well established. In addition, President Barack Obama has promised to invest $US150 billion in geothermal exploration and production over the next 10 years.

"I think it will be a welcome technology."

And the emerging market of Chile seems to be just as impressive a target for Globe Drill's products.

Terra Therm joined Globe Drill, which is one its shareholders, on the trip to San Francisco and Santiago. And although Terra Therm is only in the early stages of establishment, the trip was valuable as a fact-finding mission, according to its managing director, Peter Hudson.

Mr Hudson said his company, which specialises in geothermal drilling services, believes geothermal power generation is vital to the future integrity of the world's natural resources.

"It's about the whole of industry, all of government getting behind it, the media talking about it and the general public embracing it," he said.

"We need to promote renewable energy exploration and development.

"We believe we will be a geothermal service provider of choice in this state and in Australia."