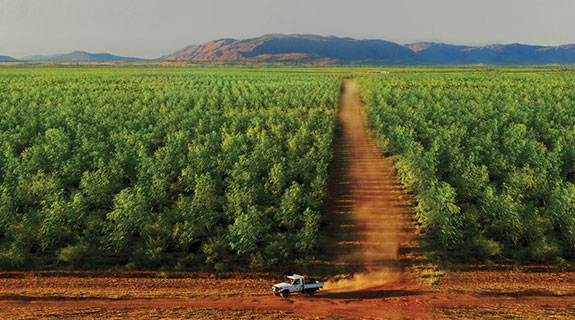 The $1.85 price was the 30-day volume weighted average price of TFS when the agreement was announced on June 18.

An initial 12.68 million shares have been issued to the vendors, 9.5 million of which are subject to escrow provisions of six to 30 months.

An additional 2.7 million shares will be issued between September 10 and the end of July next year, to bring the total transaction to the required 15.38 million shares.

The transaction represents the minimum purchase price of $US23.4 million ($32.1 million), with the vendors of Santalis receiving $US5 million in shares, and those of Viroxis receiving the cash and remaining $US16.9 million worth of shares.

TFS already owned a 50 per cent stake in Santalis, having jointly founded the company in 2010.

A maximum purchase price of $US244.9 million ($335.7 million) may be achieved if milestones and earn out thresholds are exceeded over the next eight years.

The acquisition is intended as part of a ‘soil to oil to shelf’ vertical integration strategy by TFS, which bought Albany-based sandalwood oil distiller Mount Romance in 2008.

TFS chief executive Frank Wilson was proud of the future potential of the acquisition.

“We are delighted to welcome the founders and staff of ViroXis and Santalis to TFS and look forward to working closely with them in developing and commercialising additional dermatological products containing our pharmaceutical grade Indian sandalwood oil,” he said.

TFS manages the largest plantation of Indian sandalwood in the world, situated in the Ord River region, 3,500 hectares of which it owns.