Nedlands-based TFS Corporation has announced the purchase of an established Indian sandalwood plantation, with the purchase expected to boost its net profit as a result of a revaluation of the trees. 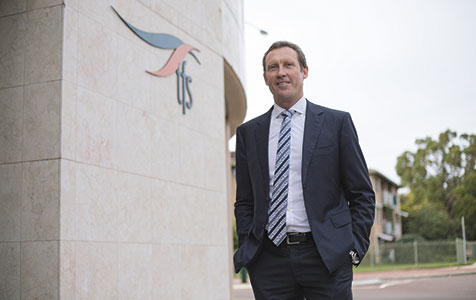 Nedlands-based TFS Corporation has announced the purchase of an established Indian sandalwood plantation, which is expected to boost its net profit as a result of a revaluation of the trees.

TFS bought the 364 hectares of land at Kingston Rest, located west of Kununurra, for $35 million.

The plantations, which were previously managed by TFS, were purchased from an institutional investor in the company’s Beyond Carbon product.

The addition will increase TFS’s interests in established Indian sandalwood plantations to around 2,700ha.

“This is consistent with our strategy to increase our ownership of Indian sandalwood trees and is the type of high value accretive transaction envisaged during the institutional placement in May.” TFS chief executive officer Frank Wilson said.

He said the purchase was an example of the positive momentum across the business.

“TFS has completed a very productive sales season, with strong demand from both retail and institutional investors,” Mr Wilson said.

“TFS is now expecting to report very pleasing financial results in FY14 and to enter FY15 with a significant level of forward sales.”

Specifically, TFS said it expected to grow its net profit to at least $70 million, which would represent an increase of at least 25 per cent on FY13.

One contributor to the increased profit will be a revaluation of the new plantation, which the company said was likely to exceed the purchase price.

TFS also said its underlying profit, measured by cash earnings before interest, tax, depreciation and amortisation was likely to be broadly in line with last year.

The investor has confirmed that it will exercise options over 548ha of new plantations in FY15.

Meanwhile, TFS has also signed an investment management agreement over its Beyond Carbon product with an anonymous UK institution.

The company said the UK firm would invest in 331ha of new plantations, with settlement expected in early FY15.