State energy retailer Synergy is poised to announce the winning bidders of its 2009 power procurement tender to provide additional generation capacity needed from 2012.

State energy retailer Synergy is poised to announce the winning bidders of its 2009 power procurement tender to provide additional generation capacity needed from 2012.

Prospective coal-fired proponent Aviva Corporation flagged an announcement was imminent when it placed its shares in a trading halt a few moments ago.

Aviva is one of eight groups shortlisted by Synergy to supply up to 686 megawatts of new supply from 2011. A decision on Synergy's deferred 2008 tender to supply an additional 200MW from 2011 is also possible.

It is believed the winning bidders for the 2009 tender were finalised at a meeting of Synergy's board on October 1, and were put to state cabinet for endorsement yesterday.

Aviva, along with fellow coal proponent Griffin Energy, arguably has the most riding on the outcome of the 2009 tender process. Winning a significant contract with Synergy would effectively provide the security of offtake needed to proceed with its $1 billion Coolimba coal fired power station at Eneabba, which would supply 450 MW into the state's main grid, the South West Interconnected System.

Griffin also hopes to win major Synergy contracts to underpin the development of its planned Bluewaters III and IV generation units at its existing Bluewaters plant at Collie.

A key recommendation of the Verve review was for major changes to its contractual relationship with Synergy, including the requirement that Synergy progressively replace supplies from Verve with supply from private sector generators. The review therefore recommended that Synergy suspend its displacement procurement program while such changes were made.

Many industry insiders fear that Synergy's 2009 procurement tender will be the last displacement tender held by the retailer, potentially undermining future private sector investment in new power generation. The displacement process has to date resulted in more than $2 billion in new private sector generation investment since the old Western Power was disaggregated in 2006. 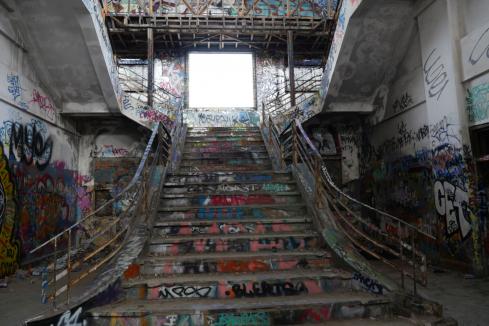