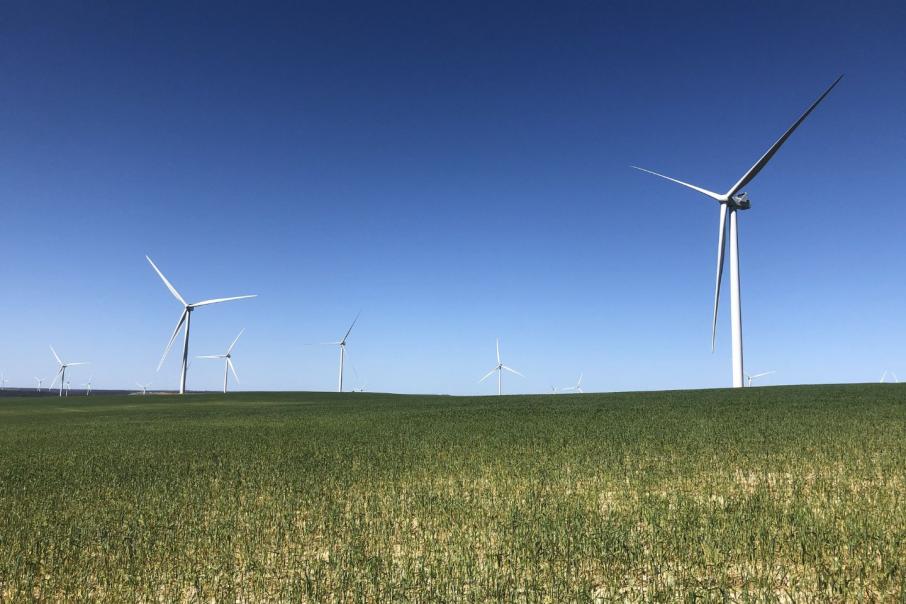 The proposal includes electricity transformers, underground cabling, access roads, crane hardstands, a site office and workshop and will be connected to Western Power’s network via the 132-kilovolt Kondinin to Bounty line.

According to documents lodged by SynergyRED, the turbines will stand at 240 metres tall and power up to 100,000 homes.

Construction of the project is expected to take two years and provide up to 150 jobs.

The Environmental Protection Authority has released the plans for a seven-day public comment period, after which time it is expected to decide what, if any, level of environmental assessment is warranted.

It is not yet clear how much the proposal is likely to cost the government-owned utility company.

The lodgment of the application comes just weeks after SynergyRED submitted the plans to the Shire of Kondinin for review by the council and the community.

The proposal is about 200km north-east of Kojonup, where Claremont-based Moonies Hill Energy received planning approval to build a $400 million wind farm in December.