The Australian Competition and Consumer Commission is understood to be investigating Synergy following predatory pricing complaints from several players in the state’s electricity market. 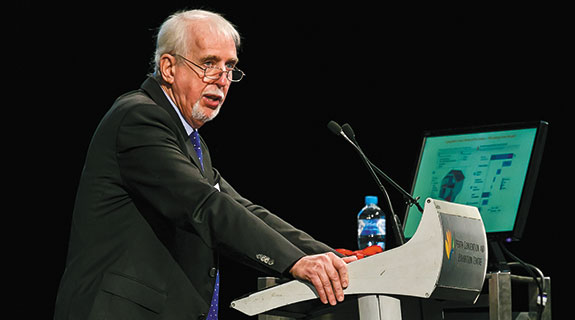 The Australian Competition and Consumer Commission is understood to be investigating Synergy following predatory pricing complaints from several players in the state’s electricity market.

Energy market players have told Business News the ACCC had sought information from them, although Synergy chairman Lyndon Rowe appeared to be unaware of the investigation earlier this week.

Mr Rowe told more than 300 people at a Committee for Economic Development of Australia event he totally rejected claims Synergy was misusing its market power.

He said because state-owned Synergy was the biggest player in Western Australia’s electricity market, it was an easy target for the private electricity sector and the media.

He said letters from market players to Energy Minister Mike Nahan alleging Synergy was misusing its dominant position in the market to take undue advantage had been sent as a political stunt, to put pressure on the government.

“Why write complaining to the minister? The ACCC is the body that deals with such complaints,” Mr Rowe said.

The letters, written in June and July and acquired by the state opposition under Freedom of Information legislation, came from Queensland-based business-focused generator and retailer ERM Power and WA-based retailer and solar and demand side management provider, Amanda Energy.

The ACCC has a policy of not commenting on potential or ongoing investigations, but Business News has spoken to several electricity generators and retailers. All confirmed they had been asked to hand over information to the commission in relation to its inquiry into the low prices Synergy has offered customers.

The ACCC has previously put the state government on notice about Synergy, following the re-merger with Verve in January, noting the WA government had not sought clearance and the commission would continue to observe Synergy’s activities to ensure there was appropriate competition in the market.

Several market players that recently provided information to the ACCC told Business News they only became aware of Synergy’s cut-price activity when former customers revealed they had moved over to the state-owned entity because of the low rates on offer.

They said the behaviour appeared to have stopped in recent months, but they remained concerned about a lack of transparency. 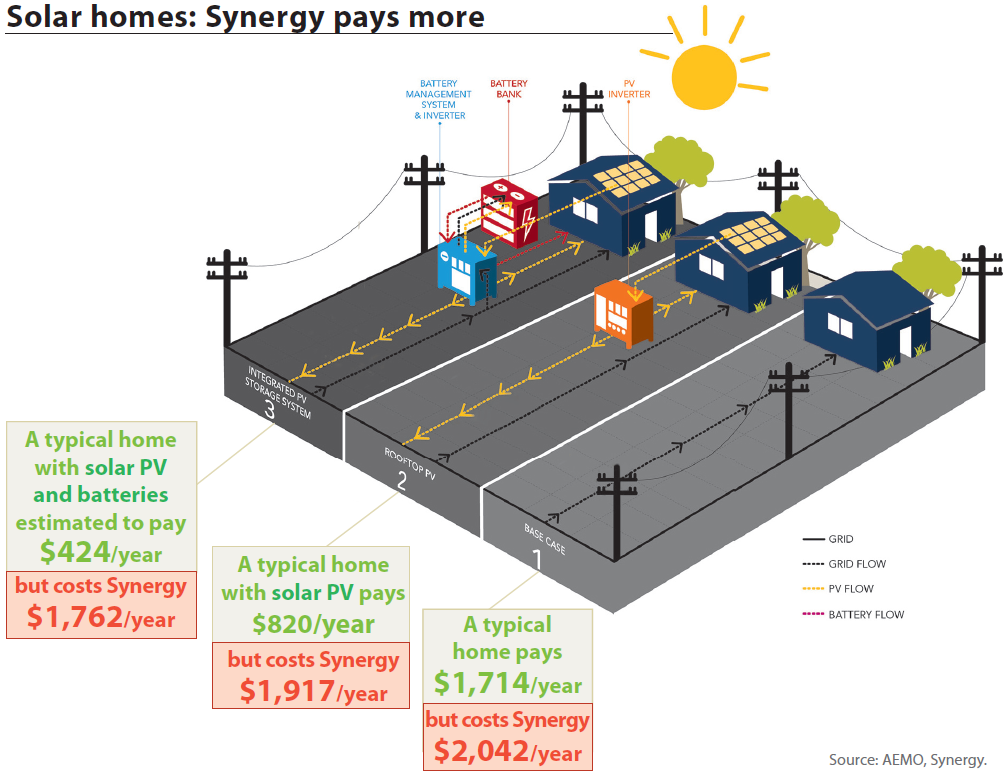 The investigation comes amid recent public debate about proposed changes to the wholesale electricity market.

Last week, Mr Rowe agitated for reform that would reduce the cost to taxpayers in paying for significant oversupply of electricity for WA’s “capacity market”, and for the adoption of a new tariff structure.

Mr Rowe said WA’s current electricity pricing structure needed to be completely overhauled, with users currently paying about 25 cents per kilowatt hour regardless of the time of day or how much power they used.

In line with recent Grattan Institute recommendations, he said the tariff system needed to better reflect the cost of producing and distributing electricity by charging a fixed cost to be connected to the grid plus ‘time-of-use’ variable costs, which would make it more expensive to use power at peak periods.

This change would mean households with roof-top solar panels would, for the first time, have to pay for shared network infrastructure upgrades and maintenance.

Solar Citizens consumer campaigner Reece Turner said Mr Rowe was proposing a discriminatory charge that penalised people who had been encouraged by the state government to invest in clean energy.

However, Mr Rowe defended the recommendation, saying he was pro solar PVs being installed, but added that the current tariff structure was inefficient, unfair, and would result in growing taxpayer subsidies if allowed to continue.

He said customers without solar PV systems on their roofs currently received less in subsidies than those with PV. Forecasts of what households with battery storage and PV would pay showed their subsidies would be even larger, because customers that generated their own power paid less, while their cost to Synergy increased (see infographic).

“Why should consumers pay the price for a system that is becoming less needed because of incorrect assumptions?” Ms Green said.