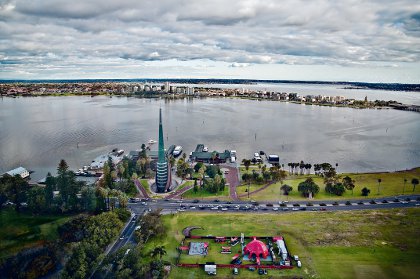 WATCHDOG: Development of a 10-hectare section of riverfront land will be managed by the Swan River Trust, it was announced today.

The Swan River Trust has been appointed to manage the environmental assessment of the state government’s Perth Waterfront project, the Environmental Protection Authority has announced.

EPA chairman Paul Vogel said in a statement today the trust was best placed to regulate the management of the project’s potential environmental impacts.

Construction of the project involves the creation of an inlet, complete with an artificial island, on 10 hectares of Swan River foreshore land in the heart of the city.

The state government has announced it will pour in more than $434 million for the development.

“The Department of Planning has prepared environmental management plans for key issues such as dredging, dewatering and site remediation in accordance with an Environmental Assessment Report that was endorsed by the EPA in August 2009,” Dr Vogel said.

The announcement comes after a group led by prominent Perth architect Linley Lutton launched a campaign today to derail the project.

The City Gatekeepers group’s main concern surrounds potential traffic chaos caused by changes to Riverside Drive and the Esplanade, to allow for the creation of the inlet.

The group will march on Parliament House in February in protest of the project, which is scheduled to kick off in April.