Sustainability worth the price 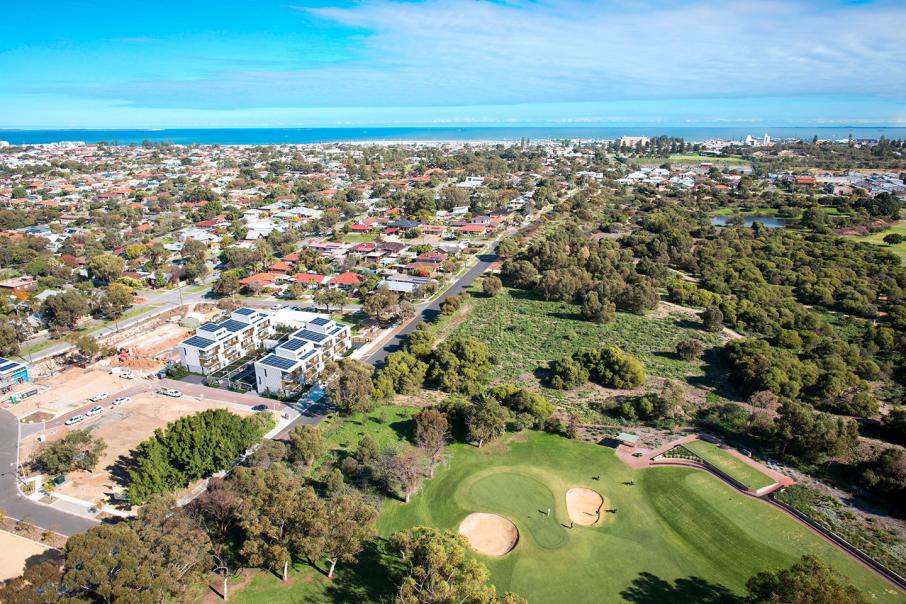 Sustainable design is being listed alongside affordability, location and size as must-haves for Western Australian homebuyers, who are increasingly seeking out environmentally efficient developments.

New research out of the Curtin University Sustainability Policy Institute showed sustainability was now ranked as the fourth biggest driver for dwelling choice in Perth, with homebuyers willing to pay extra for future cost savings.

The report showed that 46 per cent of the buyers surveyed who purchased in an energy-efficient development said sustainability was a major influence in their decision making.

“There’s a lot of supply in the market and consumers are tired of the same old same old,” Ms Green said.

“We’ve seen that the developers providing a product that offers more in terms of sustainability better match consumer demand and the sustainable product is viewed as a premium product and more desirable.

“Consumers don’t want to buy a product that suits the developer and not themselves, they are looking for liveability as well as sustainability and they are willing to pay for it.”

Near Fremantle, energy and water efficiency has been brought to the fore at the LandCorp-led Evermore WGV, which is being developed alongside the state government agency’s Gen Y Housing demonstration project, which also has a heavy focus on sustainability.

Developer Yolk Property Group has sold more than half of the 24 apartments on offer at Evermore, with director Pete Adams reporting strong interest in the unsold stock.

Mr Adams said buyers had been particularly drawn to the project’s energy efficiency measures, with solar panels and lithium batteries to provide up to 80 per cent of each apartment’s power needs.

“We’ve had quite a bit of feedback from buyers that the transparent and tangible sustainability initiatives attracted them to the development, they could see it was not simply ‘marketing fluff’,” Mr Adams said.

“Buyers feel good about investing in a sustainable development – it appeals to their environmental conscience, and of course it helps that there is the added incentive of lower power bills.”

However, Mr Adams said sustainable initiatives were not always simple to incorporate into projects, a view that was backed by the Curtin report, which highlighted issues with strata management as a major barrier to the widespread installation of solar systems.

“The strata is effectively its own power generator, then it’s selling it to each apartment user at a discount; it’s quite complex in that strata aspect of it,” Mr Adams told Business News.

“It adds to the complexity for the developer, it’s very easy for the buyers, but it took a lot of work for us to figure it out.

“We had Curtin University asking to use our strata by-laws because it had never been done before.”

Mr Adams said Yolk Property Group was now investigating the possibilities of installing solar panels and batteries at its apartment proposal at 52 Adelaide Street in Fremantle, which he said had recently received development approval.

In the northern suburbs, one of the state’s largest land developers, Satterley Property Group, has also recognised the importance of energy initiatives.

In all, 19 projects in Western Australia have achieved some level of EnviroDevelopment certification, but only Satterley’s Allara and Lendlease’s Alkimos Beach have achieved excellence in all six categories.

At Allara, Satterley and LandCorp designed the road layout to position the houses most effectively for solar and energy efficiency, while also using walkable neighbourhood design principles.

Each buyer at the estate also receives an $11,500 package of sustainability incentives, including home security, solar power, energy monitors, LED lights, and smart meters and thermostats.

The 3,400-lot estate includes a community garden, an onsite recycling centre and a bike-sharing facility to round out its sustainability features.

Lendlease rolled out similar initiatives at its Alkimos estate, which last year started the first battery storage trial, supported by a $3.3 million grant from the Australian Renewable Energy Agency.