WA’s listed companies have significant work to do to satisfy new guidelines around sustainability reporting. 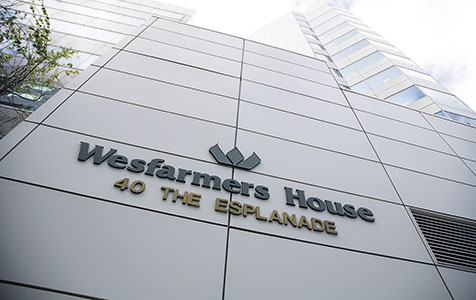 ON TOP: Wesfarmers is leading the pack on sustainability reporting.

The ASX Corporate Governance Council has introduced a new recommendation requiring that listed companies disclose whether they are materially exposed to environmental and social sustainability risks, and any action taken to mitigate those risks.

The three companies meeting expectations are Wesfarmers, Woodside and Fortescue Metals Group, the state’s largest listed companies (according to the Deloitte WA Index), all of which had data assured for the 2011-12 and 2012-13 financial years.

Wesfarmers and FMG have had their sustainability reports assured by Net Balance, while Woodside contracted Ernst & Young to assure its data.

Compliance in WA was well down on the national average of 37 per cent.

Net Balance’s recently published ‘State of Sustainability Assurance 2013’ report showed 75 per cent of companies in the ASX 200 provided some form of reporting, regardless of whether it had been assured.

WA’s adoption of the Global Reporting Initiative – a sustainability reporting framework – also fell behind the national average, with just was 11 per cent of ASX 200 companies taking it up compared with 32 per cent nationally.

Ms Woodhouse said assurance would most likely follow as WA caught up to the rest of the nation around rigorous sustainability reporting.

“For example, we always see the financial industry, mostly based in the eastern states, at the forefront of sustainability reporting because they have a lot of customer interaction and those customers demand that they do those things,” she said.

The sustainability component was introduced in the March update of the ASX Corporate Governance Council’s listing principles and guidelines, which outlines corporate governance good practice.

It says because business operations can affect social and environmental aspects of the community, the extent to which a business operates sustainably is an important factor to consider.

“Listed entities will be aware of the increasing calls globally for the business community to address matters of economic, environmental and social sustainability and the increasing demand from investors, especially institutional investors, for greater transparency on these matters so they can adequately assess investment risk,” the recommendation reads.

Wesfarmers has been producing a separate sustainability report for 17 years. The latest report found that the Wesfarmers group of companies made direct community contributions of $51.2 million in the year ending June 2013.

In March, Woodside reported it had invested $9.12 million into the communities in which it operates, with about $7.6 million of that directed to WA.

Both Wesfarmers and Woodside are members of the London Benchmarking Group, an organisation that provides a benchmarking framework for reporting of social investment.

Other members include FMG, Iluka, Leighton, Mirvac, and Western Power.