Processing iron ore in Australia was risky in the 1970s ... and it seems not much has changed. 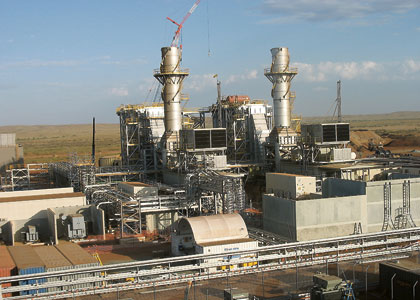 Processing iron ore in Australia was risky in the 1970s ... and it seems not much has changed.

MOTHBALLED iron ore process­ing projects on the coast of Western Australia are nothing new, with the first batch of pellet-making plants scrapped in the 1970s. Recent events in the iron ore industry, meanwhile, could deliver a similar fate for the current batch.

At risk from the sharp fall in the iron ore price and rising domes­tic operating costs are the grossly over-budget and ridiculously over­due Sino Iron project of the Chinese company, CITIC Pacific, and the soon-to-be completed Karara project of Gindalbie Metals.

Research firm Morningstar deliv­ered the most recent and harshest verdict on Gindalbie in a report that downgraded the stock from a ‘buy’ to a rare category called ‘avoid’.

If there was any research avail­able on the Sino project it might be in a class lower than ‘avoid’, even if something lower is hard to imagine.

The problem, and this is one I’ve been banging on about for the past five years, is that all iron ore pro­cessing projects are based either on one (or more) of these traps: unproven technology; rising costs; and boom-time product pricing.

The original projects, developed under the terms of agreements with the WA government, had the simple aim of cooking low-grade iron ore and producing pellets as iron feed­stock for Japanese steel mills.

Technically, they worked. Financially, they failed because the source of the heat to cook the iron ore was imported fuel oil, the cost of which exploded during periods of conflict in the Middle East during that decade.

The next two attempts were tech

Rio Tinto’s HIsmelt project was mothballed after almost 30 years of trial and error - with errors win­ning. BHP Billiton’s hot-briquetted iron project in Port Hedland failed because the $3 billion plant refused to perform as planned, eventu­ally killing a worker when a kiln exploded.

Fortescue Metals Group was the first victim of hubris when it was forced to restructure its debts, sack 1,000 workers, and withdraw tomato sauce from staff barbecues. Until the axe dropped at FMG, its manage­ment team had strutted the resources world like peacocks, unaware that they were walking into a jolly good plucking.

The state’s magnetite processing hopes were built on a combination of hubris and a belief that the resources boom really would last forever; and that Chinese demand for steel was insatiable.

Fortunately, only two entered the construction phase. Others, such as the nonsense that is the Southdown project of Grange Resources, near Albany, have died on the drawing board.

Of the two nearing the final stages of construction, Sino could be first to fall over on simple economic grounds.

Budgeted to cost $3 billion, and scheduled to be in production three years ago, the final bill is likely to be around $9 billion, with first production in the next few months, possibly.

No-one needs a calculator to work out that the over-budget and over­due project is now walking headlong into a sharply lower iron ore price environment, with little hope of a significant recovery.

What that means is that Sino is facing a dreadful decision of perhaps not starting production at all rather than produce at a loss from day one.

Gindalbie’s Karara project is bet­ter placed than Sino, but it too has suffered expensive cost overruns and completion delays, which also mean it is heading into uncertain times as far as price and demand for iron ore is concerned, and will struggle to trade profitably.

Morningstar is one of a number of research firms to wake up to what I’ve been saying for years; that processing iron ore in a high-cost country such as Australia is a tricky business.

“We suspend our valuation,” Morningstar said of Gindalbie, “due to extreme levels of uncertainty and the risk of difficulties servicing debt due to high operating leverage and debt levels.”

Others agree. Merrill Lynch last week downgraded Gindalbie from ‘buy’ (an astonishing recommendation given what’s been happening in the iron ore market for months) to ‘high risk’ with a price target cut from 68 cents to 40 cents, which is still well above the latest price of 27 cents.

Citi has downgraded Gindalbie from ‘buy’ to ‘neutral’, predicting that iron ore prices will bottom at $US90 a tonne and then rally to more than $US100/t as Chinese ore exits the market, which it seems to be doing.

The problem for Sino and Gindalbie (and Grange, which has recognised reality) is that the world wants less iron ore than when they started building; and it wants cheap ore, not the premium product produced in processing plants.

Survival over the next 12 months, rather than profit, will be the focus of management at WA’s two remaining adventures in iron ore processing.

Tripped up on tips

SHARE tipping, of the sort available from Morningstar, Citi and Merrill Lynch, is another commodity risking a downfall if it persists in being after the event, or seen to be excessively optimistic.

The problem, which some investors are starting to notice, is that investment banks and stockbrokers are using their price target powers as a questionable sales tool.

While not saying outright that a stock will hit that target there is undoubtedly a ‘buy now, get ’em while they’re hot’ marketing approach - of the sort heard in sideshow alley at this week’s Royal Show.

At some point the corporate cops might find time to take a look at the price tip game and ask at what point is a stockbroker responsible for his forecasts.

“The art of medicine consists of amusing the patient until nature cures the disease.”