Despite the tax cuts in last night’s budget, the federal government is still relying on increasing revenue in the five years ahead to return to balance, which is still anticipated for 2020-21. 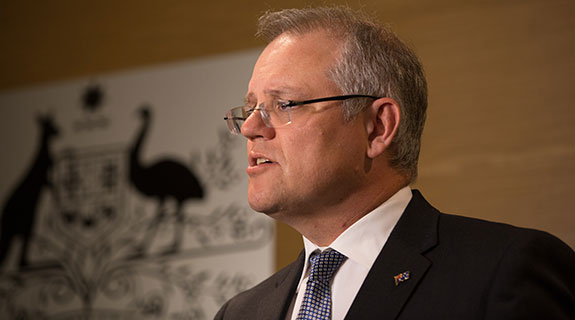 Despite the tax cuts in last night’s budget, the federal government is still relying on increasing revenue in the five years ahead to return to balance, which is still anticipated for 2020-21.

Spending at the end of the forward estimates period is forecast to be 25.2 per cent of GDP, a fall of around 0.6 percentage points from this year’s level, while revenue will increase from 23.9 per cent of GDP to 25.1 per cent.

At those levels, revenue will be roughly the same portion of the economy as in the final Howard era budget, although spending will be two percentage points higher. The underlying deficit in the coming financial year will be $37.1 billion, while in the year closing out in June it’s $39.9 billion.

The economic outlook is moderate, with GDP growth predicted to be a below-trend 2.5 per cent in the coming year, while the unemployment rate will fall to 5.5 per cent.

There’s bad news for Western Australia in the numbers, however, with mining investment forecast to contract by a further 25.5 per cent after an estimated 27.5 per cent fall this financial year.

There were a couple of pleasant surprises for business on budget night, with the revenue threshold for a reduce company tax rate increased from $2 million to $10 million from July 1.

That is coupled with a lower company tax rate of 27.5 per cent, a reduction of 1 percentage point.

Chamber of Commerce and Industry of WA chief executive Deidre Willmott said the chamber was very pleased with the rise in the threshold.

She said the chamber had long sought an increase, and had hoped for a rise to $5 million, with $10 million very welcome.

The plan for all company tax rates to eventually be lowered to 25 per cent was additionally welcome, she said.

To fund the tax reductions, Treasurer Scott Morrison followed through on a pledge to lift the cigarette excise, tightened loopholes for multinational tax avoidance and closed some tax concessions for the top 4 per cent of superannuation accounts.

That included a $1.6 million superannuation transfer balance cap on the amount individuals can move into retirement phase accounts.

A higher balance would need to be transferred into accounts that are not tax free.

The cap would only affect 1 per cent of retirees, according to the budget papers.

The budget additionally lifts the concessional tax rate on superannuation contributions for families with incomes of more than $250,000 to 30 per cent from the previous 15 per cent rate.

That will reduce incentives for those individuals to save for retirement, although the government has argued they will still have an incentive at the discretionary rate.

The concessional contributions cap will be lowered to $25,000 per annum, while other changes were intended to limit the use of superannuation for tax minimisation.

At the lower end of the spectrum, the government has introduced a low income superannuation tax offset from July 2017 to replace a similar existing scheme.

It refunds tax paid on concessional contributions by up to $500 annually for individuals with taxable incomes below $37,000.

A final change will enable income earners to make concessional contributions to their partner’s superannuation.

One new program announced by Mr Morrison was Youth Jobs Path, which he said would begin in April 2017.

That would include training in team work, presentation skills and IT literacy, he said.

For job seekers who have been unemployed for more than six months, the government will fund an internship scheme of up to 120,000 placements over four years.

They’ll receive an additional payment of $200 per fortnight on top of regular income support and will work around 15-25 hours a week.

Employers will receive a $1000 bonus straight off, and a further potential job subsidy.

Other employment subsidies, including for mature aged and Indigenous people, will be streamlined and the total reform bill will cost about $751.7 million, funded through savings in other employment programs. 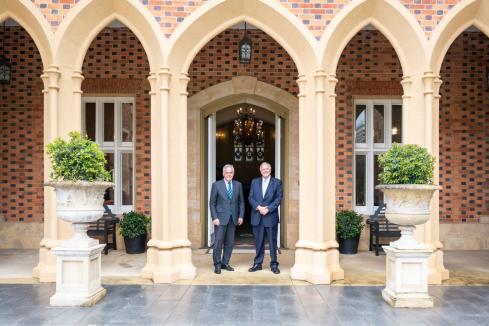