A MICROFINANCE program that provides a safe line of affordable credit to low income earners in Western Australia is creeping closer to a $500,000 milestone. 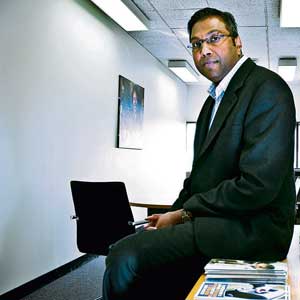 A MICROFINANCE program that provides a safe line of affordable credit to low income earners in Western Australia is creeping closer to a $500,000 milestone.

The National Australia Bank StepUp loans program has distributed almost 150 microfinance loans worth between $800 and $3,000 since the program was launched in WA in 2006.

The StepUp program is similar to several microfinance initiatives offered in WA, particularly that of not-for-profit organisation Opportunity International, which has an office in Perth.

Established 140 years ago, Good Shepherd Youth & Family Service is a community services agency which helps disadvantaged people battle poverty, providing a range of services to give those in need a hand up, not a handout.

The partnership has been welcomed by Opportunity International Australia, which operates under a similar business model to Good Shepherd, providing people living in poverty with a small loan to help them start or grow their own small business.

Opportunity International WA fundraiser manager Dushan Jeyabalan said the organisation was taking a leading role in the provision of enterprise development programs, which were non-financial services that played a vital role in helping clients on their journey out of poverty.

"Essentially these microloans are given to people who don't have any assets or collateral to get credit from a mainstream lender," Mr Jeyabalan told WA Business News.

"With Opportunity International, their word is their asset."

Opportunity International provides risk capital where funding is provided by donors who want the organisation to fund innovative and creative ways to serve the poorest, most disadvantaged areas and clients.

The microloans have a market rate of interest and can be tailor-made to local conditions and requirements.

"Our strategy is to bundle financial services with other enterprise development activities to provide support to poor entrepreneurs and their businesses," Mr Jeyabalan said.

Opportunity International has been backed by RAMS Home Loans founder John Kinghorn, who last year joined the charity on a project to give 5 million people in India access to loans to start small businesses.

Through its not-for-profit partnership, the NAB offers a range of microfinance and interest-free products, distributing $30 million to financially marginalised people since April 2006.

Federal Minister for Superannuation and Corporate Law, Nick Sherry, recently announced the expansion of NAB's microfinance program into Tasmania. At the same time, NAB announced a reduction in the StepUp loan interest rate from 7.24 per cent to 3.99 per cent.

"The reduction in the StepUp interest rate signals NAB's commitment to further help low-income earners in these tough economic times," he said.

The NAB StepUp loans program is delivered through the WA Low Interest Loans Network located in Perth, Kalgoorlie and Geraldton.

NAB head of community finance and development, Richard Peters, said the bank's micro-credit workers had been involved in more than 6,000 "financial conversations" about budgeting and how to access appropriate financial products and services since the program was launched.

"The impact of the StepUp program cannot be underestimated," Mr Peters said.

"StepUp meets a very real community need and its expansion across five states in five years has provided thousands of low-income Australians with positive banking experiences as well as access to fair and affordable credit."