Surf to stay in Margaret River

Global elite surfers are set to continue competing in Western Australia, following a sponsorship agreement that secures the Margaret River Pro event until 2024. 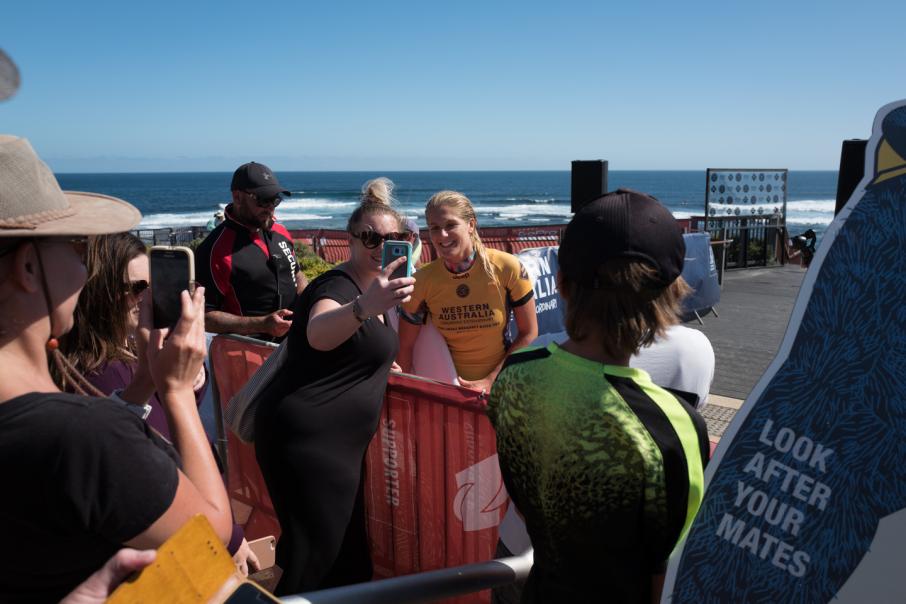 Stephanie Gilmore is one of the elite surfers who have competed in the Margaret River Pro. Photo: Gabriel Oliveira

Under the agreement with the state government through Tourism WA, the annual professional surfing event will remain part of the World Championship Tour for three years.

Established in 1985, the competition has been held in Margaret River every year except 2018, with top professional men and women surfers headlining the event.

The Margaret River Pro attracted about 35,000 spectators and about 5,000 visitors into the South West region in 2019, according to the state government.

Tourism minister Paul Papalia said the agreement would guarantee global exposure to the surf, wine, food, and sights of the region and support jobs.

"The Margaret River region has the highest level of tourism accommodation and infrastructure outside the metropolitan area and events like this are crucial to filling those rooms and keeping people in our regions in work,” he said.

The competition’s estimated annual economic contribution to the local economy according to the state government is $6 million.

Sport and Recreation Minister Mick Murray said the three-year deal would boost the profile of surfing in the state.

"It means Margaret River will continue to be profiled as a top surfing destination alongside the likes of Rio de Janeiro in Brazil, Jefferys Bay in South Africa, Teahupoʻo in Tahiti and Oahu in Hawaii as one of only 11 stops on the World Championship Tour,” he said.

The agreement ossifies the 2021 Margaret River Pro event to be held at Surfer’s Point, Prevelly, in April next year.