FEATURE: Gath Sports and Creatures of Leisure are among a host of local surf companies to emerge during the 1980s and 1990s, all driven by their owners’ passion for chasing big swells and the lifestyle that entails. 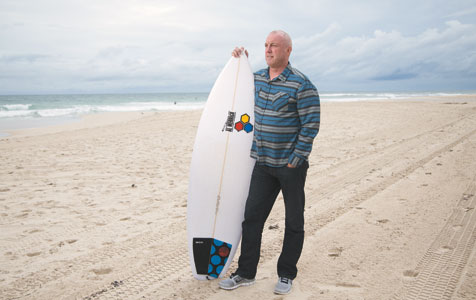 Gath Sports and Creatures of Leisure are among a host of local surf companies to emerge during the 1980s and 1990s, all driven by their owners’ passion for chasing big swells and the lifestyle that entails.

The two South West-based companies differ from some of their peers, however, in that their targeted product focus has enabled them to better withstand the pressures of a turbulent market.

Fellow Western Australia-based companies Wet Dreams, West Surfing Products, and Rusty are examples of what can happen when surfing businesses grow too big too quickly.

In each case, these companies had made their success on the back of specialist products – be it wetsuits, surfboards or the like – before expanding into other products, generally retail.

“Sometimes if you keep a business small and tight you can control it a lot easier,” the Margaret River local and former WA state surfing champion told Business News.

“The bigger you are the harder you can fall. If you look at companies that grow quickly and go onto the stock market … that’s when things go wrong.” Gath Sports has come a long way since production of the first helmet prototypes, which were made using builders’ earmuffs and diver’s balaclavas.

Today, the company’s helmets can be found in many of the world’s major surfing regions.

The company also produces helmets for other water sports as well as air sports, snow sports and for the ocean rescue sector.

“What I have learned is to focus on what you do best, and keep it simple,” Mr Gath said.

“The best thing we can do is focus on our niche market (of helmets) and keep improving the product.”

Similarly, Dunsborough-based Creatures of Leisure has stuck to its principles of specialising in the production of surfing accessories, such as leg ropes and board covers, and resisted the temptations of retail.

The company was founded in 1987 by John Malloy and today has 30 staff with offices in Dunsborough, Gold Coast, US, and France.

“We have developed a very niche market,” Mr Malloy said.

“We are wary of growing too quickly, that is one aspect of it. But knowing who we are and what our customers will accept from us is very important to us as well.

“We are a surf accessories company and we are known for that, and therefore we shouldn’t be getting involved in clothing or wetsuits.”

He later came across polyurethane cord, which was used for replacement belts in washing machines, and, along with a friend, developed the world’s first polyurethane leg rope with injection-moulded parts.

The leg ropes remain one of the company’s staple product offerings, although they have been refined over the years.

“For me, the thing (that stood out most) was the innovation of people like Ric Gath and John Malloy, who went from being a part of a tiny industry in Western Australia to now having a global presence,” she said.

“Surfing has gone from a recreational activity to a highly professional industry that is worth a lot of money.”

Surfing Western Australia chief executive Mark Lane, who has been with the organisation since 1991, said Creatures and Gath Sports were unique in that they hadn’t sold out to the bigger mainstream companies.

“What’s happened is a lot of these other (specialist) surfing companies have been gobbled up by big companies such as Billabong and Quicksilver, but Creatures and Gath Sports are two of the very few companies that have remained core to their products,” Mr Lane told Business News.

Many of the very first surfing companies were established and run by surfers, however that changed with the commercialisation of the sport during the past three decades.

“When the business becomes about balancing the needs of keeping a core brand relevant but also providing a return to your shareholders, that’s a pretty delicate balancing act I would imagine.”