Developers are seeking to exploit new niches in Perth's residential apartment market, with slow sales and patchy project launches likely to lead to supply issues in the near future. 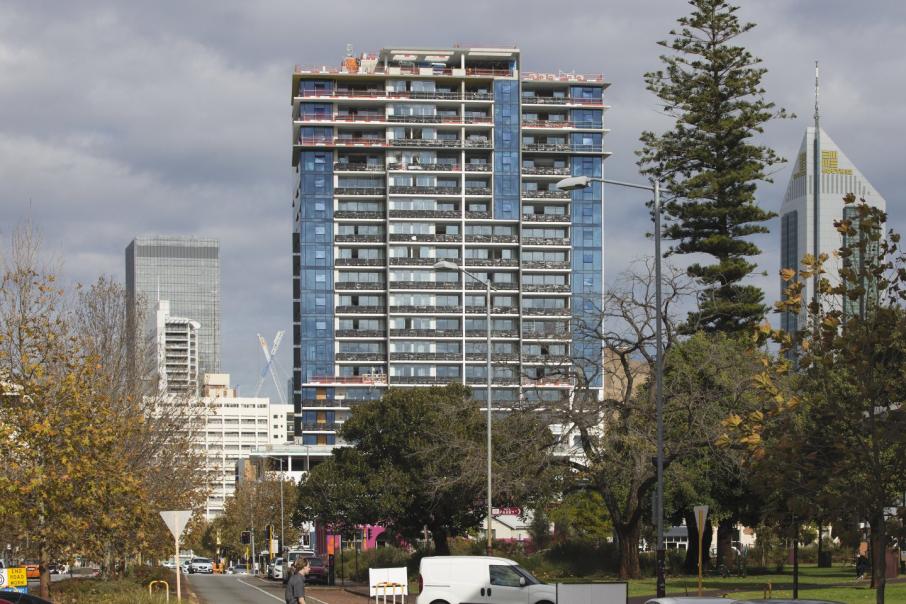 Apartment developers in Western Australia have been scrapping for business for the better part of two years.

The economic downturn and plunging population growth have had a massive impact on the state’s residential property sector, a segment of the economy not long ago considered to be overheated.

For apartment developers, that has meant achieving pre-construction pre-sales inside six months is considered a successful outcome, instead of the six weeks it took while WA’s surging economy was the envy of the nation.

Stricter financing requirements have exacerbated the pressure on developers, with banks seeking up to 80 per cent of a project’s apartments be sold before they are willing to lend for its construction.

At the same time, the long-lead nature of constructing big buildings has resulted in a record supply of apartments being delivered, while demand has fallen off a cliff. 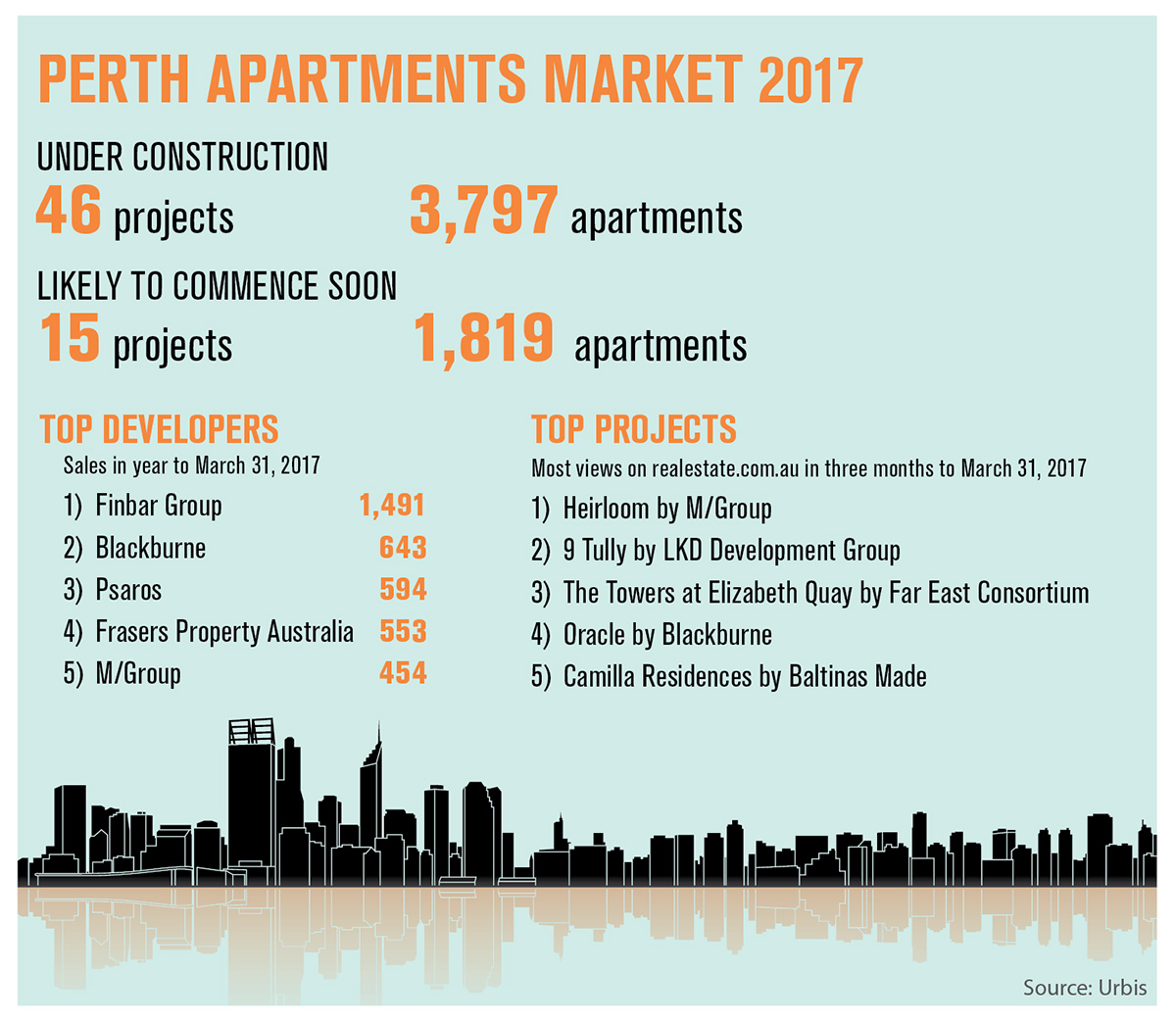 The latest data from Urbis shows there are 46 projects under construction across the city, containing 3,797 apartments – both record highs for a city that’s still in the nascent stages of an apartments evolution.

However, the projects being built are those that were largely sold in 2014 and 2015, and the supply of new developments, according to many industry players, is slowing.

Blackburne managing director Paul Blackburne said while he believed there remained strong underlying demand for apartment living, it was difficult to predict where future supply would come from.

“Show me, in the last 12 months, what projects have started construction; there would only be three or four developers in Perth,” Mr Blackburne told Business News.

“What this means is there will be a shortage of apartments coming in a year or two.

“I just don’t see a lot of new projects around and I don’t think that’s going to change.”

Mr Blackburne said buyers were already becoming savvy to the supply-side equation, with quality projects in good locations being snapped up at a rapid rate.

Blackburne’s latest project launch, Essence in Claremont, attracted $62 million worth of sales over the first weekend, and by the end of this month, Mr Blackburne expects it to be sold out.

“People will hear this has sold out within a month and will start to think ‘well I’ve got to be quick’,” he said.

“But when is the next one coming out? I don’t see them coming; there’s not the availability of sites and good quality land.” 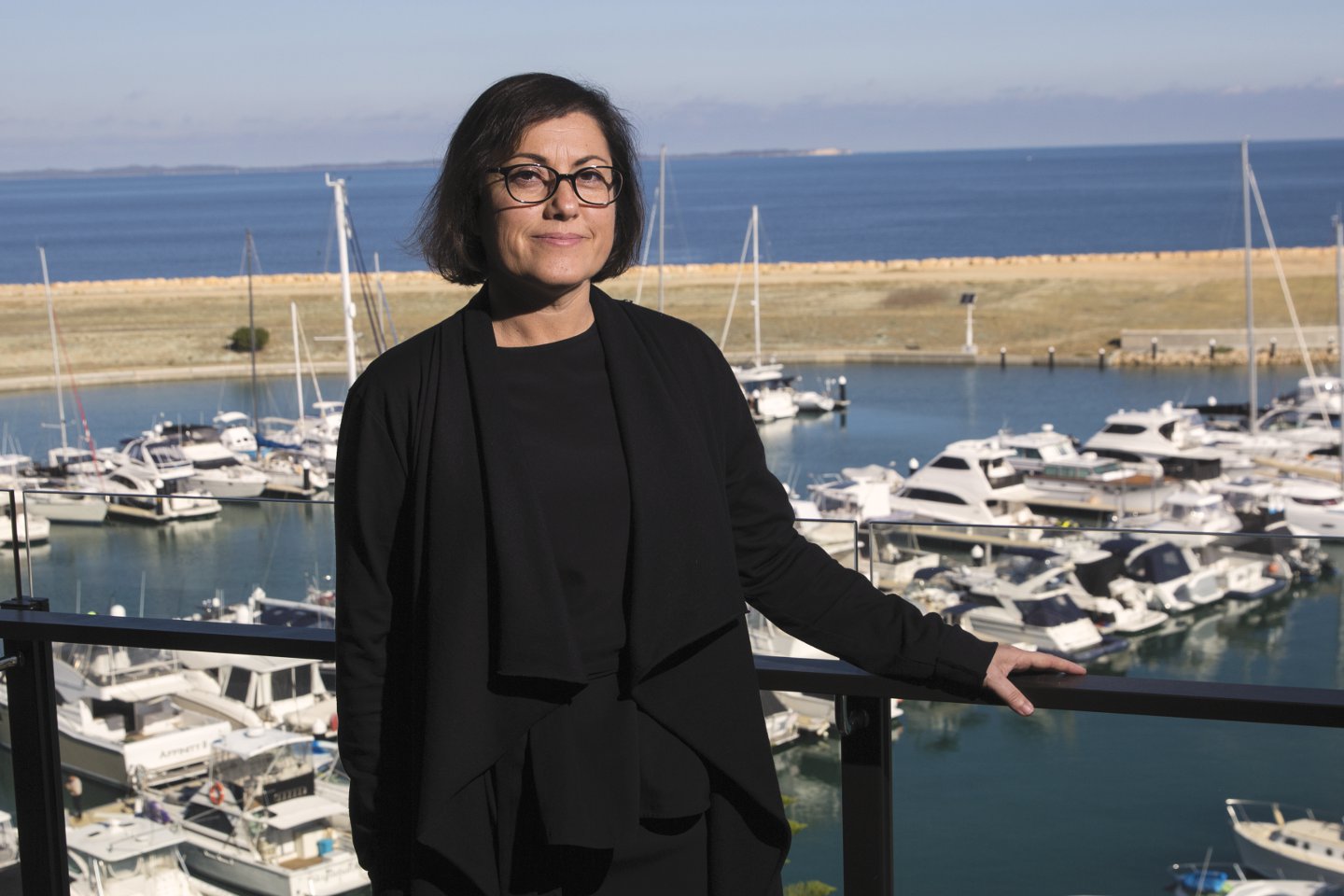 TRG Properties chief operating officer Tanya Trevisan said it would be easy to be pessimistic because of the difficulty in getting projects away, although the increasing levels of inquiry were encouraging.

However, Ms Trevisan said converting those inquiries into sales was a difficult proposition, and echoed Mr Blackburne’s future supply concerns.

“There is going to be a supply issue, because apartment projects take so long to go from what I call the lightbulb moment, which is the idea, though to delivery, it takes about three years,” she said.

“A lot of projects just aren’t being launched or coming to the market at the moment, and Perth has been like that for about 12 months.

“You can see where that’s going to head; we’ve been there before within the last 10 years when we had supply issues, and I think it’s coming back again.”

The supply-side fears are illustrated through Urbis’s analysis of the dwindling pipeline of new projects.

Urbis data shows there are 15 projects across the city likely to achieve pre-sales in the next few months, containing 1,819 apartments.

Urbis director of economics David Cresp said one of the market’s defining factors was the number of projects being deferred.

Earlier this year, Business News reported that developers across the city had applied to extend planning approvals for more than $300 million worth of projects.

Mr Cresp said the market conditions had resulted in Perth’s most experienced developers rising to the forefront of buyers’ minds.

In the 12 months to March 31, the top five apartment sellers (according to Urbis) were some of the most familiar names in WA development – Finbar Group, Blackburne, Psaros, Frasers Property Group and M/Group (formerly Match).

“In a market like this, you tend to see consolidation of the stronger developers that really know what they’re doing,” Mr Cresp said.

“Developers that produce high-quality product, they know what they are doing and where to do it, and even in times like this they are successful in getting pre-sales because they are producing the right kind of product for the market.”

Edge Visionary Living managing director Gavin Hawkins, whose company recently achieved pre-sales in six months at its Botanical project in Subiaco and is gearing up to launch sales at another development in Floreat, said downsizing owner-occupiers were having a significant influence on the size and shape of apartment stock.

Mr Hawkins said buyers were willing to compromise coming from a house, but developers’ capacity to limit that compromise meant they were more successful in selling apartments.

“We’re trying to bridge that gap where, in Perth, there has been this historical almost shoebox-type apartment design,” Mr Hawkins told Business News.

“We’re trying to break out of that and offer some things that people would see and feel in their house, and try and put that into the fabric of the apartment.

“A lot of buyers are happy with the layouts but there is a healthy percentage that want to make a tweak, extend the pantry into a scullery, or have a third bedroom as an activity room.

“We bring them in and offer an in-house architectural service, which certainly helps get sales across the line.”

One of the reasons developer Psaros was able to achieve sufficient pre-sales to begin construction of its $34 million Eastbank project in East Perth was its recently unveiled partnership with ASX-listed Malaysian development giant, United Overseas Australia.

Psaros managing director Mike Enslin said it was useful in a difficult market to have a project partner with significant financial clout.

“Because of where the industry is, it is really useful to have big balance sheets to give you time on the development site and not having pressure to develop and be answerable to banking covenants and the like,” Mr Enslin told Business News.

“I also think that, as Perth matures, like any market, the bigger developers with the strong balance sheets are the ones that benefit.

“Certainly we recognise that, and it’s much quicker to talk to someone with a big balance sheet than to build it yourself.”

For Norup + Wilson, which recently signed a $51 million construction contract with BGC for The Crest in Burswood, and is in final negotiations with BGC for a building deal for The Precinct at Canning Bridge, the secret to navigating Perth’s difficult market has been through considered building design.

Norup + Wilson managing director John Norup said the developer’s decision to allow buyers to customise their apartments and focusing on small details, like tapware, fixtures and fittings, had resonated with the market.

“There is a flight to quality now rather than investment stock, and that’s the marketplace we’re in, to provide that quality.”

He said another reason Norup + Wilson’s projects were viable even in difficult times was a considered approach to building design.

“We base our design on engineering, not architecture,” Mr Norup said.

“We design it very efficiently, we plan even where the tower crane is going to go and how the builder is actually going to build the job, so by the time the builder comes on board and he’s about to build it, he says ‘you guys have thought of everything’.

“We’re actively thinking of ways of reducing labour on our projects.

“If you take The Crest as an example, the whole building has got wraparound balconies, so what that means is you don’t need abseiling contractors to clean the windows, so straight away, cleaning costs for the building are lower.

“When it comes to repainting the building in 10 years’ time, it’s about a third of the price, because the painter can walk around the whole building, and there are hardly any walls to paint because most of it is glass.

“And I don’t think we’d get the projects away if we didn’t put these initiatives in, because then we’d be doing the same thing as everybody else.