Superpower China to be #1

New research from publication The Economist indicates China will be the world’s largest economy by 2026, with a forecast nominal GDP nearing $US30 trillion, and predicts the rise of Asian nations will drastically affect global politics. 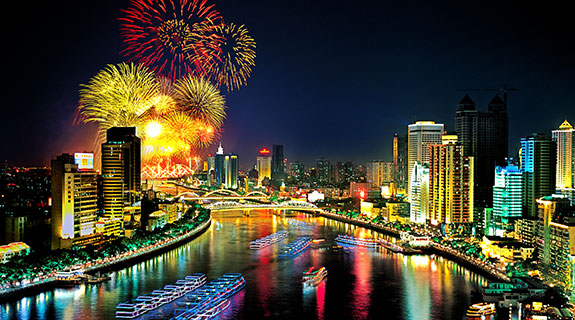 New research from publication The Economist indicates China will be the world’s largest economy by 2026, with a forecast nominal GDP nearing $US30 trillion, and predicts the rise of Asian nations will drastically affect global politics.

That would be up from $US10.3 trillion currently, with the Chinese economy currently in second place behind the US.

But China’s larger population will mean that, in aggregate, it will power past the US in 2026 and continue to grow, surpassing $US100 trillion by 2050.

This will be despite a reduction in the size of the Chinese labour force, which is estimated to fall 18 per cent below current levels by mid century.

The research also shows that Asia will contribute 53 per cent of global GDP by 2050, up from 32 per cent last year.

The UK will no longer make the top five, while Indonesia will move to ninth place at $US2.7 trillion.

In per capita terms, developed countries will still be better off, although the purchasing power of a Chinese consumer will rise from around 14 per cent of a US counterpart to be around 50 per cent in 2050.

“Given China’s and India’s economic might, they will take on a much bigger role in addressing global issues such as climate change, international security and global economic governance,” Ms Morton said.

“In the medium term, this will require the world’s existing powers, notably the US, to let India, and especially China, play a greater role on the world stage and adapt international institutions to allow them to exert greater influence.”

It could be good news for Australia, however, with growth in India, China, Japan and Indonesia affecting demand for Australian resources.

Dramatic growth would mean increased demand for protein through the meat exporting industry, grain, or particularly with the less developed nations, for hard commodities used in infrastructure.