The federal government is working to ease pressure on supply chains amid spiking Omicron cases as stock is thinning out on supermarket shelves. 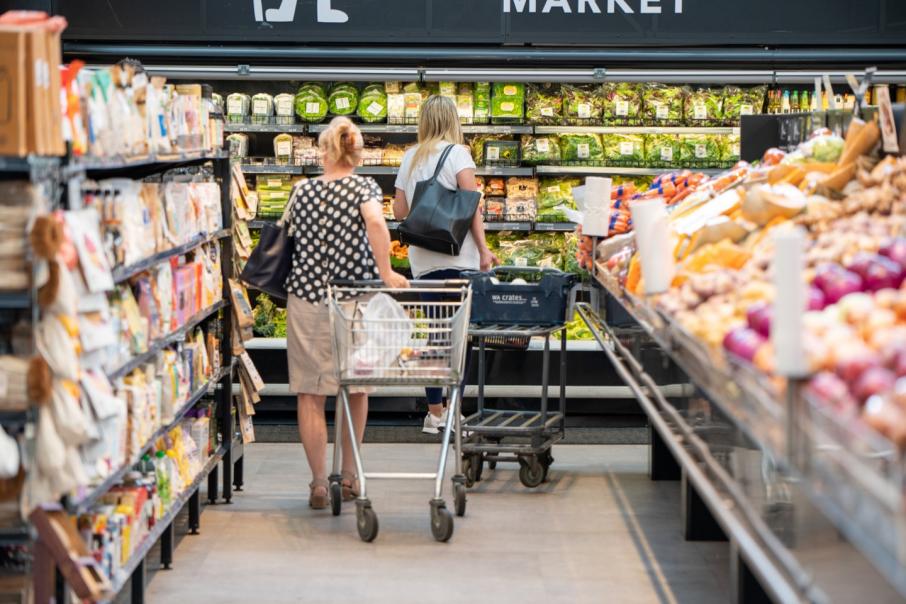 The federal government is working to ease pressure on supply chains amid spiking Omicron cases as stock is thinning out on supermarket shelves.

Assistant Treasurer Michael Sukkar said getting supply chains back up and running to make sure shelves were stocked is a priority for the federal government.

"Some important work that has been led through national cabinet has seen the Queensland and NSW governments coming forward with changes to the isolation requirements for workers in that supply and logistics area," he told Sky News on Monday.

"It means fewer workers will need to isolate. That will mean those resources will not be taken away and that will have a positive benefit."

The head of Woolworths is also seeking to quell concerns about supply shortages as supermarket shelves are left bare.

Brad Banducci said customers won't be left hungry but some concessions needed to be made due to the increased demand.

"There is enough product in our supply chain to meet the needs of our customers (but) it might not always be their favourite brand unfortunately," he told the ABC on Monday.

Mr Banducci said supply issues would likely last for the next two to three weeks as the country comes to the predicted peak of Omicron cases.

He noted he was taking a conservative estimate, with his team saying supply would meet demand by the end of the week.

The changes by NSW and Queensland to allow out of isolation vaccinated and asymptomatic logistics workers who were close contacts has been branded as reckless by the Transport Workers Union.

"Close contacts are more likely now than ever to have the virus, because of Omicron and definition of close contacts," he told the ABC.

"The concern is they will be required to work. That means you have people (who are) the most likely to have the virus in workplaces.

"There is a real danger here that this might make matters worse."

"They are changing what is a close contact now and then we just need to accept that the Omicron variant is everywhere," he told the Seven Network.

"We have to make sure we don't have panic buying because that doesn't help. We will not run out of food. We are not running out of food."

The Australian Retailers Association said access to rapid antigen tests needed to be a priority for essential frontline retail and distribution centre workers so work could be undertaken safely.

"We are asking for a focus on directing testing resources where they are most needed to support essential services, and reducing reporting red-tape and administration," he said.

"We are getting member feedback that the new employer reporting requirements from the states are onerous, overwhelming teams and causing much needed resources to be diverted into administration which is a roadblock to other safety and support issues."

The head of the vaccine rollout, Lieutenant General John Frewen, said distribution also remained a problem for the vaccine as children aged between five and 11 become eligible for their first dose.

"Supply of vaccines now isn't the concern. Distribution is our hardest challenge," he told Nine.