Supermarket giants squeezed from both sides

OPINION: Supersized big-box retail is throwing down the gauntlet to the established order in Australia. 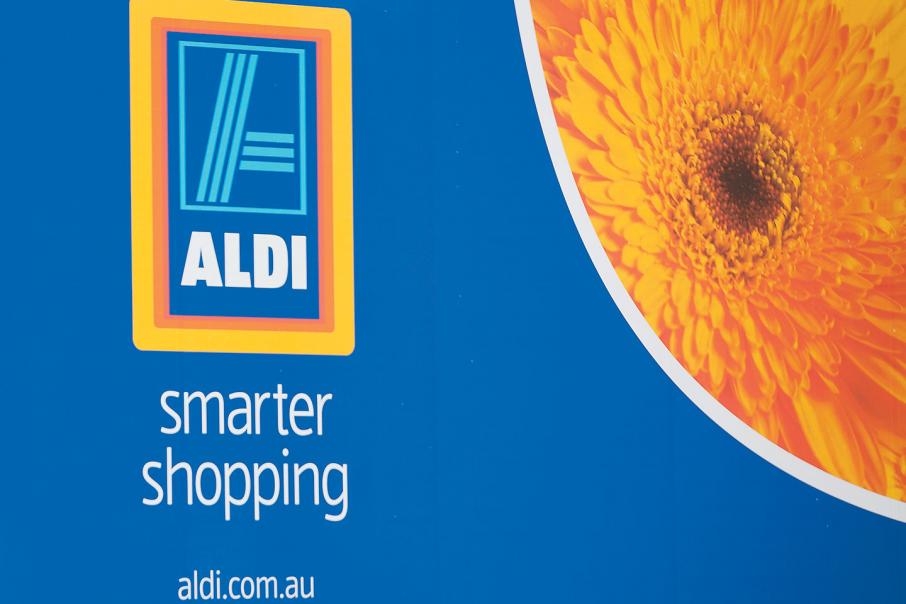 Aldi lifted its market share to 6.7 per cent last year, up 2.6 percentage points, according to Morgan Stanley. Photo: Attila Csaszar

OPINION: Supersized big-box retail is throwing down the gauntlet to the established order in Australia.

Here is a bit of trivia that, while it may appear innocuous enough, could signal some very serious challenges ahead for Australia’s supermarket players.

Two years ago, the biggest pack of washing powder in most supermarkets weighed 1.8 kilograms. Today the product is available in a 4kg pack, or even a 9kg pack if you shop at Costco.

That little gem of information has not come from a manufacturer of washing powder, but rather forms part of a serious piece of research into Australia’s supermarket war by investment bank Morgan Stanley.

What the bank’s analyst, Thomas Kierath, did was compare the prices of a basket of groceries at major supermarket chains and examine the more important question of how price competition from newcomers to Australia is eating into the business base of the established leaders, such as Coles, Woolworths and Independent Grocers of Australia (IGA).

While the American deep-discount warehouse operator Costco is yet to arrive in Perth, it is making itself felt in other Australian cities where it has eight outlets – three in Melbourne, two in Sydney, and one each in Adelaide and Darwin.

The Costco business model is very American. Everything is supersized, the shop layout is pure warehouse (like a Bunnings hardware store), and the range of goods is vast.

German supermarket chain Aldi operates at the other end of the grocery spectrum, with small stores that carry basic household requirements in a no-frills setting.

What the big American and the small German share in common is that they have enjoyed annual double-digit sales growth during the past few years, partly because they are starting from scratch, but also because they offer something a little different from conventional Australian grocery stores – and mainly because they are offer the cheapest possible prices.

There is an important lesson from the influx of international, low-cost, grocery retailers for investors in Australia’s supermarket leaders, and that is the near-certainty of falling profits as they are forced to compete on price, variety, and size.

Which leads back to washing powder.

Mr Kierath, who shops occasionally at the Auburn Costco store in western Sydney, used the washing powder package size as an example of how traditional supermarkets are starting to compete – the biggest pack available at Woolworths in 2015 weighed 1.8kg, while today it is 4kg (and 9kg at Costco).

The inference in Mr Kierath’s observation is that Costco’s size-matters approach to achieve a discounted price has forced rivals to increase the size of what they stock.

Most interesting from an investor’s perspective is the market-share data, in which Morgan Stanley examines the changing structure of the Australian grocery market as Costco, Aldi, and other internationals force their way into the grocery business.

Six years ago, when Costco and Aldi where small players in the Australian market, the big three (Woolworths, Coles and IGA, which is owned by the ASX-listed Metcash) had respective national grocery market shares of 37.8 per cent, 27.9 per cent and 16.3 per cent (Aldi had 4.1 per cent and Costco’s food only market share was 0.2 per cent).

Aldi has been the big winner since 2011, lifting its market share to 6.7 per cent last year, up 2.6 points, while Costco’s food-only market share was 0.9 per cent.

The next three years promise more of the same trend, with Woolworths tipped to drop to 33.6 per cent, Coles down to 28.2 per cent, and IGA at 11 per cent. Aldi is tipped to secure 10.5 per cent of the national grocery market and Costco 1.8 per cent.

Market share in the grocery market is important because the more a retailer acquires from a supplier, the greater the discount for bulk buying.

In the case of IGA, assuming Morgan Stanley’s forecasts are correct, a fall to just 11 per cent of the national market means it is losing buying power at a faster rate than its traditional rivals, Coles and Woolworths, and by 2020 would almost be on the same level as Aldi.

Metcash, owner of IGA, obviously faces a challenging period, but so do Coles and Woolworths.

In order to retain the market leadership they have held for decades, they will be forced into an intensifying price battle against rivals that have a lower cost base through their bare-bones shops (Aldi) or warehouse-style offering (Costco).

Shoppers will be the winners from what’s happening. Investors should be wary as profit margins are squeezed.