Sun Connect in a race to the top

One out of every five Australian households now has solar energy installed, according to the latest Australian Bureau of Statistics data. 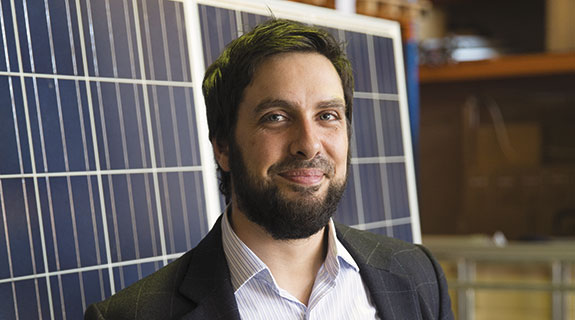 One out of every five Australian households now has solar energy installed, according to the latest Australian Bureau of Statistics data.

That figure is a little lower in Western Australia, where 16 per cent of households use some form of solar power, but this state still has the third highest uptake of solar electricity per proportion of households, behind only South Australia (24 per cent) and Queensland (20 per cent).

Generous government incentives provided a major boost for the industry, but a focus on cheap products and a dependence on subsidies have since wiped many businesses out, Mr Tuke said.

“Sun Connect enjoyed a meteoric rise through the ranks of the 700 solar businesses that once populated Australia’s renewable energy landscape,” he said.

“What has differentiated Sun Connect in its growth arc is that, unlike a reported 90 per cent of solar businesses that have failed since 2008 in Australia, Sun Connect didn’t rely solely on government subsidisation, but rather built its sales model, business model and business stability around a value proposition.

“When most solar businesses were in a race to the bottom regarding price, Sun Connect focused on high-end systems.

“Sun Connect was diametrically opposed to cheap and short-lifespan systems, and the business model built around those (instead) using its components and price as a badge of honour.”

In 2011, the company made the decision abandon the “crowded but relatively safe” residential market to pursue commercial and industrial markets exclusively.

“Sun Connect’s strategy to adopt to a changing environment has always been simple – to not thrive or fail at the whims of the market, to take away the market’s power to dictate to you by creating or pioneering a new market,” Mr Tuke said.

Its new markets have led to Sun Connect expanding into New Zealand and launching a corporate division.

Despite the new focus, the company has continued to sell solar as a service, not as a product, in order to contribute to stable, long-term growth.

Investments in the company have included becoming one of a small number of solar companies in Australia to achieve ISO9001 quality accreditations, increasing its engineering capabilities, and creating its own customer relationship management system.

Mr Tuke said the investments were part of the company’s earlier commitment to prioritise long-term growth, which it initially pursued by signing clients up to low capital cost but ongoing operating cost power-purchase agreements.