Recent events in the business and political sphere highlight again the importance of having a good succession plan, a process that many leaders do not embrace or understand. 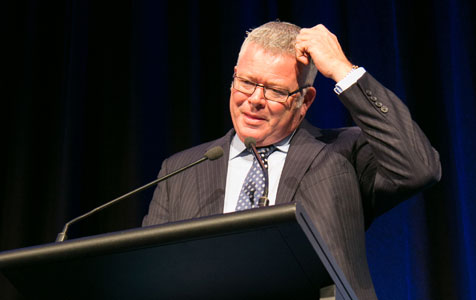 FEW OPTIONS: The resignation this month of Troy Buswell from the ministry highlighted the stark lack of alternative leaders. Photo: Attila Csaszar

Recent events in the business and political sphere highlight again the importance of having a good succession plan, a process that many leaders do not embrace or understand.

I've lost count of the number of reports I’ve read that found succession is the number one issue facing family businesses in Australia.

One of the main reasons is that the individuals who have founded or built successful businesses want to keep on running the show, because that is their passion.

Len Buckeridge was a prime example – he achieved outstanding success at BGC and, despite ill health over many years, worked to the very end.

There are plenty of other self-made business owners in Perth who operate in the same manner.

They often put in place a solid management team that can run the business on a day-to-day basis but in most cases are not able, or given an opportunity, to drive the business strategically.

That critical task is left with the company founder and owner.

It’s a surprisingly similar story in the state government, where Premier Colin Barnett is the dominant figure.

The resignation this month of Troy Buswell from the ministry highlighted the stark lack of alternative leaders.

There are others in the state government who are solid ministers (though that adjective is too flattering for the entire ministry) but are not leadership material.

Hence we have the bizarre scenario where newly appointed Transport Minister Dean Nalder, who has been in parliament just 12 months, is being spoken of as a leadership contender.

Mr Nalder has a good pedigree; a successful career in business with the ANZ Bank and Australia Post and a family history in politics, with both his father and grandfather having been elected to state parliament.

The ability of any organisation to manage a smooth and effective succession goes a lot deeper than simply finding a talented individual.

It goes to the ability of the current leader to pass on their knowledge – not just technical knowledge but cultural knowledge.

The failure of current leaders to do this properly is a recurring theme.

One of the findings of PricewaterhouseCoopers’ recent family business survey was “just how back of mind succession planning was despite being recognised as a challenge”.

“Sixty seems to be some sort of invisible barrier that once owners cross they start to plan for succession,” the report found.

“Sixty is too late. Bring the next generation into the business as soon as possible. It helps from a mentoring perspective and brings new ideas that help to grow the business.”

The BDO report said these qualifications were essentially meaningless if not accompanied by a strong transfer of knowledge from the parents who ran the business.

“The importance of passing along unique knowledge critical to the success of the family business is too often overlooked,” the report concluded.

In this regard, it’s interesting to look at the experience of failed contractor Forge Group.

The people who built the business did have a formal and defined succession strategy, which included appointing a new chief executive and chairman to take the reins.

It seems clear, with the benefit of hindsight, that the new management team led by David Simpson did not really understand the business, despite having the right formal qualifications and relevant experience.

It will be fascinating to watch how BGC, the state government, and many other organisations in Western Australia manage this challenge.