Premier Mark McGowan has lashed the federal government for ignoring WA's shipbuilding capability after it confirmed full-cycle docking would remain in Adelaide. 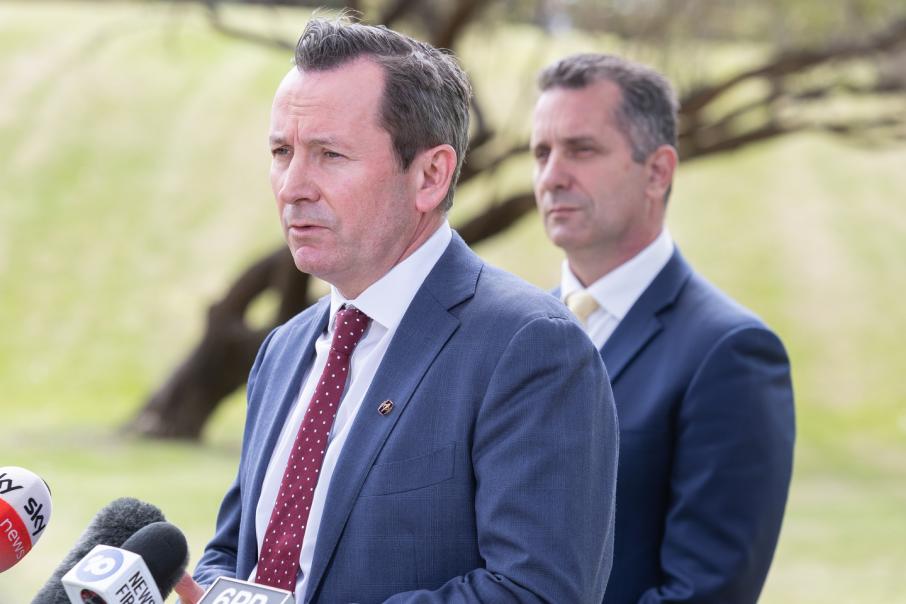 Mark McGowan (centre) and Paul Papalia have lobbied furiously in recent years for full-cycle docking to be in WA. Photo: Gabriel Oliveira

Premier Mark McGowan has lashed the federal government for ignoring Western Australia's shipbuilding capability after it confirmed full-cycle docking would remain in Adelaide for the foreseeable future.

That comes after it was revealed overnight that Australia would build nuclear-powered submarines as part of a newly formed security pact with the US and the UK.

Prime Minister Scott Morrison this morning said he had spoken with Premier Mark McGowan yesterday about the decision, assuring him federal funding for the dry dock slated for Henderson.

That's despite furious lobbying by the state government in recent years to bring those works to Henderson.

In response to today's news, Mr McGowan was highly critical of what he said was a decision that did not recognise WA's innate industrial strength and shipbuilding capability.

"This is a decision that favours the eastern states and flies in the face of Western Australia's strong case to secure the full cycle docking program," he said.

"While we are extremely disappointed, we know that Western Australia's superior capability to undertake job-creating defence projects at Henderson remains.

"We have the industry expertise, the infrastructure and the capability to accommodate a much larger share of Australia's defence industry work.

Paul Papalia, the state's defence industry minister, said the federal government had chosen to back South Australia and snub WA.

"Western Australia's defence industry has every right to be deeply aggrieved," he said.

"WA industry and the state government engaged in a two-and-a-half-year process in good faith only to find that the federal government was never genuine."

Chris Rodwell, chief executive of the Chamber of Commerce and Industry of WA, voiced disappointment with the decision this afternoon.

"Though significant defence industry work will continue in Western Australia on a variety of patrol vessels, the decision is a setback for WA’s defence industry businesses and jobs," he said.

"It is a lost opportunity for more small and medium-sized WA businesses to further develop, transfer and apply recognised expertise in oil and gas, mining and advanced manufacturing to a large and complex defence project."