Subiaco falls off the pace as retailers struggle 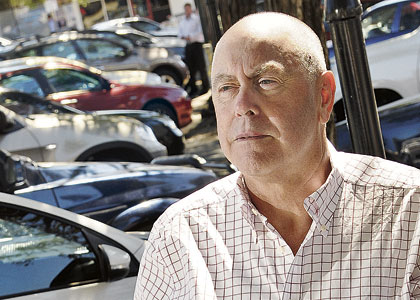 A GENERAL malaise in retail sales, a lack of car parks and stringent development rules are three of the biggest issues facing Subiaco’s retail property and broader business markets.

In the late 1980s and early 1990s Subiaco shifted from a largely industrial area to a sought-after boutique retail and cosmopolitan coffee strip, with the main intersection of Rokeby Road and Hay Street its cornerstone.

But in recent years the retail strip has sagged amid tired shop frontages, lagging development, high rental rates and the added pressure of competition from nearby stately fashion precinct, Claremont Quarter, and online shopping.

If they did not, they would struggle and the property market could falter in an increasingly competitive metropolitan environment.

The association is due to host a meeting of Subiaco businesses in March aimed at developing a strategy to bolster the local market.

“We are slipping behind other areas,” Mr Parnell said. “Subiaco needs some rejuvenation to attract people back.”

He said one of the biggest issues holding the area back was the lack of car parking facilities.

Retailers and shoppers now had the damaging perception that parking in the area was too difficult, deterring shoppers.

“As far as businesses are concerned, the amount of parking and the flexibility of parking is a major issue,” Mr Parnell said.

Despite this, he estimates retail vacancy rates in the area were below 5 per cent, indicating demand was still strong.

The City of Subiaco has been discussing plans for developing the Forrest Street car park since 2009 and ideally would like to construct a three-storey strata title car park on the existing site.

The plan will go to council this week which will most likely call for expressions of interest from developers once the plans are approved.

The development of the industrial zone to the Wembley end of the Subiaco city limits into what is now known as Subi Centro has helped the area expand into the third-largest commercial space in Perth, bolstering the area’s retail customer base for the high-street strip shopping.

The Subiaco Business Association will also be looking to come up with a plan for ‘place making’ in Subiaco, to inject development into the area to create new hubs.

The Pavilion Markets site on the corner of Rokeby and Roberts roads has been a sitting duck for a long time, with its boarded walls plastered with events posters.

Sydney-based D2 Property Development released plans for the site last year, but barely got a look in with the City of Subiaco, which halted the plans at the scheme-amendment stage. They did not even go out for public comment.

D2 is considering its options.

“There are a lot of place-making initiatives that have been talked about for many years with the city, but none of them have been implemented,” Mr Parnell said.

Slightly further away from the central Subiaco precinct, one of the last sites in the Subi Centro redevelopment is out for tender.

The former Australian Fine China site on Hay Street, bordered by Darbon Crescent and Price Street, will be a mixed-use residential and commercial site that will arguably be a ‘place-making’ development.

When the original plans for the site were submitted, the City of Subiaco and Subiaco Redevelopment Authority were embroiled in a legal battle over the height of the development.

Also, Patersons Stadium is set to move from Subiaco to Burswood in 2018 and will leave a gap, with about 40,000 potential shoppers and diners visiting the area on a weekly basis during football season.

Mr Parnell said the move did not have to be disastrous and there was enough time for businesses and property owners to prepare.

According to Mr Tsagalis, Subiaco is, like most other retail precincts, sitting under the cloud of a “global financial crisis-induced discretionary spending malaise” and, while Mr Parnell suggests Claremont has syphoned off some of Subiaco’s retail trade, Mr Tsagalis argues Claremont has offered something different to Subiaco for retailers.

“There is no doubt that Claremont has had an effect,” Mr Tsagalis said.

“You have to be cognisant of the fact that Subiaco generally is a collection of predominantly high street shops individually owned, even if there are cluster groups.

“The game changer in Claremont has been the Claremont Quarter opening. One owner, with one common theme and Coles and David Jones as part of the development. That is an attraction in any market.”