Premier Mark McGowan today hailed the start of construction of Blackburne’s $280 million ONE Subiaco project as the first stage of the suburb’s transformation. 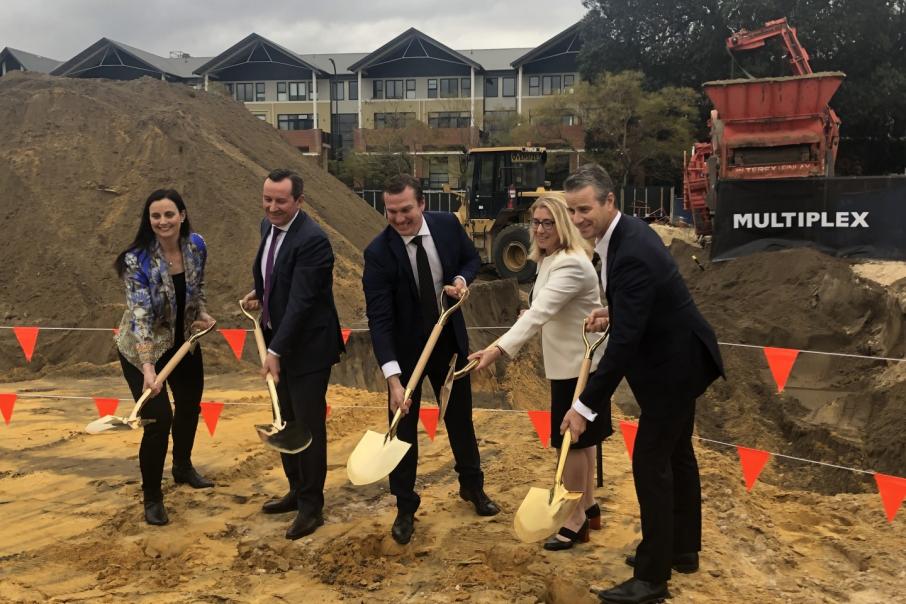 Premier Mark McGowan today hailed the start of construction of Blackburne’s $280 million ONE Subiaco project as the first stage of the suburb’s transformation.

To be built on the site of the old Pavilion Markets, the project will comprise a ground floor open to the community and 245 apartments.

Construction of ONE Subiaco will be undertaken by Multiplex and will create and support 1,650 jobs

“This is a transformational project that will deliver short-term and long-term benefits across the community,” Mr McGowan said.

“This major development is going to have a positive impact on Subiaco and the surrounding community for decades to come.”

Developer Paul Blackburne said the project was achieving three to 10 sales per week and he expected it would be sold out within six months, having already sold more than 200 apartments.

Mr Blackburne said 60 per cent of buyers were locals, from the Shenton Park and Subiaco area.

He said he had no intention of expanding to other states or overseas, preferring "one project like this a year” in Western Australia.