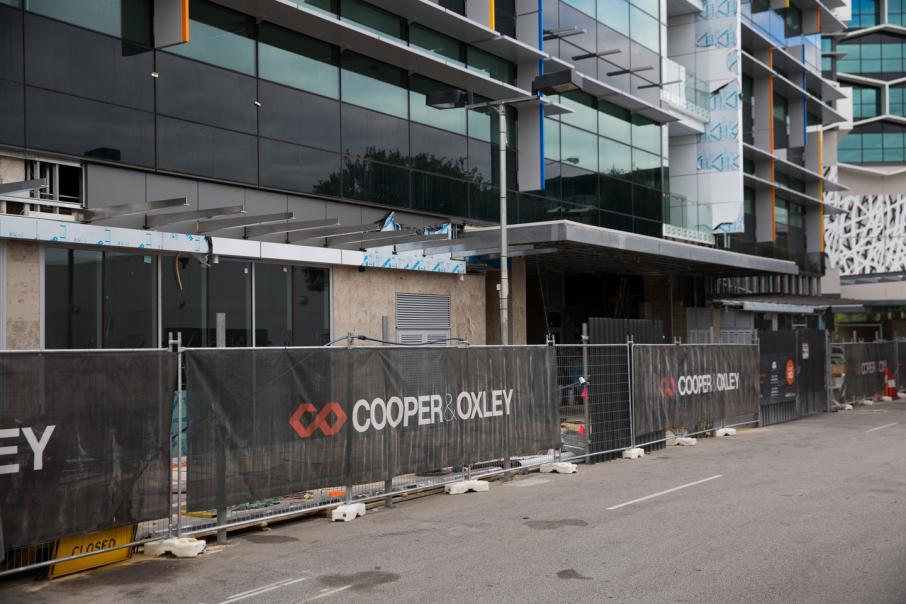 Last year Attorney-General and Commerce Minister John Quigley had publicly supported calls for the introduction of cascading statutory trusts that would help protect payments to subcontractors that can be exposed to losing hundreds of thousands of dollars when builders fall into administration.

These trusts, which would be a first for Australia, would effectively make head contractors set aside progress payments intended for subcontractors they engage on a project.

Following continual complaints and an increase in payment delay issues across the construction industry, the state government engaged an independent advisory group, chaired by barrister John Fiocco, to conduct a review of the sector.

In response the Security of Payment Reform in WA Building and Construction Industry was released in 2018, with one of the recommendations encouraging the adoption of these trusts.

In response to Business News inquiries, Minister Quigley’s office has defended the exclusion of the trusts and statements that the new legislation has been ‘watered down’ to apply only to retention money.

“The Bill contains a retention trust scheme that will apply down the supply chain; the first of its kind in Australia and which fulfils the Government’s 2017 election commitment. The scheme will better protect subcontractor’s retention money in the event of insolvency,” Mr Quigley said.

“The report prepared by barrister John Fiocco at the end of 2018 recommended the McGowan Government considered going further by legislating a trust scheme to capture all payments made down the supply chain (i.e. retention money and progress payments).

“The McGowan Government considered the extensive feedback it received from the industry on Mr Fiocco’s recommendation, with many raising genuine concerns about the significant impact on businesses and the disruption to the pipeline of future works.

“In light of the economic challenges currently facing the industry, the McGowan Government is taking a measured approach to implementing payment reform, by focusing on protecting retention money first to give the industry opportunity to understand and adapt to these changes.”

Additionally, Mr Quigley said the Bill would also introduce shorter payment times, and introduce new powers for the Building Services Board to exclude building contractors with a history of insolvency or not paying court and adjudication debts from the industry.

"We are confident that the Bill will be effective in improving subcontractor payment protections," he said.

“You can’t have cascading trusts without having an efficient and economic way of resolving a dispute as to payment."

“Due to the COVID-19 situation, we can’t throw a further administrative burden upon the construction sector in this term of government.

“Further, because of the legislative program it is impossible to do it in this term of government.

“We will reconsider this (statutory construction trusts) in the next term of government.”

The New South Wales building regulator has also said that it would not set up trusts to protect subcontractor payments, in favour of other methods such as blockchain-based systems instead.

“Why would you want to embed the economy with huge governance and compliance costs for progress payments when your focus should be on making sure the things you are paying are truly worth being paid for?”

Master Builders Association WA executive director John Gelavis said the association supported the government adopting a cautious and measured approach to major reforms in the building and construction industry at this time.

Jon Posthuma, the managing director of Australian HVAC Services, is just one of many subcontractors who have recently lost hundreds of thousands of dollars on jobs as a result of builders going bust.

Most recently, Mr Posthuma lost more than $200,000 as a result of Cooper & Oxley  Builders falling into administration but says there’s a bigger picture to look at beyond cascading statutory trusts.

“Even with Cooper and Oxley, that was a lot of money we lost but there was no malice on their end. Certainly for all intents and purposes (they) didn’t go out there to deceive,” he said.

“When a builder goes into administration it makes it very difficult for everybody no matter which way you spin it including for the developer.”

Mr Posthuma pointed to a larger review of ensuring there were mechanisms in place so jobs were priced accordingly with all parties involved in a project: developer, builder and consulting engineers and subcontractors.

“Then you look at the system overall and you look at the other builders and you feel let’s face it, it's generally not with malice intent that they don’t pay subcontractors, if it is then that’s a different scenario and there needs to be legal mechanisms in place.

Mr Posthuma said he had recently worked on jobs that had implemented ‘project bank accounts’, which he had so far found effective and transparent to all parties.