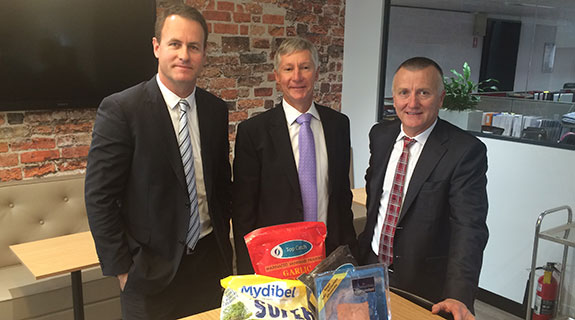 Style will become the first vertically-integrated agribusiness to be listed on the ASX after completing the two acquisitions.

It announced today that it would pay up to $8.75 million to purchase Fremantle-based Craig Mostyn’s food services division, which is primarily engaged in the importing and distribution of seafood and potato products.

The payment comprises $3 million in cash, $4 million in Style shares, and up to an extra $750,000 if the business achieves underlying earnings (EBITDA) of $1 million.

The deal will result in family-owned Craig Mostyn becoming a 16 per cent shareholder in Style, with the company’s long-serving chief executive David Lock to join the Style board as a non-executive director.

The Craig Mostyn deal follows the announcement in June that Style plans to pay $20 million for Nor-West Seafoods, which is the largest player in the Shark Bay prawn fishery.

Style has engaged Euroz Securities as its corporate adviser and lead manager for a capital raising of at least $16 million.

It is aiming to relist its shares in November, after the capital raising and acquisitions.

The group will have annual turnover in excess of $40 million upon its relisting, with the food services business contributing $30 million.

Style has not disclosed annual revenue of Nor-West Seafoods, but Department of Fisheries data show the Shark Bay prawn fishery was worth $22.9 million in 2013, and Nor-West holds 10 of 18 licences.

Mr Hutchinson, who built Forge Group into one of Western Australia's most successful engineering and construction contractors before leaving in 2012, told Business News he had spent the past two years looking for businesses to vend into Style.

That brought him together with Mr Clement, who is general manager of marketing and product development consultancy Focus Fisheries.

Mr Clement said Nor-West held a dominant licence position in a managed fishery, which he likened to holding a resource in perpetuity.

“One thing we were lacking was supply chain integration,” he said.

Mr Lock said Craig Mostyn chose to sell the food services division because it was not integrated with the group’s supply chain.

“It was always hunting around looking for supply and hunting for customers,” he said.

Craig Mostyn is one of WA’s largest family companies, and also one of the state’s major agribusiness operators, with annual turnover of $420 million.

That ranks it fourth on the BNiQ listing of agribusinesses in WA, after grain handler and marketer CBH Group, livestock exporter Wellard Group, and seafood producer Kailis Bros.

One of the conditions of the purchase is that David Durack, who runs the food services division with about a dozen staff, will stay with the business.

As well as the capital raising through Euroz, the deal is also contingent on Style completing a debt funding package.

Mr Hutchinson said he would retain a significant financial stake in the company, which will have a pro-forma market value upon relisting of $24.7 million.