A shark-deterrent device designed by Perth-based Ocean Guardian has been added to the state government’s subsidy program following a study that found it reduced the risk of shark interactions by 60 per cent. 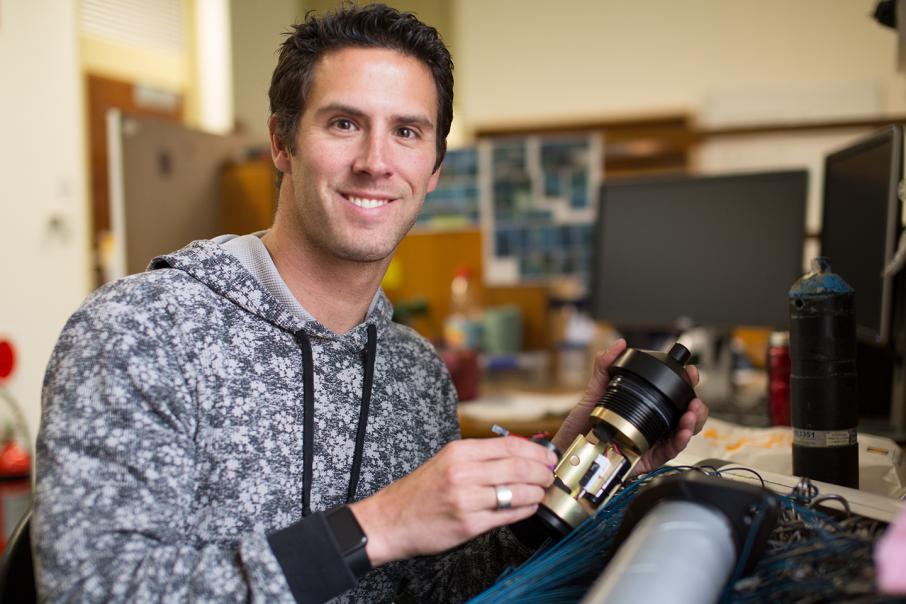 A shark-deterrent device designed by Perth-based Ocean Guardian was the only one of five commercially available surfing devices to sufficiently affect shark behaviour, a recent study at Flinders University in South Australia has found.

The results were positive news for Ocean Guardian (formerly Shark Shield), which recently launched a prospectus for a $5 million initial public offering ahead of an ASX listing.

After 297 trials conducted in extreme conditions (chummed and baited waters off the SA coast), Ocean Guardian’s Freedom+ Surf reduced the percentage of bait taken from 96 per cent (relative to the control board) to 40 per cent.

Freedom+ Surf works by positioning two electrode stickers 1.2 metres apart underneath a surfboard, with electronics incorporated within the tail kick and back grip of the board.

Associate Professor Charlie Huveneers, who leads the Southern Shark Ecology Group at Flinders University, said while the theory of using an electric field as a deterrent was sound, it was not as simple as having any electric field coming from a device.

He said while Rpela, for example, had its electrodes positioned similarly to the Freedom+ Surf and applied a higher electrode voltage than the other product, it had shorter pulse durations with shorter breaks, possibly lowering the potential to shock an approaching shark.

“Since we’ve shown electric fields can affect shark behaviour, their product (Rpela) could also reduce the risk of shark bites and I believe they are now working towards modifications to ensure this,” Associate Professor Huveneers told Business News.

“And once these modifications have been made we would be happy to test the modified product using the same methods.”

While the NSW government backed the recent Flinders University study as part of its $16 million shark management annual competitive grants program, Associate Professor Huveneers said it was difficult to assign an exact figure to the cost of the study.

He said it was important to undertake studies of this kind, however, as unsubstantiated claims made by companies could put consumers at risk.

Associate Professor Huveneers said he had been involved in two previous shark-deterrent studies at the university that had analysed the effectiveness of Ocean Guardian’s Freedom7 diving device, which had since been made available for a $200 rebate by the Western Australian government.

“The first studies we did were looking at the Freedom7, which is a product that divers wear on their ankle with the electrodes trailing behind them,” he said.

“The results showed that the device didn’t reduce the likelihood of that shark taking the bait when the bait was two metres away from the electrodes.

“So the next study tested the same deterrent, but with the bait right next to the electrode, which showed in that situation the deterrent reduced the number of bites quite drastically.”

Despite the first report’s findings, the WA government found the results sufficient to warrant rebates for the product.

The state government has fielded waves of criticism for its approach to shark mitigation and failure to utilise SMART drum lines, as seen in other states such as NSW.

Ms Mettam said she was dismayed at Fisheries Minister Dave Kelly’s attempts to inflate the costs of deploying SMART drumlines, and refusing to accept the NSW government’s offer for the loan of five devices.

“Offering a subsidy on a commercial device does not address the public safety concerns and it will do nothing to address tourism impacts of shark activity in WA,” Ms Mettam said.