Stuck to disrupt in roadside assistance

The creators of Northbridge-based startup Stuck are hoping to bring uberfication to roadside assistance, with a new app to be launched soon that will match local mechanics with stranded drivers at the push of a button. 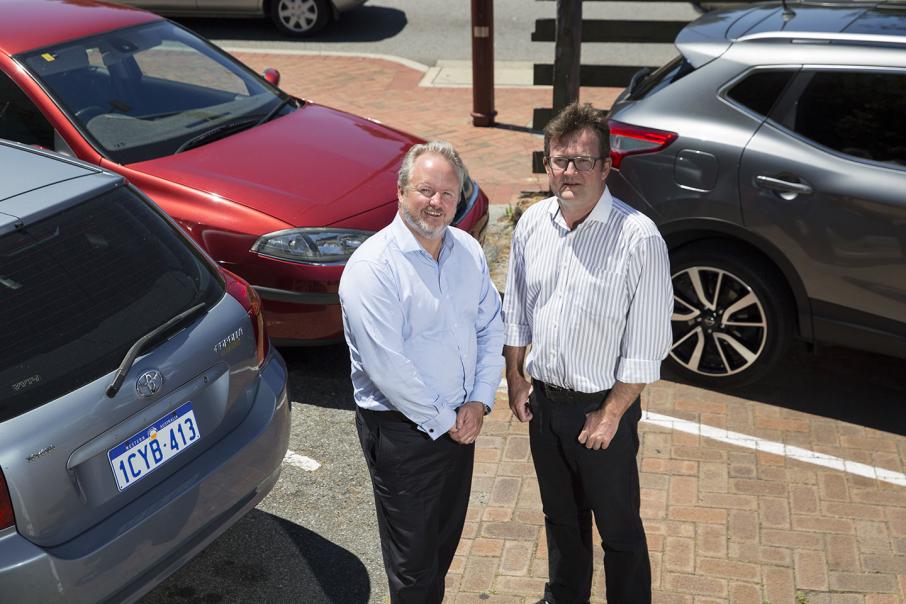 Greg Brown (left) and Brendan Stocks are releasing an app to help drivers who get Stuck.

The creators of Northbridge-based startup Stuck are hoping to bring uberfication to roadside assistance, with a new app to be launched soon that will match local mechanics with stranded drivers at the push of a button.

Co-founder Brendan Stocks told Business News almost half of motorists didn’t have roadside assistance cover, with only about 40 per cent of drivers members of auto clubs and 10 to 20 per cent covered by insurance.

That leaves a large potential market for a pay-as-you-go solution, Mr Stocks said, with particular interest expected among people in the 18-40 age bracket.

After a year of work headed by Mr Stocks and co-founder Greg Brown, the app is soon to be released to the public to test the market.

Some features for customers are new to roadside assistance but are becoming regular in mobile apps, such as a ratings mechanism and the ability to see how long until assistance arrives.

On the supply side, the app will make use of excess capacity among local mechanics, while giving smaller and family owned businesses that don’t have deals with major automakers a potential market.

That would be achieved without the cost of overheads such as call centres.

“What we’re trying to do is to make that incremental job profitable to the service provider but not a massive margin,” Mr Stocks said.

That would ensure Stuck was competitive with traditional providers.

He said he expected some mechanics would win future work from customers they meet through the app.

“If there’s any (additional) work that emerges from it, that’s directly between them and their customers,” Mr Stocks said.

“We’re providing the platform to match them up, to enable them to serve the motorists when they need help, and introduce them to a new customer.”

Around 30 mechanics had signed up so far, Mr Stocks said, with Stuck focused on achieving a geographic spread.