SPECIAL REPORT: With the number of apprentices and trainees continuing to decline, Tafes and RTOs are refining their strategies to prepare people for jobs of the future. 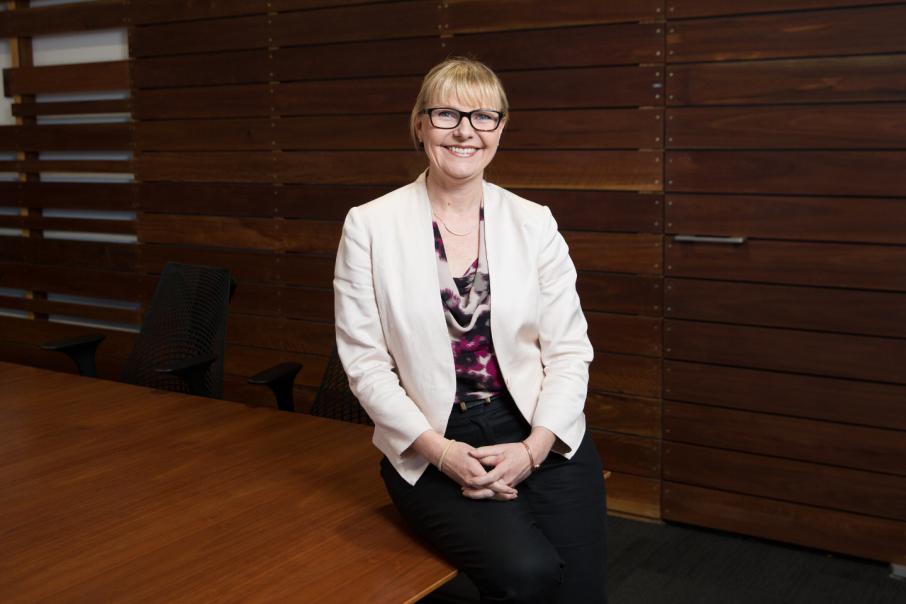 Michelle Hoad says Stem areas such as automation are areas of focus for all WA Tafes. Photos: Attila Csaszar

A shortage of skilled labour is emerging as a major concern for business in regional Western Australia, as a rebounding economy is faced with another drop in the number of apprentices and trainees in the state.

WA has remained more stable than other states, however, now making up about 13 per cent of the national total of people in-training, up about 4 per centage points since 2012.

Chamber of Commerce and Industry of WA apprenticeship support Australia manager Lena Constantine said the state economy was shifting and skilled labour shortages were emerging, particularly in the regions.

“This is what happened several years ago; we didn’t have access to enough skilled workers, we didn’t put enough thought into planning,” Ms Constantine said.

“We are seeing the same signs now; I absolutely think the signs are indicating shortages.”

“Studies show that older workers are most at risk of losing their jobs to automation and AI if they are not supported by constant upskilling,” Mr Rodwell said.

In January, CCI closed its own Industrial Training Institute as a part of a strategic refocus, but would continue to advocate for better policy settings, he said.

Most major industry areas experienced a fall in training activity in WA from August 2016 to August 2017, with the exception of the automotive and mining industries, up 5.7 per cent and 12.6 per cent, respectively, for training and apprenticeships combined.

Motor Trade Association of WA chief executive Stephen Moir said the sector had suffered a 50 per cent drop in automotive trainees and apprentices in the past four or five years, but was beginning to turn that around.

“There’s never been a lack of jobs,” he said.

“In WA (for the automotive industry), there are around 3,000 vacancies across the sector for automotive jobs.”

However, the nature of the jobs was changing.

“What will change will be the type of work that people do in the trade; so today where it’s very hands on, as you move towards electric vehicles, let’s say in 15 years, the skill sets will change; so someone coming into the industry now can expect to be on a continual path of learning,” Mr Moir said.

“We specialise in light mechanical now because the industry and technology that’s coming up will require a higher degree of specialisation.

Despite falling about 6 per cent, traineeships in finance, property and business services still account for the largest number of those in training (17,411).

“Part of the reason for that is the lack of support for employers, from both federal and state government, as far as support for training goes,” he said.

“Governments are trying to shift costs to the user; in other words, they’re trying to get employers and/or apprentices to pay more money so there’s less money coming out of the government coffers.”

“We’ve just had the new stadium open up, there are eight new hotels coming online over the next two years and each one of those has numerous food outlets,” he said.

But with greater restrictions to 457 visas taking effect this month, it would become even harder for the industry to fill skills shortages, Mr McDougall said.

“My fear is it’s going to compromise the quality of the food potentially over the next four to five years,” he said.

Down to Earth Training and Assessing owner Kim Brunswick said the recent downturn in the mining sector had affected a range of businesses, with hiscivil construction RTO nearly closing its doors two years ago.

“Unfortunately, with a lot of companies, the training budget is the first budget to get hit,” he said.

Despite building and construction apprenticeships and traineeships falling 13 per cent as at August last year, Mr Brunswick remained positive and said confidence among companies was beginning to build.

“There’s still a lot of room for improvement but a lot of companies are starting to feel a little bit freer about spending their training budgets,” he said.

Having offered civil construction courses since 2003, Down to Earth began offering traineeships about 12 months ago following the WA closure of RTO competitor Civil Train, he said.

Following an increase in demand for shipbuilding and defence skills, South Metropolitan TAFE is one of several Tafes across the country to partner with the Naval Shipbuilding Institute.

When operations at the college launch this year, the focus will be on key entry level trade qualifications such as fabrication and mechanical engineering, electro-technology, electrical, fitting and turning, heating and ventilation and air-conditioning.

Earlier this month, Rio Tinto announced further details on its $2 million partnership with South Metropolitan Tafe, with high-tech courses in automation expected to be rolled-out in 2019.

With a focus on skills that can be transferred across companies and industries, the $2 million will be put towards a certificate II course targeting secondary students and a certificate IV course aimed at reskilling people in the resources sector and beyond to support future jobs.

“Digital and IT, community services, professional engineering – these are all areas of strength,” she said.

Ms Hoad said North Metropolitan Tafe would like to grow student numbers in areas including mechatronics, fluid power, and environmental monitoring, where industry demand was increasing.

Following the move to condense Tafes from 11 to five colleges across 70 campuses mid-2016, Ms Hoad said Tafes had been able to collaborate more closely, both among one another and with industries, to better adapt courses to meet industry demand.

With Tafe enrolment numbers having taken a dive in WA during the past few years, underpinned by rising fees, Ms Hoad said the funding freeze introduced by Education and Training Minister Sue Ellery was positive news.

Tafe enrolments had declined by about 24.5 per cent under the Barnett government, Ms Ellery said, which increased fees by about 500 per cent from 2013 to 2016.

“If the economy and budget repair measures mean in the future we can revisit these, I’m sure we will, but our immediate focus is to freeze them while we repair the budget,” she said.

In the meantime, Mr Walker said one of the biggest challenges for Tafes and the VET sector at large was convincing students and parents that university wasn’t the only option and vocation training was a good choice.

“We have to change the slogan of, ‘you’ve got to go to university’,” he said.

“Instead we need to say ‘you’ve got to find a position in life that really suits you’.”

Late last year, CTF built what it called the Construction Futures Centre in Belmont to showcase what’s available career-wise in the building and construction industry.

“The purpose of the centre is to promote the broad range and depth of careers for young people in this industry as an alternative to university,” Mr Jackson said.

“It uses a lot of interactive technology, virtual and augmented reality, and gaming technology to make it stimulating and exciting for students and apprentices to look at all the various careers in this industry.”