As the big offshore gas projects planned for WA’s north face more delays and uncertainty, the prospects for developing onshore gas fields in the Perth Basin get better. 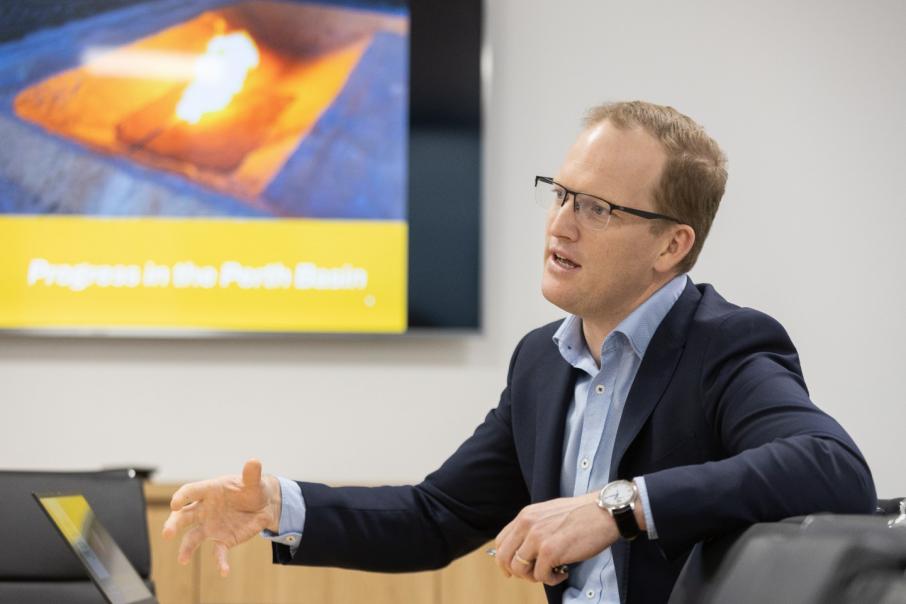 The relative share price performances of Woodside Petroleum and Strike Energy this year are telling.

Woodside, like most oil and gas producers, has been hit hard by the falling oil price; its stock is down about 40 per cent from the start of the year.

Strike Energy has fared much better as investors focus on opportunities for the mid-cap company. Its share price is on a par with where it started the year (see graph). 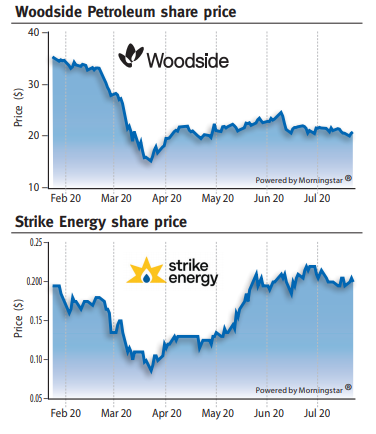 Strike is focused on the Perth Basin gas fields, located about three hours north of Perth.

The prospects for the Perth Basin have been transformed by three big gas discoveries in recent years: West Erregulla-2, Waitsia, and Beharra Springs Deep.

Their prospects have been bolstered by the challenges facing Woodside in the state’s north. Woodside announced earlier this month that a final investment decision on its Scarborough gas project had been pushed back to the second half of 2021.

Even more concerning is a decision on its larger Browse gas project, which has been delayed until 2023.

These announcements came one day after Woodside flagged a $US5.2 billion ($A7.4 billion) write-down in the value of its assets, citing lower oil and gas prices, increased demand uncertainty, and increased risk of higher carbon pricing.

Its project deferrals followed the postponement by Santos of a final decision on its Barossa gas project, off Western Australia’s north coast.

Adding to the big changes in the market, Chevron has put its one-sixth stake in the Woodside-operated North West Shelf venture on the market.

“The gas market in WA is going through incredible upheaval at the moment,” Mr Nicholls told Business News.

“We’re looking forward to being a new supplier and I think that will lead to a more competitively priced market.”

The deferral of Scarborough and Browse has helped Strike in two ways.

It means the extra gas that Woodside and its project partners would have been selling into the domestic market, courtesy of the state government’s 15 per cent gas reservation policy, will be delayed.

“The North West Shelf facility is going to need about 1,000 terajoules per day by 2025 to retain a high rate of utilisation,” Mr Nicholls said.

“It almost doubles the daily demand of the WA gas market.”

There are multiple potential sources for this gas, mostly offshore fields such as Clio-Acme.

It seems increasingly likely that gas from the Waitsia field, which ordinarily would have added to supplies in WA’s South West, will also go north.

Mitsui & Co and Beach Energy, which jointly own the Waitsia and Beharra Springs gas fields, are believed to favour piping their gas north to supply the North West Shelf.

They plan to produce about 250Tj/d from the two-stage development of Waitsia.

Mr Nicholls said Strike was not interested in following their path.

“The Goldfields is screaming out for gas.

“And there are several fertiliser plants and methanol plants that are being tabled for potential investment in WA that could be a source of demand.”

The discovery of West Erregulla-2 last September was seen as a game changer. In a recent research note, broking firm Hartleys described it as the most exciting onshore oil and gas field ever discovered in Australia.

In a similar vein, Euroz said the West Erregulla-2 discovery and the Waitsia discovery before it had changed conventional thinking about the prospectivity of the Perth Basin.

Mr Nicholls said he approached the Perth Basin with an open mind, saying its geology was very similar to what he had seen in deep water parts of the Gulf of Mexico, offshore Nigeria, and parts of the North Sea.

“We believed the Perth Basin to be a very deep water play that was left onshore,” he said.

“That was a thesis we put out there and drove us to make the acquisition of EP469.”

West Erregulla-2 was the deepest well to be drilled in Australia, going to a depth of 5.1 kilometres, which Mr Nicholls said was far deeper than conventional quality hydrocarbons were normally found.

He feels vindicated by the company’s success.

“Not only did we put ourselves out there, we were right at the absolute nth degree of being right,” Mr Nicholls said.

Strike has named Australian Gas Infrastructure Group as preferred proponent to build, own, and operate a gas plant adjacent to the West Erregulla gas fields.

This midstream project represents an investment of $200 million in infrastructure and services by AGIG.

In addition, Strike and joint venture partner Warrego Energy will need to invest about $100 million in the upstream field development.

Strike is planning to drill three appraisal wells over the coming year while continuing a seismic exploration program.

Meanwhile, it has negotiated a farm-out agreement with Talon Petroleum for the nearby Walyering prospect.

Drilling campaigns by two other joint ventures are also proposed: Mitsui and Beach plan more drilling at Waitsia and Beharra Springs, while Mineral Resources and Norwest Energy plan an exploration well at their Lockyer Deep field.

Strike is aiming to make a final investment decision by the end of 2020 on the phase one development of West Erregulla, with output of 50Tj/d starting in 2022.

A stage two expansion, earmarked for 2024, would lift output to as much as 250Tj/d, depending on the success of the company’s drilling program.

“Across our portfolio, we’d like to bring as many resources online as we can by the mid part of the decade,” Mr Nicholls said.

“What we ultimately see is a major series of conventional gas fields all tied into a single gas plant.”

Mr Nicholls is confident Strike will be able to compete with alternative suppliers, as its gas fields are located onshore, near to existing pipelines and other infrastructure, contain clean gas with low contaminants, and have low development costs.

“Strike sits at the lowest end of the cost of supply based on those facts,” he said.