Ausdrill subsidiary Energy Drilling Australia has secured a contract extension of undisclosed value with Strike Energy for a three-month drill campaign in the Cooper Basin. 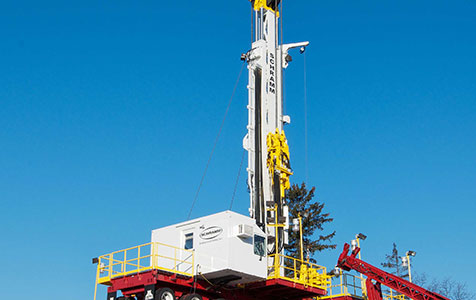 Ausdrill subsidiary Energy Drilling Australia has secured a contract extension of undisclosed value with Strike Energy for a three-month drill campaign in the Cooper Basin.

Under the contract, EDA will utilise a Schramm T200XD drill rig to explore for oil and gas near Moomba, South Australia, following a successful drill program for Senex Energy in the same area.

EDA completed a similar program for Strike earlier this year.

EDA’s fourth rig, the $20 million Schramm T500XD Telemast rig, is contracted for one year, in addition to the smaller Schramm T200XD, which the company secured on a six-month contract for Senex.

The Australian-first addition of the T500XD was shipped from the US to Brisbane and was mobilised last month for Senex’s exploration.

Ausdrill reported a $43.9 million loss for the year to June 30, following the slowdown in the mining industry and $77.9 million in write-downs and impairment charges by the company.

In a statement last August, Ausdrill said it expected an increase in demand for its EDA and African Mining Services subsidiaries, and anticipated an improved result for the 2015 financial year as a result.

African Mining secured $US300 worth of new contracts in February, including a five-year $US147 million extension to its open pit mining contract at Endeavour Mining’s Nzema gold mine in Ghana.

Ausdrill shares were 90 cents at the close of trade today.