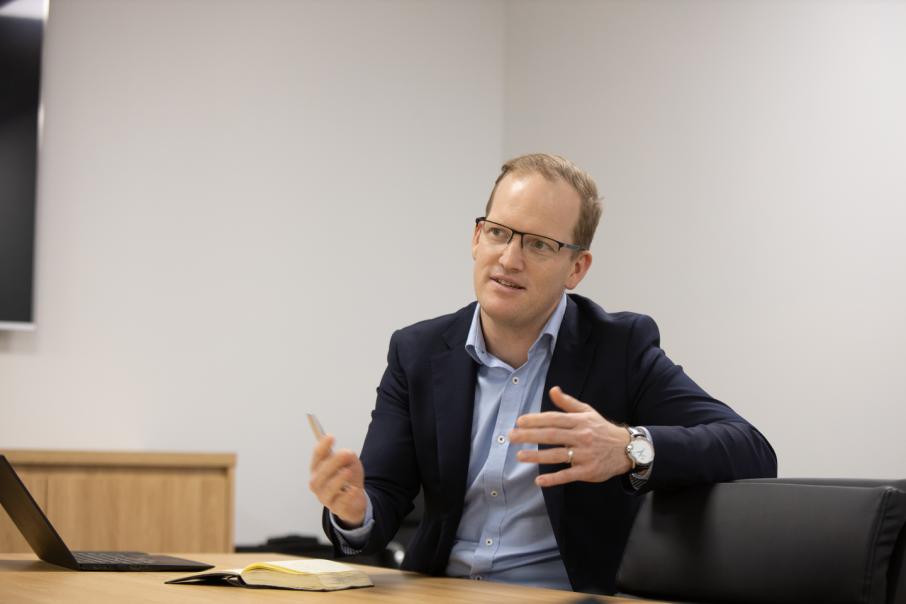 Stuart Nicholls says the news is a major positive.

The company said it had been forced to postpone drilling at its West Erregulla 3 appraisal well after encountering over-pressured gas.

The appraisal well has been suspended to allow for additional engineering and additional material and equipment procurement to be completed.

This was after the company intercepted an abnormally over-pressured gas column at a depth of 4,294 metres.

The company said the over-pressures were at a magnitude not previously seen in the Perth Basin, and had the potential to exceed the design tolerances of the well.

The company plans to transfer the drilling rig to WE4 before returning to complete the drilling of WE3 later in the campaign.

It said the shutdown and transfer would take approximately two weeks.

Strike added that the postponement of drilling at WE3 would result in a “relatively short delay” in the final investment decision for the West Erregulla Stage 1 project.

Managing director Stuart Nicholls said FID would be pushed back from the first quarter of 2021 to the second quarter.

“Whilst a temporary delay is frustrating, the over-pressured has column encountered is diagnostic of a significant Permian gas resource, which is a major positive,” Mr Nicholls said.

He indicated that the cost of the project could be lower as a result.

“The high-pressure reservoirs of the Permain gas fairway, whilst in this case abnormally high, are one of the key attributes that supports the West Erregulla resource as a top quartile, competitive future gas supply.

“The high-pressure gas translates into both excellent well productivity (and therefore reduced well count) and little to no compression being required over the majority of the field’s life.

“Well costs and compression usually represent the majority of the capital required in any upstream development and we are fortunate to have such high-quality subsurface conditions.”

Strike’s share price fell by 3 cents to a low of 25.5 cents on today’s news before recovering to finish at 29.0 cents.