Western Areas founder Terry Streeter has emerged as a major shareholder in nickel and gold explorer St George Mining, after participating in a $2.13 million capital raising. 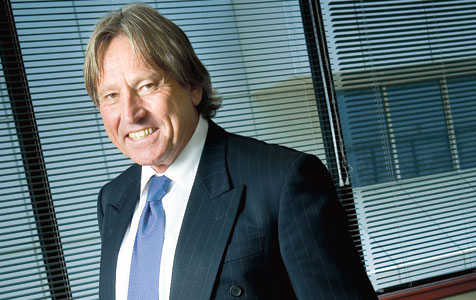 Western Areas founder Terry Streeter has emerged as a major shareholder in nickel and gold explorer St George Mining, after participating in a $2.13 million capital raising.

St George placed 25 million new shares at 8.5 cents each to raise the funds, with the majority taken up by Mr Streeter.

The company also received oversubscriptions, and is in talks with the lead manager to the placement, RM Capital, about a further placement of 4 million shares on the same terms.

“We are very pleased to welcome Mr Streeter, who has an outstanding record of success in the WA nickel sector, as a major shareholder in St George,” chairman John Prineas said.

“Mr Streeter founded Western Areas in 2000 and took it from a $5 million IPO to Australia’s leading nickel sulphide producer.

“He was also a major shareholder in Jubilee Mines which had a market capitalisation of $20 million when it discovered the Cosmos nickel sulphide deposit and 1997 and was sold to Xstrata for $3.1 billion in 2007.

“We appreciate the confidence Mr Streeter and other investors have shown in the potential of our projects.”

Mr Streeter left his post as chairman of Western Areas in late 2013 to focus on investments in the junior exploration sector in South America.

The proceeds of the raising will be used to fund drilling programs to test nickel sulphide targets at St Georges’ Mt Alexander project, and both gold and nickel targets at its East Laverton project.

St George shares closed 9.5 per cent lower to 9.5 cents each.