Strategy launched to crack down on wage theft

Industrial Relations Minister Bill Johnston has unveiled a raft of strategies to crack down on wage theft, while at the same time a national Fair Work sting at capital city hospitality hotspots revealed 75 per cent of businesses were breaking the law. 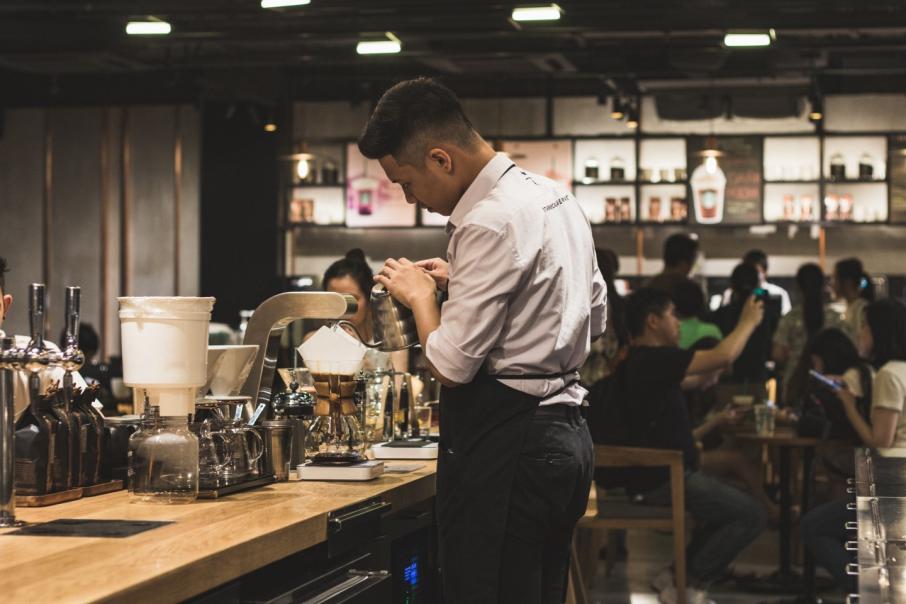 James and Francis streets in Perth’s Northbridge were among the precincts targeted by Fair Work.

Industrial Relations Minister Bill Johnston has unveiled a raft of strategies to crack down on wage theft, including the establishment of a website where workers can report employers anonymously.

The launch coincided with a national Fair Work sting at capital city hospitality hotspots, which revealed 75 per cent of the businesses reviewed by Fair Work were breaking the law.

Mr Johnston's announcement follows the release of the Inquiry into Wage Theft report, which identified hospitality, cleaning, retail and horticultural industries as having the highest likelihood that employers were underpaying workers.

The report made 28 recommendations to address the issue, including the consideration of whether serious cases of systematic and deliberate underpayment should attract a criminal sanction.

Mr Johnston said the McGowan government was committed to a fair safety net of wages and entitlements for all workers.

"Today we've announced our plans to combat wage theft, starting with the launch of the new wage theft website, which will allow employees to report wage theft and gain information on how to resolve underpayment issues," Mr Johnston said.

"I encourage anyone who thinks their employer is deliberately underpaying them, or not giving them their full entitlements, to report it via the website."

Meanwhile, more than $300,000 has been returned to cafe and restaurant workers after a tactical Fair Work sting at four capital city food hotspots found 75 per cent of businesses were breaking the law.

Site visits by inspectors were coordinated to minimise the potential for forewarning in an industry Fair Work say is rife with ongoing non-compliance.

The sting comes after the ombudsman's recent tackling of high-profile figures including George Calombaris, Heston Blumenthal, Neil Perry and Guillaume Brahimi, with Calombaris alone found to have underpaid 500 current and former workers $7.8 million.

The regulator - which also targeted major food precincts in Adelaide, Melbourne, Sydney and Hobart - said the most common breaches uncovered in the operation were underpayments and a failure to provide payslips in the prescribed form.

A total 608 employees will receive backpayments totalling $316,674, with the audit revealing 75 per cent of businesses were breaking the rules in one way or another.

That includes 85 per cent of Melbourne businesses inspected.

In response to the breaches, Fair Work issued 46 contravention letters, 38 formal cautions, and 34 infringement notices totalling $32,430 in fines for payslip and record-keeping breaches.

There were 13 compliance notices requiring $83,058 to be reimbursed to 108 employees.

The compliance activity was the second in a series targeting 'cheap-eat' and entertainment strips.

Fair Work said these precincts are characterised by low entry barriers for new businesses, low or no union coverage, exploitation of young and migrant workers, and long trading hours over seven days of the week.

In the first activity, Fair Work found 81 per cent of businesses in Victoria Street Melbourne, were non-compliant.

Fair Work Ombudsman Sandra Parker said the underpayments were disappointing but not surprising.

"Many of the breaches we saw resulted from businesses not understanding their lawful obligations to their workers," Ms Parker said.

"This is no excuse for underpaying employees so I'd suggest that employers invest in workplace law compliance before we come knocking."

The results of an audit of eateries at Hobart's Battery Point, Elizabeth Street, and Constitution Dock are being finalised.

In a separate announcement, Fair Work said the Australian arm of Japanese burger chain MOS has underpaid 285 former and current workers across the company's six Queensland stores by $1.12 million between 2011 and 2018, and will face ongoing scrutiny of its workplace practices.

A Fair Work investigation into the company found it had paid unlawfully low flat rates to workers, and misclassified some employees as part-time when they were actually casual staff.

Workers were employed to make food, serve customers, and as store supervisors and managers at outlets in Brisbane, Surfers Paradise, Southport, Broadbeach, Mt Gravatt and Sunnybank.

Fair Work said the company has rectified all unpaid wages and superannuation, and paid an additional seven per cent compensation to workers.

As a result of the investigation MOS Burgers Australia must fund external auditors to check pay and conditions for workers employed in 2019 and 2020 and rectify any underpayments.

MOS Burger has entered into a court-enforceable undertaking after an investigation found contraventions of the Fast Food Industry Award.