SPECIAL REPORT: A focus on creating and sustaining a liveable, connected and internationally appealing city is driving arts and culture development and construction projects across Perth. 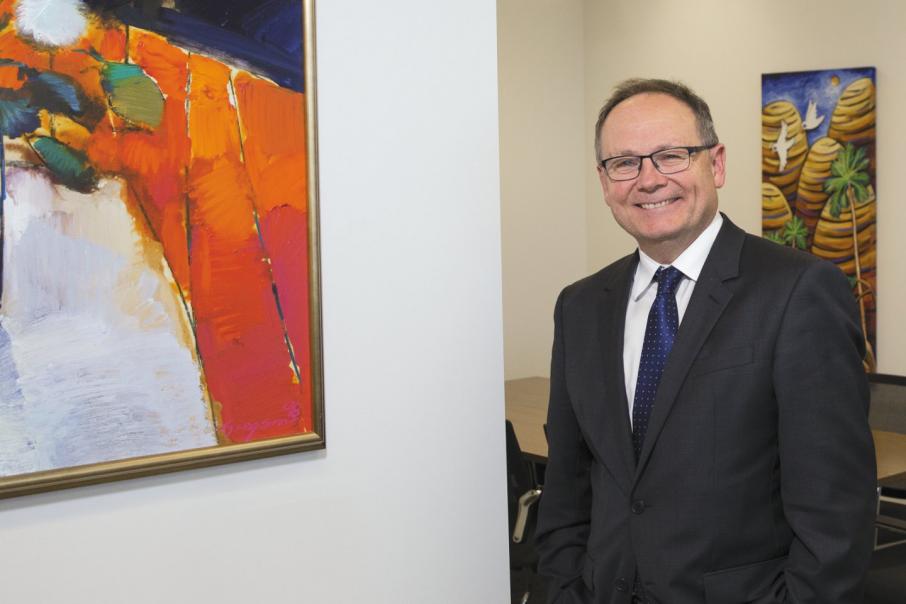 David Templeman wants to strengthen the linkages between tourism and the creative industries. Photo: Attila Csaszar

A focus on creating and sustaining a liveable, connected and internationally appealing city is driving arts and culture development and construction projects across Perth.

From a $3 million entertainment revival of a 1920s hall in Northbridge to the construction of a new $73.5 million CBD precinct celebrating Aboriginal culture, Perth has more than a dozen infrastructure projects embedded with arts and cultural elements in the pipeline.

The City of Perth wants to tap the potential of the creative industries to play a larger role in the economy, and has set about developing a number of strategies it believes will help build capacity in the sector.

Activating unused spaces through artistic means and increasing opportunities to promote indigenous culture are just two objectives it has outlined in its ‘Strategic Community Plan 2029’, which forms part of a broader strategy to strengthen the local economy through diversification, enhanced tourism prospects and increased liveability.

Perth secured seventh spot (out of 140 cities) in the Economist Intelligence Unit’s 2016 ‘world’s most liveable cities’ index, which assesses areas including safety, healthcare, education and infrastructure.

While the city had performed strong across all factors, Mr Mileham said Perth’s culture and environment were identified as having the broadest scope for improvement.

“A thriving arts and culture sector not only enhances liveability, but it benefits tourism, diversifies and strengthens the city economy and supports local talent.”

Perth’s annual Fringe World Festival is just one example of how the sector can provide myriad benefits to the city.

Attendees spent more than $60 million during this year’s Fringe, which injected about $84 million into the broader economy, according to the festival.

Artrage chief executive Marcus Canning, who founded  Fringe World, has teamed up with developer Adrian Fini to transform Rechabites Hall on William Street into a bar and live entertainment venue. Built in the 1920s, the hall was something of a social hub last century, hosting church services, dance exhibitions and school productions, among other things.

Somewhat ironically considering Messrs Canning and Fini’s plans, it was originally the headquarters for the England-based Independent Order of Rechabites, a friendly society formed as part of the move to promote total abstinence from alcohol.

Meanwhile, the former Perth Girls School site on Wellington Street, which has been empty since 2015, was sold for $5 million last month to a collective of local investors, which reportedly plans to combine retail with a dedicated space for creative communities.

Plans are yet to be formalised for the vacant Piccadilly Theatre and East Perth Power Station.

FORM director Lynda Dorrington said the organisation had worked on a number of different projects to build a creative ecology, including its street art project PUBLIC.

“Projects like PUBLIC seek to use creativity as a catalyst for positive change, facilitating both cultural infrastructure development and social engagement,” she said.

Ms Dorrington said the ‘Percent for Art Scheme’, which was introduced in 1989 to employ WA artists to deliver artworks for new public buildings, had helped in building a creative city, however, the creative industries had been largely neglected in recent years.

In better news for the sector, the state government and City of Perth are pitching in to give three of the state’s founding institutions a facelift.

In June, the City of Perth announced plans to invest $7.6 million into upgrading the Perth Concert Hall; the state government has pledged $10 million to the Art Gallery of WA’s rooftop redevelopment, where draft proposals include an outdoor cinema and restaurant; and by 2020, the WA Museum will have completed its most radical transformation since its original Old Perth Gaol building was demolished in the 1890s.

“Arts and culture not only celebrates the creative nature of WA and our people but it’s also a huge opportunity in terms of how you sell and brand the state,” Culture and the Arts Minister David Templeman told Business News.

“I don’t think we’ve even scratched the surface of doing that as much as we need to.

“When you arrive in New Zealand you get a Maori flavour as soon as you step off the plane, why aren’t we looking at that for our own unique indigenous history?”

The absence of a major Aboriginal arts and culture museum has prevailed as a conspicuous shortcoming in the city, considering Tourism WA’s statistics that reveal 78 per cent of visitors to the state in 2015-16 wanted an Aboriginal tourism experience.

According to the Metropolitan Redevelopment Authority, more than $4 million has been invested in a number of artworks, including Aboriginal works, at Elizabeth Quay, and Yagan Square will celebrate the culture of the local Whadjuk people.

Mr Templeman said strengthening the relationship between tourism and the creative industries was a key priority.

“The challenge is to make sure that arts and culture are front and centre in discussions of economic add,” he said.

“We can’t ignore the budget we face and the sector knows we’re in challenging times.

“They’ve got to be resourceful and look at innovative ways to broaden their funding base or open up new funding channels.”

State government funding currently makes up 48 per cent of the collective revenue of BNiQ’s top 20 arts and cultural organisations.

But with state debt expected to reach $40 billion by 2018-19, reliance on this income stream is becoming increasingly unviable.

Chamber of Arts and Culture WA director Henry Boston said long-term planning was part of the solution to creating a sustainable sector in WA.

“When we talk about engineering creative cities it’s not just about a bit of building,” Mr Boston told Business News.

“It’s also about policymaking and frameworks.

“Every place has its own particular cultural strengths and it is quite clear Perth hasn’t reached its potential.

“We’re home to one of the longest continually practised cultures in the world, it’s good to see there’s more profiling of Aboriginal art in public spaces, but really it hasn’t featured that greatly.”

Mr Boston said Melbourne, Sydney and Adelaide all had a cultural plan, and that the City of Perth’s arts and culture heritage department was currently working on a cultural planning project.

The former state government launched its long-term strategic plan for the creative sector last year and, while there was no money attached to it, as the new minister for the portfolio, Mr Templeman said it had some good components to consider over the next five to 10 years.

He said he was also planning a celebration that would highlight the importance of long-term corporate supporters of the industry, such as Woodside, Rio Tinto and Wesfarmers, which he hoped would encourage more partnerships.

Building partnerships is an important component of the Black Swan State Theatre’s operating model. Business partners made up 16 per cent of Black Swan’s earned income in 2016, led by principal partner Rio Tinto.

Director Natalie Jenkins said the organisation had also secured more than $430,000 of contra and in-kind support.

However, she said it had been important for Black Swan to diversify its income streams and not rely purely on one source.

“This is critical for the sustainability and financial health of our organisation,” Ms Jenkins said.

“This diversity also helps ensure that we represent and engage all pillars of the community; creating and delivering theatre programs that achieve outcomes for a broad cross-section of community and not one dominant sector, driven by income generation needs.”

Perth Symphony Orchestra founder Bourby Webster said there was greater potential for corporate partnerships in WA, given American orchestras received little to no government funding and philanthropy was generally the bigger earner.

“We need to broaden the thinking of companies here of what they can achieve by partnering with us,” she said.

“There’s so much potential for companies to truly engage with the arts and see some massive impact and rewards; clever marketing, engagement with community, entertainment of clients and staff. I just don’t think there’s a strong awareness of that.”

Artrage’s Mr Canning said the sector was also heavily reliant on Lotterywest, and needed to find ways to innovate and collaborate in order to make the best use of limited resources.

“If you took Lotterywest out of the equation, we’d be sunk in an instant,” he said.

“This makes the ongoing challenges faced by Lotterywest in the face of rising offshore competition all the more alarming.

“Meeting the challenges ahead will take some creative as well as strategic thinking.”