Next week, Peet Ltd CEO Warwick Hemsley hands over the reigns to Brendan Gore. WA Business News caught up with Mr Hemsley to discuss his 22 years with Peet and its transition from a private WA company to a major national player.

Carine might sound like an inauspicious place to start a stellar corporate career, but it was in the fledgling northern suburban development of the mid-1970s that 19-year-old Warwick Hemsley bought his first block of land, unknowingly launching a thus-far lifelong involvement in the property sector.

In many ways, Carine is an appro-priate point to begin for Mr Hemsley.

It was a new suburb carved from what was then Hamersley Estate into new suburbs including areas of North Beach, Waterman and Hamersley as Perth’s urban sprawl continued to expand.

Developments like these were rapidly changing the face of Perth, just as Mr Hemsley would do about a decade later when he joined property development group Peet Ltd as a young and ambitious executive who quickly became the group’s chief executive officer.

“I’ve always considered property to be a good investment medium,” Mr Hemsley told WA Business News ahead of his departure from the helm of Peet this week.

Perhaps boding well for the Peet board is that Mr Hemsley’s successor, who has more of a mining pedigree, also bought property young.

Brendan Gore was under the age of 20 when he bought his first parcel of land, something he said he was able to do because he had been working in the mining sector.

On Monday, Mr Gore will officially fill the shoes of Mr Hemsley, who joined Peet in 1985 and has largely been responsible for transforming the private WA property developer into a major national player listed on the Australian Securities Exchange.

Over time, Peet has secured a significant land bank and new profit streams from funds management and commercial property developments.

Peet’s Income Property Fund, launched two years ago, has more than 900 members with properties worth $50 million under management.

Its land syndicates continue to attract investment to fund bigger projects. In the first half of the financial year, Peet raised $41 million from two land syndicates and has plans for a third syndicate venture in the next 12 months.

But for all of his success, Mr Hemsley is surprisingly modest.

Sitting back on a comfortable chair on the seventh floor of Peet’s St Georges Terrace headquarters, Mr Hemsley talks about the success of the company rather than his own achievements.

The two are obviously entwined, but Mr Hemsley is no chest beater.

His humility is not so surprising to those who know him well.

Leading home builder Dale Alcock has known Mr Hemsley for more than 20 years and said Mr Hemsley’s character was reflected in the way Peet did business.

“He is one of those people who is beyond reproach, and Peet reflects that,” Mr Alcock said. “He is a wonderful character but he’s not out there as the most gregarious person, he’s very understated but confident.

“There is a confidence in the way they run the business, it is almost a calmness, which in property terms is a very good quality to have because there is no rashness involved.

“That means they can take their time and turn what could have been an average decision in to a very good one. It is a well run and disciplined business.”

This Friday will be Mr Hemsley’s last as Peet chief executive, a decision he made back in May.

It was a decision he said took some time to come to but one he made so he had more time to spend with his three children following the unexpected death of his wife last September.

Yet while he is giving up the day-to-day demands of his job, Mr Hemsley intends to keep busy in the corporate sector.

He will remain on the Peet board as a non-executive director and maintain a string of positions on boards and committees he has amassed over the years, including the National Gallery of Australia, WA Opera Company, Australia Day Council and the Chamber of Commerce and Industry WA.

Mr Hemsley also said he had no immediate plans to sell all or part of his 10 per cent stake in Peet.

His shares are worth about $80 million, representing a gain of $56 million since Peet floated three years ago this week.

Peet’s initial public offering raised more than $100 million through the issue of $1.20 shares that valued Peet at $240 million.

Mr Hemsley counts the listing of the company, which was established by the Peet family in 1895, as “one of the most interesting and satisfying” stages in his 22-year career with Peet.

“It was a major exercise and required a huge amount of focus and executive effort at the time,” he said.

Despite its public status, the company remains tightly controlled by its executives, with interests connected to chairman Tony Lennon owning 35 per cent while interests linked to director Ian Palmer own about 11 per cent.

One said Peet plays a “hardball” a lot of the time with the aim of maximising returns from all of their developments.

“If we are on a boundary with them we watch them like a hawk,” said another competitor.

Other competitors note the company’s success in building up its syndicate and funds management business.

About 65 per cent of its investors are repeat investors.

Leading developer Nigel Satterley, of Satterley Property Group said it was the move to Melbourne “that really made them”.

Satterley has a land bank similar in size to Peet, has been a large beneficiary of the recent boom in Perth’s property market.

However, Peet is more profitable. In the first half of 2006-07 it posted a $19.4 million profit, up 13.4 per cent on the previous period, with more than 60 per cent of its earnings coming from east-cost developments.

A few years following its 1997 launch into Victoria, Peet began acquiring and developing land in Queensland, and it has begun to make inroads into New South Wales.

Mr Hemsley said the company recognised that to grow the business it needed to expand into other areas of Australia.

“That had the added benefit of insulating the company from a property cycle in one state,” he said.  “In the early 2000s when WA was really slow, the east coast was more buoyant, and for the year ahead WA is reaching a plateau in terms of property where as there are signs of very strong growth emerging on the eastern seaboard, particularly Victoria and Queensland.”

Successful and strategic decisions have dotted Mr Hemsley’s career but perhaps none was more important than taking Mr Lennon up on an offer to join Peet and help drive its growth.

Mr Hemsley, a University of Western Australia commerce graduate, had got to know the property identity during his roles as a chief planning officer for the Metropolitan Regional Planning Authority (the predecessor to the State Planning Commission) and a stint at the Urban Land Commission, which was the predecessor to LandCorp.

Mr Lennon, who assumed the role of Peet managing director when his company took a stake in Peet in 1985, had approached Mr Hemsley about taking a job and equity position in the company.

“At that time the company was at a point where it needed new blood and new capital and Tony was, at that stage, a well-known industry identity,” Mr Hemsley said.

“We analysed the opportunity and thought it was something we wanted to be involved in. It was a significant move but I was in my 20s and felt that it was a good strategic move,” he said.

“I always harboured ambitions of reaching the leadership role,” Mr Hemsley said. “It is a role that I have enjoyed immensely. I have enjoyed every minute of it.”

Meanwhile, it’s a long way from that 19-year-old’s investment in Carine.

• The reporter has a beneficial interest in Peet. 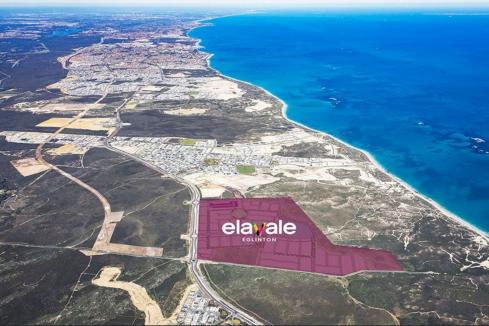 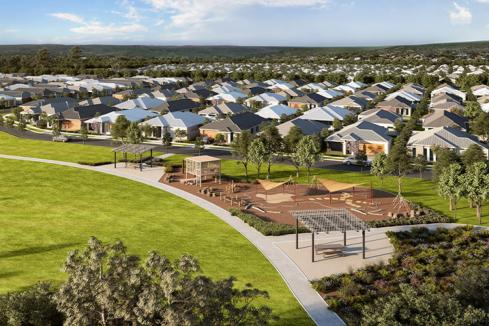