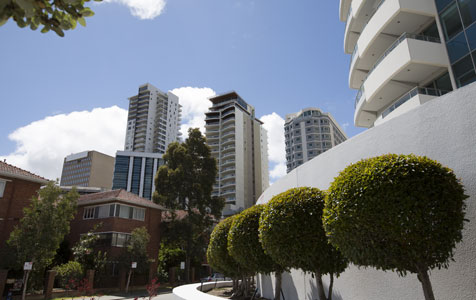 Multiple dwelling developments like apartments and townhouses are set to become more flexible under the state government's proposed changes.

Proposed reforms include the introduction of new strata title schemes, including community title and leasehold strata, while the changes will also be designed to support mixed use development and introduce more flexibility for staged strata developments.

Community title schemes would allow for the creation of multiple levels of building management, allowing for multiple schemes on one land parcel under an overarching body corporate, while leasehold strata would allow landowners to enter an agreement with a developer to create a strata scheme over a leasehold interest.

Mr Redman said Landgate had consulted with a range of government agencies, industry and business bodies over the past 12 months.

Mr Lenzo said a key reform was the introduction of community titles.

“Community titles will encourage larger-scale precinct style housing development to occur in WA, similar to other states,” he said.

“This includes more mixed use development around suburban centres and strategic infrastructure investments like train stations.”

Mr Lenzo said the reforms would take on even greater importance in coming years, as increasing numbers of people move into strata properties, which include townhouses, units and apartments.

“The reforms proposed in this discussion paper follow an extensive period of constructive consultation with the industry and the community, and we look forward to their implementation,” he said.