A local geologist and company director is launching a website for trading excess mining equipment, joining similar operations aiming to establish a secondary market for the industry. 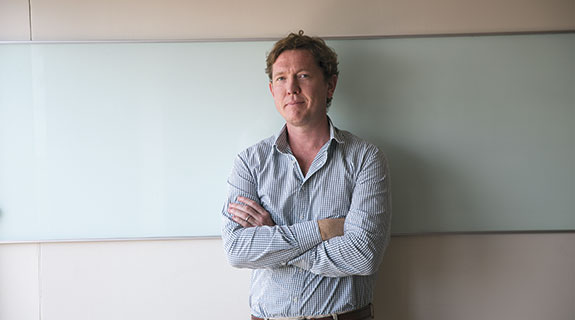 A local geologist and company director is launching a website for trading excess mining equipment, joining similar operations aiming to establish a secondary market for the industry.

Monto Minerals executive director James Allchurch is no stranger to technology, with the company currently involved in a reverse takeover deal with US business ShareRoot.

He said he planned for his stoped.com.au website to become the mining industry’s equivalent of Gumtree, where users can trade all manner of services and equipment.

“It came up out of necessity more than anything; being a geologist for 20 years I was always called by (people in the industry) looking for equipment, personnel, vehicles,” Mr Allchurch told Business News.

“In exploration and mining, everything is bought new. There’s no secondary market for equipment.”

Mr Allchurch expects strong activity in the secondary market in coming months as explorers and juniors wind-up operations or enter into reverse takeovers.

“People who are drilling and exploring at the moment can get some gear cheaper,” he said.

The website is free for listings and transactions, with revenue to be earned through targeted advertisements. Planned upgrades include a blog and feedback forums for users.

The concept could be easily scalable to a national or global level, Mr Allchurch said.

The industry has a series of other trading websites, including miningassets.net, which is focused on projects and tenements.

Mr Allchurch said he wanted Stoped to take a much more holistic approach to the industry by including job postings, projects and equipment sales.

Earlier this year, Business News reported that a Perth startup, Mineler, was bringing social media into the mining industry.

The company started its platform in the hope of improving labour mobility in the resources sector.

Mineler’s creators hoped not only to reduce costs for project proponents, but also to enable microtenders to take place for small packets of work.

The platform has launched with more than 60,000 members from a range of countries, with the company now pursuing a commercialisation grant from the federal government.