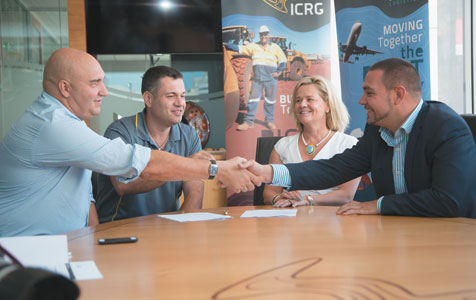 The Barnett government launched the Aboriginal Business Directory WA in October 2012 as an initiative to drive opportunities for indigenous businesses.

The directory aims to increase the profile of Aboriginal businesses by providing a searchable directory the private sector and government can access to increase indigenous employment.

Sixteen months later, 197 businesses have been vetted and added to the register.

Last year Supply Nation, which registers indigenous businesses with turnover of $50,000 or more, certified 26 such businesses in WA – compared with just 11 certified in 2011.

The organisation is processing a further 25 applications from WA and has signed a memorandum of understanding with Business Council Australia it hopes will capture more attention from government and private corporations.

Adding to those positive steps are statistics concerning the Australian Employment Covenant, which has prompted 67 WA employers to commit to create 13,651 jobs for indigenous workers.

Companies supporting the covenant include Rio Tinto, which claims to employ more than 1,000 indigenous workers at its Pilbara iron ore operations.

BHP Billiton Iron Ore WA quotes a similar number, saying 1,000 indigenous personnel are employed throughout its operations, of which 600 are direct employees.

During the past five financial years, BHP has spent $585 million with indigenous businesses in this state.

It seems a lot of goals are being met.

But while it appears change is well under way, some indigenous businesses claim they’re being stonewalled in attempts to move beyond token contracts that tick boxes for multinational corporations.

“Companies that operate in Australia, some of them also operate overseas where they have a massive emphasis on indigenous employment.

“These companies operate in Australia but they don’t follow the same rules or criteria here.”

Mr Wolf co-founded ICRG in 2010 when the mining boom was strong.

Through joint ventures with traditional owner groups and outright contracts, the group has grown from having a handful of employees to around 130, at least half of them indigenous.

Fortescue Metals Group kick-started ICRG’s growth and remained a dominant source of its circa $30 million revenue in the 2012-13 financial year.

Mr Wolf expects ICRG’s turnover to be double that amount in the current financial year.

While some may question the degree to which Mr Wolf claims his business is doing it tough, he says it could be doing better if some mining companies were more open-minded.

“There’s a perception out there that if you’re an indigenous contractor you actually can’t do big or complicated jobs,” Mr Wolf told Business News.

“There are some glass ceilings that we need to break through … we’re trying to convince people that first and foremost we’re a contractor and the fact that we’ve got this high indigenous employment aspect to the business is a bonus.”

Mr Stocker founded Pilbara Logistics (now called PLWA) in 1998 and has held numerous contracts with some of the largest corporations operating in WA.

Most of those contracts have been secured by partnering with a non-indigenous company.

For example, a joint venture with Toxfree enabled PLWA to get a foot in the door at FMG’s Cloudbreak and Christmas Creek mine sites via a waste management contract.

PLWA has also secured contracts in its own right with FMG, BHP Billiton, and Newcrest.

But, like Mr Wolf, Mr Stocker is scathing in his opinion of how Aboriginal businesses are perceived.

“Major contractors are still given preferential treatment based on the assessment of risk and Aboriginal companies are forced to joint-venture when they shouldn’t have to, just to secure work.”

Mr Stocker said overall change had been slow and when the slowdown in the mining sector arrived it was Aboriginal businesses that were the first to have work cut back or canned.

“Cutting of costs was the priority and Aboriginal businesses, which had been forced to carry the development load for Aboriginal employment and the costs involved with that, were the first companies shown the door,” he said.

“Worse still, the same old paper thin joint ventures were given preference because a major company strapped to the slimmest of Aboriginal connections.”

Mr Stocker said stated intents around indigenous economic development laid out in contracts with major corporations were often ignored because there were no penalty clauses.

Offshore Marine Services Australia is one company with the best of intentions when it comes to furthering indigenous economic development.

It has held a strong dedication to employing indigenous workers since it was founded in Australia as a joint venture between Offshore Marine Services and PB Towage.

It has also run two pre-employment training programs to prepare indigenous candidates for work on its major contract – marine logistics for Chevron’s Gorgon project held with the Kellogg Joint Venture.

About 26 per cent of its 135 staff working on the job are indigenous.

General manager of employee relations, Ben Matthews, said the company’s fundamental commitment to indigenous employment was strengthened by pressure from the major companies it worked with.

“There are commitments under each of the contracts which are fairly clear about utilising indigenous businesses and increasing opportunities of training and employment for indigenous Australians,” he said.

“We provide a report each month which shows how many personnel we have, the indigenous personnel that are employed and what we’re doing to provide opportunities.”

OMSA strives for excellence when it comes to indigenous employment and is unlikely to waver in that quest, he said.

But if it did fail to jump through any of Chevron or KJV’s hoops, the likelihood of ramifications is small.

“There’s no defined ratio or percentage (for indigenous employment targets) but it certainly is scrutinised,” Mr Matthews said.

“There are no penalties that I can see that would apply or anything like that; you would probably get some pressure from them to increase your participation rates or efforts.”

Chevron was unable to provide information about how its targets were enforced or measured.

Where there are laggards there are also champions – FMG being the most obvious, with founder Andrew Forrest establishing the GenerationOne organisation to further commitment under the Australian Employment Covenant.

GenerationOne has managed to convince 342 employers to provide 60,000 jobs, with more than 17,300 of those having been filled.

Clinton Wolf’s ICRG recently pledged a commitment to provide 150 jobs for indigenous workers over the next two years.

FMG has set itself a target of employing indigenous workers for 15 per cent of its workforce. It’s currently sitting at just more than 12 per cent.

In line with FMG’s indigenous commitments, Leighton Contractors, which has partnered with a number of indigenous businesses, is aiming for 20 per cent indigenous engagement on its $2.8 billion contracts for the Solomon hub.

The 1,000 indigenous employees at Rio Tinto account for roughly 4.4 per cent of the miner’s Pilbara iron ore workforce.

Buru Energy has a much higher percentage; while from a small base of 93 workers, the 49 per cent indigenous contingent is impressive.

Some of those include ICRG workers contracted to Buru.

Mr Wolf said examples such as that of Buru would be more prevalent if the government stepped up and mandated indigenous involvement.

That argument drew a mixed reaction from among those spoken to by Business News, including PricewaterhouseCoopers Indigenous Consulting principal Shane Devitt, who said such a move would take away necessary competition.

“If you know you’re going to get a certain percentage anyway, why would you try hard and extend yourself?”

Rather, he said, businesses needed to mature and improve their systems and processes to win work over non-indigenous competitors (see story pages 13-14).

While established players battle it out for bigger and better contracts, new shoots continue to emerge in the small business sector.

One includes MIB Traffic, which is a business borne from Traditional Owner group Martidja Banyjima.

Last week it signed a new joint venture with Sadleirs Nexus to deliver freight and consumables to mining camps operated by Morris Corporation under a two-year contract worth $14 million.

Another is the Mingullatharndo Community’s Pilbara Indigenous Nursery, which has been contracted to provide LandCorp with thousands of native plants for its Gap Ridge and Mulataga developments in Karratha.

GenerationOne’s development director Jeremy Donovan said indigenous businesses were emerging from a range of sectors that were not initially considered obvious, with tourism and retail among the big growth areas.

“People initially assume that the 60,000 jobs that we’ve generated have been from the mining industry, but in actual fact it’s such a broad array of jobs through retail, hospitality, catering and all different services such as logistics,” he said.

“For a long time in Australia we’ve used the face of Aboriginal Australia to leverage our tourism campaigns … now it’s time to utilise that uniqueness and build a retail business.”