Stokes biographies tell some of the story

Kerry Stokes is one of Australia’s wealthiest and most private business leaders, but that has changed with the release of two biographies in two years. However conspicuous gaps in what we know about his deals and erstwhile partners remain. 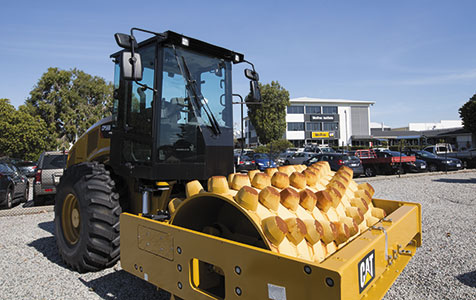 WINNING PLAY: Turnover at WesTrac Australia soared during the mining boom to peak at $4.1 billion in 2012-13. Photo: Attila Csaszar

Kerry Stokes is one of Australia’s wealthiest and most private business leaders, but that has changed with the release of two biographies in two years. However conspicuous gaps in what we know about his deals and erstwhile partners remain.

Some of the biggest setbacks in Kerry Stokes’ 60-year business career have laid the groundwork for his success.

In 1987, for instance, he was desperate to join the big league in television by establishing a national network.

In the bidding frenzy that year, as the likes of Alan Bond and Christopher Skase moved to take advantage of new regulations, Mr Stokes lost out and instead sold his media assets to Frank Lowy.

While that was a major disappointment, it meant he was cashed up when the 1987 stock market crash wiped out many other entrepreneurs.

Around the same time he made what he now considers his worst-ever investment – paying $US178 million for a newly built 72-storey skyscraper in Dallas.

“We bought it for about 30 per cent below construction cost, but in America things can get very bad before they get better,” Mr Stokes said last week.

He lost about $40 million on that deal but at least some positive developments were to follow, for it was in the Bank of America Plaza – as the building is now known – that he had a crucial meeting with the top people at Caterpillar Inc.

That meeting resulted in Mr Stokes securing the lucrative franchise for Caterpillar equipment in Western Australia in 1990, to which he later added NSW and north-east China.

The big profits from the WesTrac Caterpillar business gave him the financial muscle to become a big-time media proprietor, winning control of the Seven Network in 1995 and West Australian Newspapers in 2008.

The scale of Mr Stokes’ business empire is now easy to see – his major assets are housed in public companies Seven Group Holdings and Seven West Media, and his shareholding is worth nearly $2 billion.

He also owns what may be Australia’s largest private collection of art and historical artefacts, and has become a prominent philanthropist.

It’s hard to imagine any of this success, after he was born John Patrick Alford to an unmarried barmaid in Melbourne in 1940.

His adoptive parents changed his name to Kerry Matthew Stokes but offered little else.

He had a dirt-poor upbringing in a dysfunctional family, before leaving home at age 14 to work in a variety of jobs in factories, wool stores, printing presses and shearing sheds.

Mr Stokes’ native intelligence and appetite for hard work served him well even at this young age, according to his biographers.

He moved to Perth in 1960, in unusual circumstances.

Mr Stokes’ authorised biography The Boy From Nowhere explains that he hastily left Melbourne to avoid a scrape with the law, after a motor vehicle accident.

He literally walked out of an unlocked holding cell, during a lunch break at the magistrate’s court, and never looked back.

“By the time the magistrate had finished his lunch, the nervous teenager had grabbed a few belongings from his boarding house and vanished,” biographer Andrew Rule wrote.

Mr Stokes also came to Perth in pursuit of the woman who would become the first of his four wives.

One of the few possessions he brought was a dictionary he’d been given five years earlier by an older colleague who saw potential in the young Stokes; his goal was to learn three new words every day, to make up for the lack of formal education.

Mr Stokes’ first job in Perth was installing TV antennas – a skill he learned in three days swotting in a public library.

That produced a steady income but he wanted more, and so joined real estate agency HG Seymour.

He followed this by establishing his own agency – KM Stokes & Associates – which rapidly became a substantial business at a time when Perth property values were booming.

By all accounts Mr Stokes was a highly successful salesman and shrewd investor, but this came at a price.

As Rule wrote, Mr Stokes was considered a “brash interloper” and “his aggressive sales methods were raising hackles as well as profile and profits”.

He soon had a run-in with the Land Agents Supervisory Committee, not the last time regulators would look carefully at his business deals.

The next big step came in 1967, when he teamed up with Subiaco footballer Kevin Merifield to establish a successful land syndication business.

Soon after, the two men teamed up with Jack Bendat, newly arrived in Australia, to develop a series of shopping centres across WA.

Kevin Merifield pulled out of the business in 1970, while Messrs Stokes and Bendat continued to work together, investing mainly in property and media assets.

The two men split in the mid-1980s and neither Andrew Rule nor Margaret Simons, who wrote the unauthorised biography Kerry Stokes: Self-Made Man, was able to explain why.

Mr Bendat, who is best known today for his philanthropy and ownership of the Perth Wildcats, is depicted very favourably in the Simons book.

She describes him as “a hero in the mythology of the state” and says he was “badly burned” as a result of Mr Stokes’ media plays in the mid-1980s. This included Mr Bendat losing control of the Golden West TV network.

Rule’s authorised biography has a very different tone, saying “people still talk about the Bendat of those days more with admiration than affection”.

He quotes Kevin Merifield saying: “To Jack’s credit, he built fast and he built economically. But he played hardball with the subcontractors”.

“Stokes would observe later that the secret to staying in partnership with Jack Bendat so long was to park his own ego,” Rule wrote.

“He was probably embarrassed by his partner’s hard line with creditors and contractors.”

The contrasting depictions of Mr Bendat are among several major differences between the two biographies.

The Simons book is highly critical of Mr Stokes; it questions the complex, related-party business deals he has completed, highlights criticism by regulators, judges and other official bodies, accuses him of being a womanising playboy, and is damning of his treatment of his first wife and their two children.

Rule is much gentler in his depiction of Mr Stokes’ regulatory scrapes and failed marriages, saying the latter had more to do with being a workaholic or studying hard at night school in his 20s.

Some of the state’s best-known business figures have had an involvement in the Caterpillar franchise in WA, which has arguably been the single biggest contributor to Mr Stokes’ growing fortune.

The Wigmores family held the franchise for many years, until Robert Holmes a Court’s Bell Group took control of Wigmores in 1983.

Wigmores was the vehicle Mr Holmes a Court used for his audacious takeover bid for BHP.

It came under the control of Bond Corporation after the 1987 crash, to the dismay of Caterpillar head office, which did not consider Mr Bond a suitable owner.

Wesfarmers tried to take over the franchise, putting in what it considered a “Rolls Royce proposal”, according to the company’s recently published 100-year history.

Caterpillar conceded that Wesfarmers had the strongest tender, according to former Wesfarmers managing director Michael Chaney, but there was a problem.

Its subsidiary Bunnings, then a timber company, owned some Caterpillar timber cutting machines and the Americans didn’t want an agent that was also a customer.

“They also preferred to deal with an individual rather than a company,” former Wesfarmers director Erich Fraunschiel said in the Wesfarmers book.

Caterpillar awarded the franchise to American businessman Hal Morgan, but then encouraged Mr Stokes to acquire shares in the Morgan business.

The business did not perform to expectations, so Mr Stokes pounced.

He invited Caterpillar’s top brass to his Dallas office, where he convinced them he was the right man to hold the franchise.

Mr Stokes paid $50 million for outright ownership of the WA franchise, which at the time had annual turnover of $350 million.

Former Stokes lawyer Neville Owen, who went onto become a Supreme Court judge, recalled that the paperwork to complete the deal was signed at 4am on Christmas Eve in his lounge room in Nedlands.

Mr Stokes’ relationship with Caterpillar has grown closer over the years.

In 1999, it asked him to take on the north-east China dealership, an area where its business had struggled.

Mr Stokes initially declined, saying he had enough on his plate, according to the Rule biography.

However, he was offered a lure – the opportunity to take over the NSW franchise, where Caterpillar also wanted a change.

The deal to take on the China franchise was signed aboard Mr Stokes’ boat on Sydney harbour during the 2000 Olympics.

The VIP guests included Beijing mayor Liu Qi, who called on Mr Stokes and his team at the Seven Network to help Beijing win the 2008 Olympics.

That was a measure of Mr Stokes’ growing influence.

Just seven years earlier in a scathing put-down of ‘Little Kerry’, prime minister Paul Keating said: “I don’t have to deal with the Kerry Stokes of this world. He’s a bit below my speed”. How quickly things change.

WesTrac took over the NSW franchise in 2004, and in 2010 the entire business was merged into listed company Seven Group Holdings.

Turnover at WesTrac Australia soared during the mining boom to peak at $4.1 billion in 2012-13, before returning to more normal levels last year of $2.4 billion.

At last week’s launch of The Boy From Nowhere, Mr Stokes didn’t talk much about business, other than saying the Dallas building was the worst investment he’d ever made.

Instead he preferred to talk about his philanthropy, people who have helped him along the way, including his long-serving Vietnamese housekeeper, and the instincts that motivate him.

He illustrated the latter by talking about the days when he used to play snooker against Freehills partner Barry Johnston.

“One thing I’ve found in my life was, I couldn’t play as well unless there was money on it,” Mr Stokes said.

“He used to beat me every night at the snooker, until we put a quid on it, and then he never won a game.

“I was trying just as hard without the money, I just wasn’t as clear and focused.”

Judging by Mr Stokes’ success over the past 60 years, he is a very focused man.

He has no plans to retire, but when he does, the name will live on.

Ryan Stokes – one of two sons from his second marriage – is chief executive at family company Australian Capital Equity and a director of the public companies, and a clear heir apparent.