A state government development board has given Kerry Stokes-backed developer Flagship the green light to build a 27-storey tower, valued at $180 million, in the CBD. 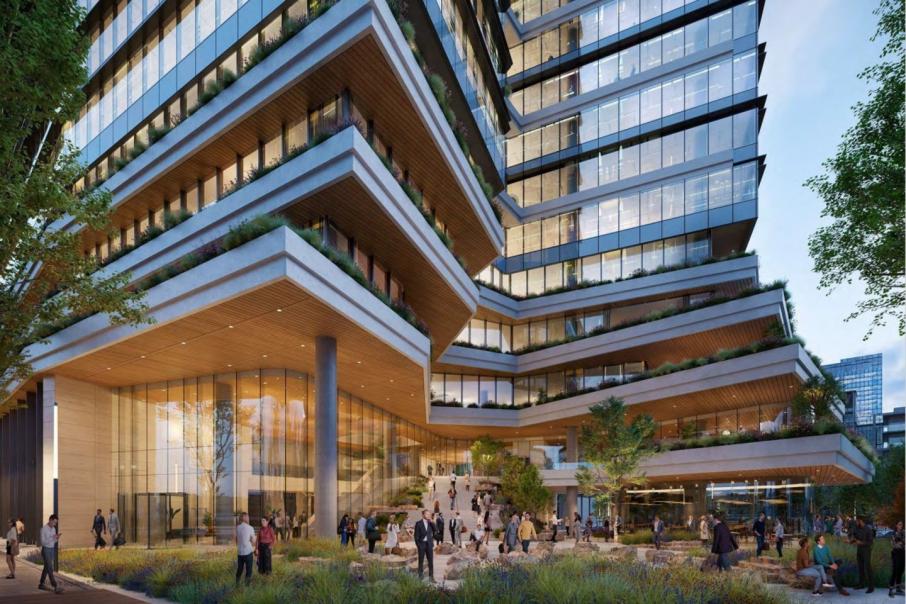 Render of the 27-storey building, the Kings Square 5 tower, on Wellington Street. Image: element and Architectus

A state government development board has given Kerry Stokes-backed developer Flagship the green light to build a 27-storey tower in the CBD.

The DevelopmentWA board has approved the $180 million proposal to build an office tower on a 4,153 square metre lot at 580 Wellington Street.

The board approved the application at its meeting last week subject to conditions, including construction of the development to be substantially begun within four years.

The development application was lodged by element and Architectus on behalf of Flagship Property Holdings and was advertised on the DevelopmentWA website late last year.

The Kings Square 5 commercial tower comprises 20 floors of office space, three levels of co-working and conference centre, and recreation facilities on the mezzanine.

Other features include three restaurant or cafe tenancies, a tavern and a landscaped plaza on the bottom floors.

Kings Square 5 commercial tower is one of seven towers in the precinct and is part of the $5.2 billion Perth City Link, which aims to reconnect the CBD with Northbridge.

Mr Stokes' Seven Group Holdings is Flagship Property Holdings’ major shareholder, with a 48 per cent stake in the company.

The Kings Square 1, 2 and 3 towers were pre-sold to Dexus Property Group and Dexus Wholesale Property Fund for more than $434 million in 2013.

Health insurer HBF has occupied the 10-storey Kings Square 4 tower, which was developed by Leighton Properties on behalf of Seven Group Holdings.

Seven Entertainment's application to build two residential apartment towers of 49 and 43 storeys for Kings Square 6, worth $190 million, received approval in 2015.